Parents of baby found hanged behind couch with cuts, bruises and cigarette burns ‘won’t be charged’

Thomas Cannette, 27, was convicted of child neglect in 2017 in Jackson after smoking drugs in from of one of his children 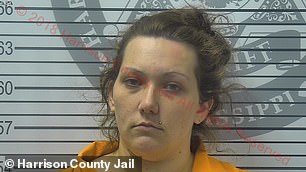 A mother and father of a one-year-old found hanged between a couch will not face any charges relating to his death – despite investigators finding evidence that he may have been abused.

21-month-old Rowan Cannette died from an accidental hanging after getting trapped behind a couch at home in Harrison County, Missouri.

He was found stuck with his head resting against the back of the sofa and his body stuck dangling between the wall.

However, after his death investigators discovered a series of bite marks over his face, arms and legs, as well as bruises all over his body.

A number of cigarette burns were also found on the bottoms of his feet. On closer inspection, investigators determined that each mark was at a different stage of healing and as a result must’ve happened on several different occasions.

Despite this, police have said that Thomas Cannette, 27, and his girlfriend, Casandra Lopresto, also 27, will face no action over the death of Rowan. 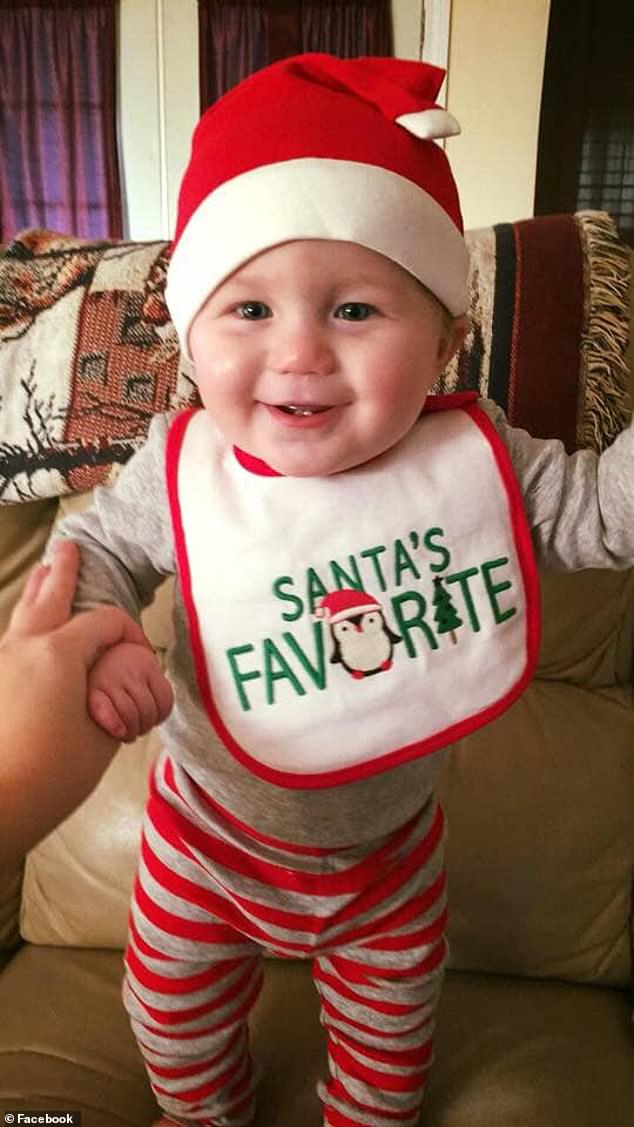 Baby Rowan was found lifeless on December 3 in Harrison County, Missouri, after his parents awoke. He was rushed to hospital but pronounced dead from accidental asphyxiation by doctors

‘There’s nothing in the investigation that shows they caused his death,’ said Harrison County Sherrif Troy Peterson.

The pair awoke to find Rowan’s lifeless figure behind the couch on December 3 and rushed him to hospital, the Sun Herald reported.

Doctors pronounced him dead as a result of accidental asphyxiation, but investigators remained troubled by the apparent signs of abuse over his body, as well as on Rowan’s two siblings’.

Cannette and Lopresto were both charged with three counts of child neglect, but the charges regard their surviving children – a two-year-old boy and a three-year-old girl- and drug paraphernalia found at their home.

The other two children were reportedly found with meth in their bloodstreams, which investigators say could only happen if the drugs has been taken by the child.

Prosecutor Herman Cox said: ‘Meth got into their blood streams, and the expert who performed the test said the only way that can happen is through ingestion, not by being present when meth is smoked’.

Two drug pipes were found in the residence, but Cannette insisted he used them to smoke marijuana outside the home, around five time a day.

Cigarette burns were also found on the feet of Lopresto’s daughter, but the couple deny any knowledge of the injuries and say they must’ve come from splinters. 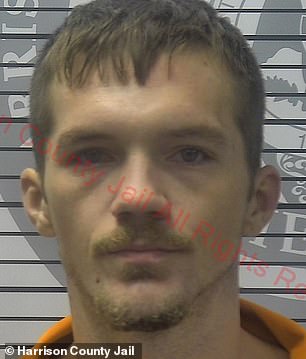 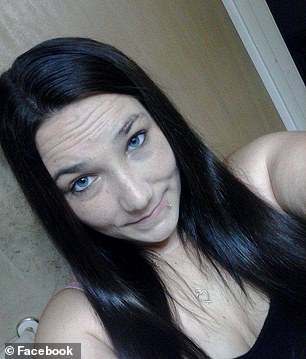 Neither of the parents will face charges relating to Rowan’s death, as police say they cannot find any evidence in the investigations that ‘shows they caused his death’.

All of the children were locked in a room with broken plywood strewn across the floor.

As detailed by prosecutors, the door to the room has jagged pieces that’d been damaged when the boy tried to get out.

Using a hook-and-eye latch on the outside of the door, the couple had been locking the children in the room every time the parents slept, for three months.

‘The couple had been locking the children in their room because, as Mr. Cannette said, his 3-year-old son would get into the icebox and tear everything up,’ Prosecutor Cox said.

‘I don’t know what the parents were thinking,’ he added.

‘All the evidence of different types of abuse shows these parents knowingly allowed the continuing physical abuse of their children. It’s just disgusting.’ 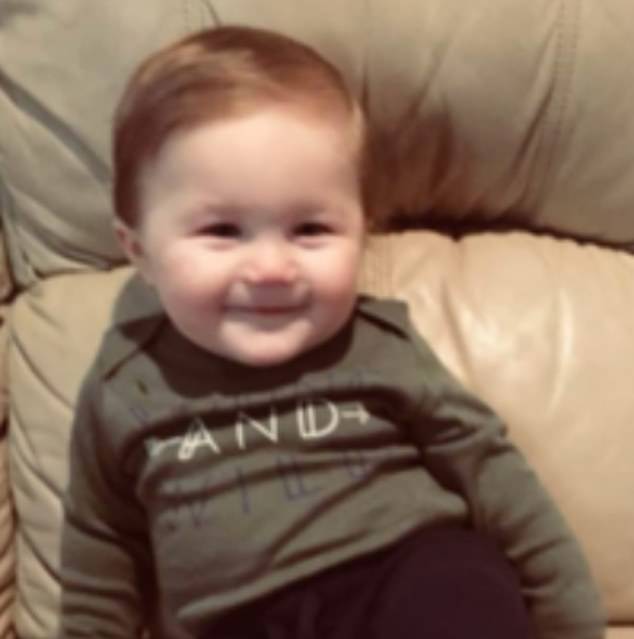 Bruises, bite marks and cigarette burns were found over Rowan’s body. On closer inspection, each of the burns appeared to be at a different stage of healing, which would mean they occurred on different occasions, according to prosecutors

Cannette was convicted of misdemeanor child neglect in Jackson County in 2017 after he and Rowan’s mother smoked marijuana in front of two children.

According to the Sun Herald, friends of Lopresto have alleged she was investigated by the Department of Human Services five years ago over issues that included a Facebook video.

The video apparently shows one of her daughters with a cup taped to the child’s hand.

In the video, Lopresto keeps asking the child to give her the cup, and she laughs as her child cries, unable to leave the cup in her hands, and then falls down.

The judge has tunred the case over to a grand jury, and the remaining two children have been removed from their custody.

Of the three counts of neglect facing the pair, each charge carries a maximum sentence of ten years in prison.