The parents of a child who died on a Year 11 trek in near 40-degree heat are suing the school for allegedly letting the boy take part in the deadly march.

Alexander Sheng Wei Li, 16, passed away from suspected heat stroke during the lengthy march at Huntingtower’s school camp in 2016.

His parents have engaged Maurice Blackburn Lawyers in a bid for justice they claim has been denied to them, and say their son’s death was ‘entirely avoidable’.

Alexander Sheng Wei Li, 16, with school mates at Huntingtower. He died while on a traditional school march in blistering heat 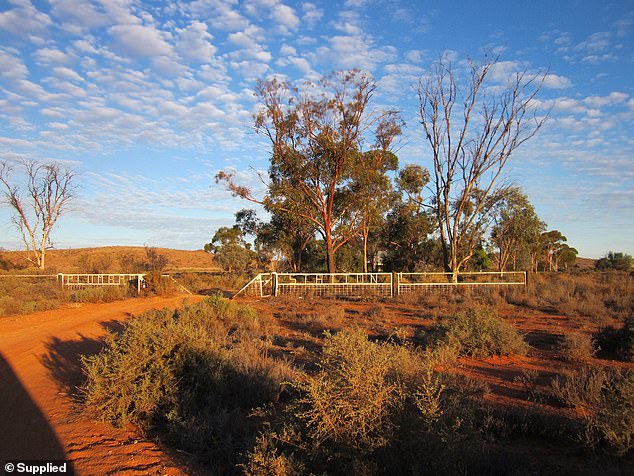 ‘Alexander’s parents trusted their much-loved son to the school and expected them to take care of him. Instead he was made to march through intense heat carrying an extremely heavy backpack. This was an entirely avoidable death,’ she said.

A statement of claim filed in the Victorian Supreme Court on Thursday states the Huntingtower student, in Glen Waverley, was in Year 11 when he embarked on the alleged march in South Australia’s Plumbago Station.

The hike had been a school institution which had spanned almost 40 years.

Its purpose was to supposedly teach the developing students ‘leadership’ and ‘team building’ skills. 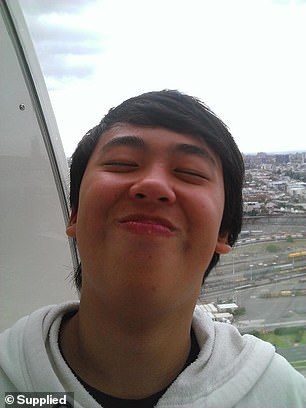 Parents were advised the traditional hike would be tough, but no one could have imagined their children might perish on the trek.

While the camp is not compulsory it is recommended that pupils attend.

The Students had been prepared for the march a whole year in advance of the 60km hike, which took place in the height of February’s summer heat.

Alexander was described as having a ‘stocky’ build and was not known to be physically active.

A coronial inquest found the child had been diagnosed with asthma in 2009, but doctor’s did not believe it was a major concern.

About 80 students took part in the trekking excursion, with Alexander branching off to a group of 13 monitored by no less than three teachers.

Court papers state he was carrying a 17kg pack and carried a separate water bag of about 7kg during the hike, which saw him walk 6.5km to the first campsite.

It was a tough night’s sleep, with ants terrorising the group, the coroner found.

At 5.30am, Alexander had his last bowl of Nutri-Grain and set-off on what was to be a 14km march in overcast conditions. 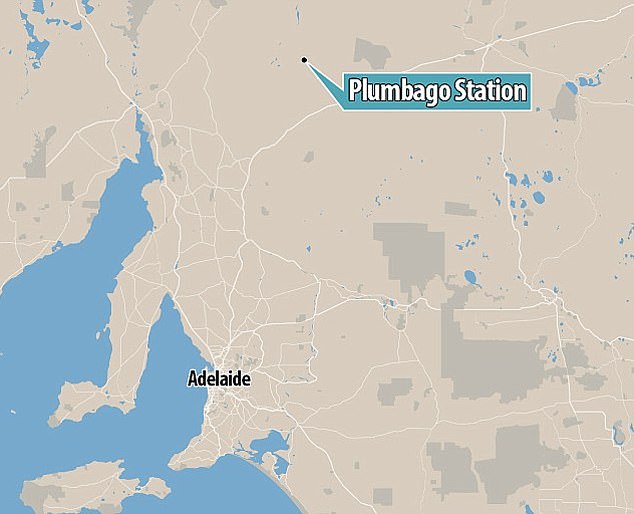 By 10.30am, mates noticed Alexander was struggling, but not showing real signs of fatigue.

But as the day progressed, and the blistering sun was exposed, Alexander was noted to be ‘hugging his water bag for dear life’, the inquest found.

A mate told the coroner that Alexander could hardly breathe and had hit the ground in an effort to draw oxygen into his lungs.

A teacher offered him a plain tortilla wrap, but the boy could couldn’t move.

He was put to the front of the group to lead the pack in an effort to provide the struggling child with some kind of dignity.

But by then his throat was whistling and he had become tired and confused, the inquest heard.

Alexander had drank his full pack of water, but he still yearned for more as the march continued, the coroner heard.

As the heat reached 39.1C, Alexander began to panic.

A teacher placed a wet scarf around his neck as the desperate teenager became delusional, yelling out incoherent remarks.

He tried to stand, but fell into a bush. 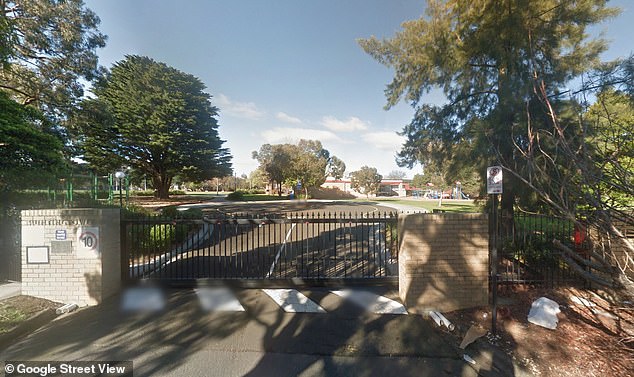 By the time a teacher called in an evacuation, Alexander was slumped over and shaking.

As the temperature soared to 39.5C, Alexander was placed into the back seat of a car and the air conditioner was pumped up to max.

It was all too late.

By the time paramedics took over, he could not be saved.

Deputy State Coroner Iain West was scathing in his assessment of the school and it’s camp.

He recommended the school cease holding the camps at the height of summer and condemned it for making students hike over long distances carrying packs in blistering heat.

The coroner also recommended the school adopt better guidelines for heat stress management, including limiting strenuous activity to 60 minutes per session when the temperature is between 31 to 35 degrees and postponing activities when the temperature exceeds 36 degrees.

Maurice Blackburn lawyers allege Huntingtower owed Alexander’s parents a duty to exercise reasonable care and skill in the running of the camp and its care of their son.

‘The defendant was negligent in its running of the camp such that the deceased died and the plaintiffs’ suffered injury,’ it stated.

It is claimed the school broke it’s own risk management plan for the Plumbago Expedition for the limitation of physical activity in the ‘heat of the day’.

‘The staff did not check the temperature at all on the said date and did not know what temperatures the deceased would be walking in and therefore how to apply the Huntingtower Risk Management Plan for the Plumbago Expedition,’ lawyers stated.

According to the statement of claim, it is further alleged the school failed to consider Alexander’s fitness and health properly before instructing him to walk with a loaded pack and carrying water in temperatures which exceeded 35C and failed to provide sufficient time for him to acclimatise to the conditions at the station before commencing the hike.

Huntingtower principal Sholto Bowen was on a school camp in Indonesia and did not return Daily Mail Australia’s call.