The bar Plano massacre shooter Spencer Hight visited before he shot his ex-wife and seven of her friends in her home is being sued by parents of his victims.

A lawsuit filed by the parents of victims Darryl William Hawkins, Caleb Seth Edwards and James Richard Dunlop alleges bartender Lindsey Megan Glass was negligent in serving Hight, who was visibly intoxicated when he arrived.

Another bartender, Timothy Brandt Banks is also mentioned in the suit against The Local Public House, as is owner Jerry Owen – who told his employees not to call police – but only Glass and the bar are named as defendants.

During his time at the Texas bar, Hight pulled out two weapons, a fixed-blade knife and a gun, and told Glass he had ‘dirty work to do’, but police were not called, areport by the Texas Alcoholic Beverage Commission says.

Meredith Lane (left), 27, was killed when her estranged husband Spencer Hight (right) opened fire on her and several friends as they watched a football game. Hight was extremely drunk and had come straight from a nearby bar

The report, obtained by CBS, says when Hight walked inside – his second visit of the night, CCTV showed he was: ‘unsteady on his feet and staggered around the bar, running into tables and walking sideways’.

The 32-year-old gunman sat at the bar and pulled out a large knife. Glass texted Banks to tell him what was happening and said ‘Hight said he had dirty work to do’.

Banks said he was on his way to the bar, and Glass and Hight went to the patio area, where he pulled out a gun.

Glass told police once Banks arrived at the bar, he went out onto the patio with Hight before coming inside and asking which way Meredith Lane, Hight’s ex-wife, lived. When she showed him, Glass said he ran out the door before returning and asking for her full address.

Both bartenders drove to the home and saw Hight. They called 911, the first police call of the night. 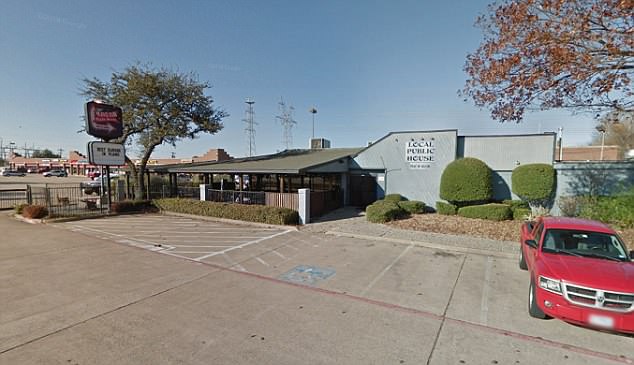 When Hight entered the Local Public House (pictured), he was visibly intoxicated as was still served alcohol, a report from the Texas Alcoholic Beverage Commission said

31-year-old Rion Morgan (left), who was a groomsman when Hight got married and Anthony ‘Tony’ Cross (right) were also killed by Hight in the mass shooting on September 10 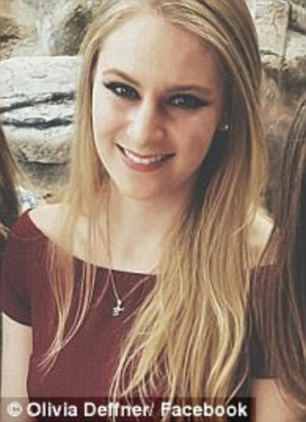 Hight had driven to his 27-year-old estranged wife’s home, which was only a few blocks from the bar, and barged inside.

She was in the home with seven friends, all who had gathered to watch an NFL game, when he opened fire and killed all of them.

A witness who was in the backyard at the time said she heard Meredith plead for her life, asking Hight: ‘Did you really have to do this?’

Hight was shot dead by a cop shortly after the attack, which unfolded just hours before what would have been his sixth wedding anniversary.

Lane had filed for divorce from Hight, citing ‘discord or conflict of personalities,’ earlier in the year.

Consumed by fury, Hight had turned the gun on some of his own friends, including 31-year-old Rion Morgan, who was a groomsman at his wedding to Lane. 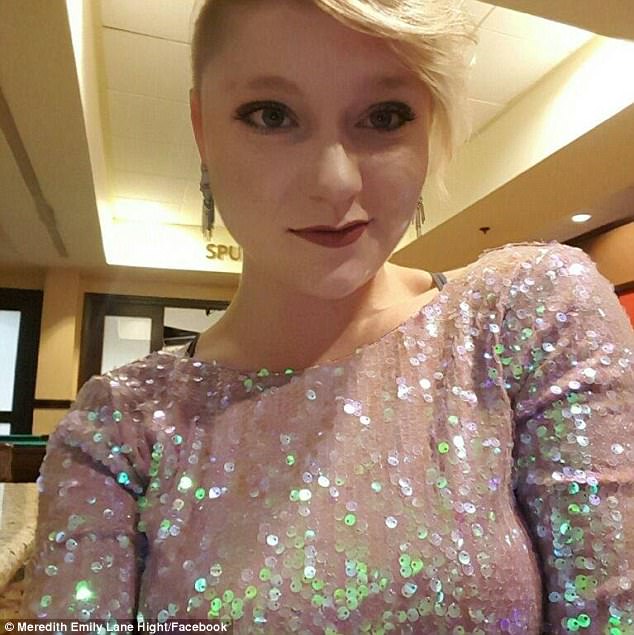 Meredith and seven other victims died on the scene; an eighth died in hospital. A witness who was in the backyard at the time said she heard Meredith plead for her life, asking Hight: ‘Did you really have to do this?’ 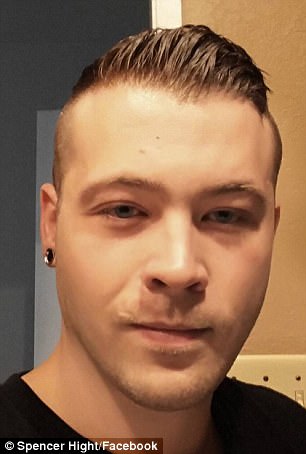 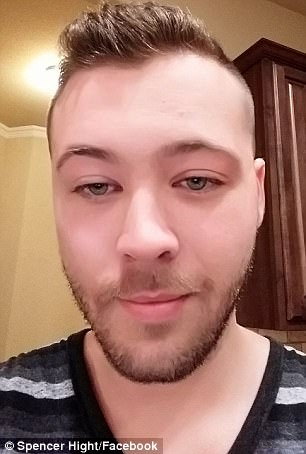 Hight was shot dead by a policeman responding to reports of gunfire, and an autopsy later showed his blood alcohol content was four times the legal limit

Hight was then shot dead by a police officer who was responding to a report of gunfire in the home.

A medical examiner said Hight had a blood alcohol level four times the state’s legal limit when he committed the massacre.

The grieving parents claim Glass over-served Hight, which they allege contributed to his decision to murder Lane and their children.

‘If somebody had called the police, none of this would have happened,’ he said.

The families are asking for more than a million dollars in damages. 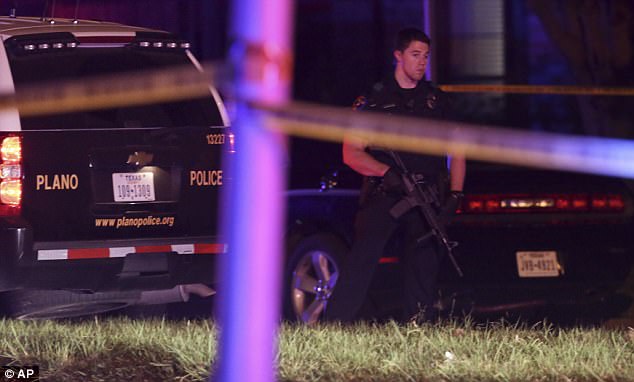