The parents of some of the students slain in the Parkland massacre have reacted furiously to comments by the former sheriff’s deputy who lingered outside of Marjory Stoneman Douglas High School while gunman Nikolas Cruz slaughtered 17 people inside.

Scot Peterson, the ‘Broward Coward’, broke his silence on Monday, saying that he hesitated to enter the school building during Cruz’s shooting spree because he thought it was a childish prank involving ‘firecrackers.’

That explanation failed to satisfy the bereaved parents who say that Peterson is trying to deflect blame.

‘I’m tired of him trying to paint himself as the victim,’ Fred Guttenberg told the Miami Herald.

Guttenberg’s daughter, Jaime, 14, was one of the 17 students and faculty who were killed during the February 14 shootings.

‘He is not a victim. He created victims.

Coward cop: Scot Peterson is breaking his silence in an interview with The Washington Post, four months after he failed to engage school shooter Nikolas Cruz

‘He keeps referring to them as his kids. They are not your kids, Scot Peterson. You let them die!’

The 55-year-old Peterson said on Monday that if he had known ‘what I know today,’ he ‘would have been in that building in a heartbeat…it was my kids.’

Peterson said he was only able to track down Cruz’s location toward the end of the shooting rampage.

But Guttenberg says he is not convinced.

Guttenberg added: ‘This interview makes him even more pathetic than he already was. You failed me and my daughter. 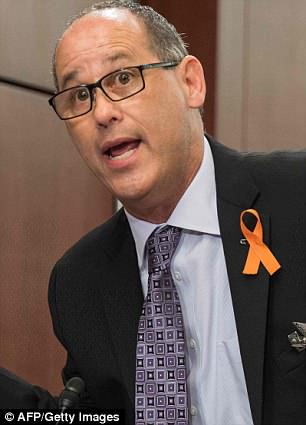 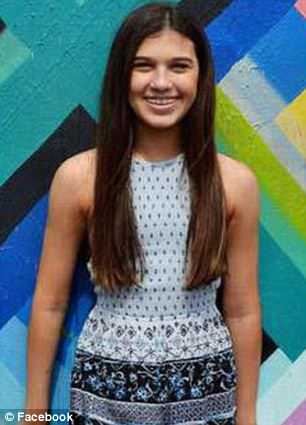 ‘I’m tired of him trying to paint himself as the victim,’ Fred Guttenberg (left), who lost his daughter, Jaime (right), said of Peterson 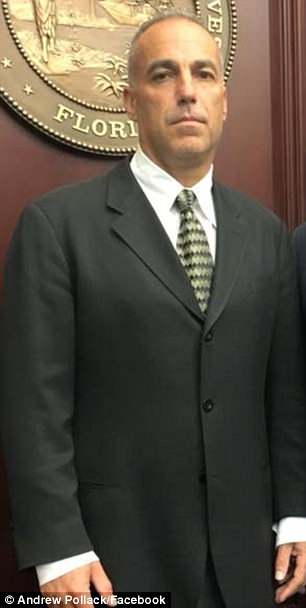 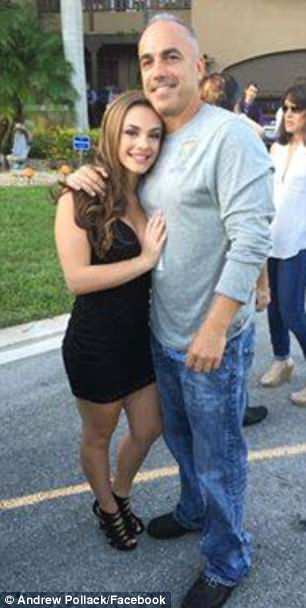 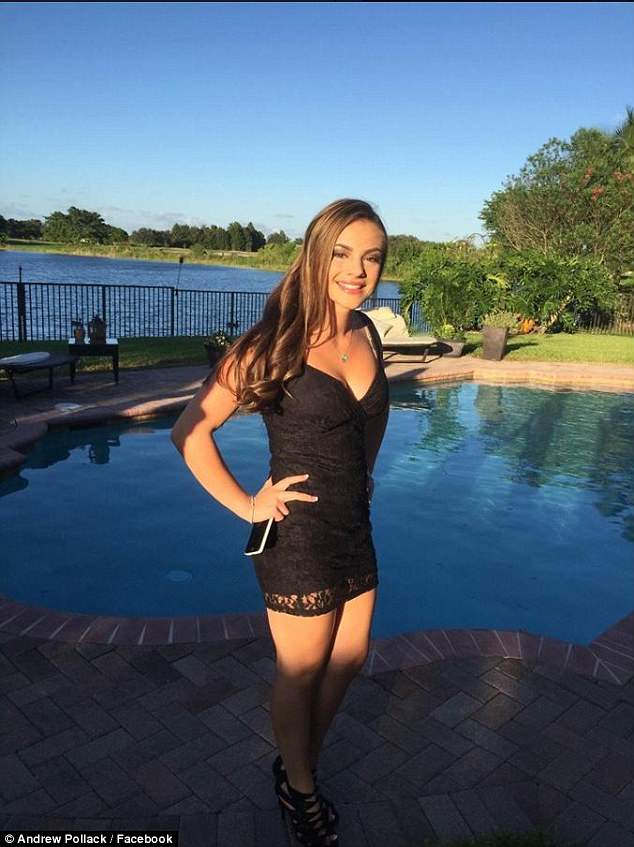 ‘If you are truly sorry, I challenge you to face me.’

Andrew Pollack is mourning the death of his 18-year-old daughter, Meadow Pollack.

Pollack said that he, too, doesn’t believe Peterson’s claim that he could not find Cruz until it was too late.

‘How could he find him if he’s hiding behind a wall?’ Pollack said.

‘I think the whole country knows he didn’t do his job and this interview was his way of him trying to live with it,’ Pollack told the Herald.

Pollack is suing both Peterson and Cruz for the wrongful death of his daughter, though he said that the sheriff’s deputy is his ‘main target.’

‘He could have stopped it. Could have saved my kid,’ the bereaved father said.

‘Nobody should be able to not do their job, received a pension, and ride off into the sunset.’

A week after the shooting, Peterson resigned from the Broward County Sheriff’s Office after it became apparent he would be fired following an internal investigation.

As part of his severance, Peterson has been receiving an annual pension of around $100,000 a year – which translates into monthly payments of $8,702.35. 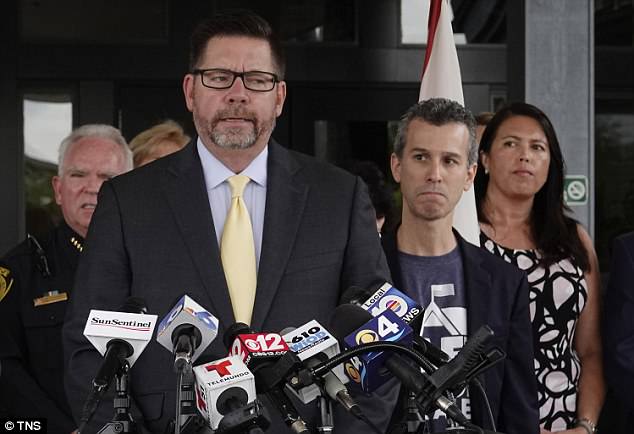 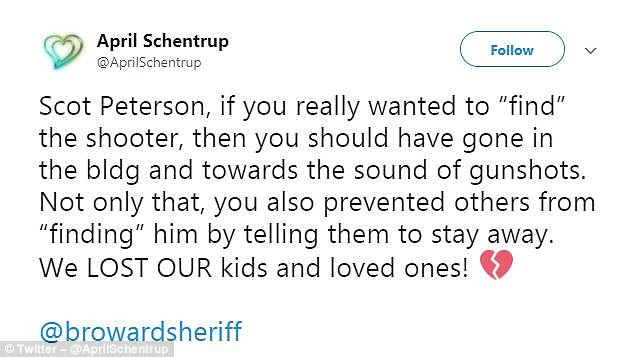 April Schentrup, whose lost her daughter, Carmen, 16, in the massacre, tweeted on Monday: ‘Scot Peterson, if you really wanted to “find” the shooter, then you should have gone in the bldg and towards the sound of gunshots’

‘I don’t understand how he can come out and say that he did do his job,’ said Schachter, whose 14-year-old son, Alex, was shot and killed.

‘He did nothing. He stood outside. He knew the guy was inside killing our kids. It’s all crap.’ 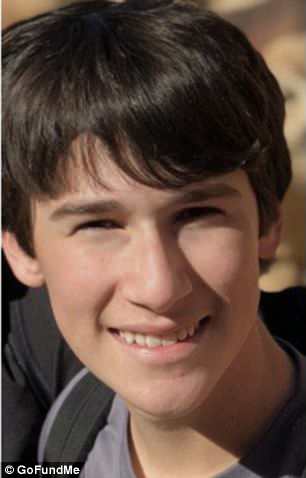 Max Schachter’s son, Alex Schachter, 14, was one of the students killed on February 14

April Schentrup, whose lost her daughter, Carmen, 16, in the massacre, tweeted on Monday: ‘Scot Peterson, if you really wanted to “find” the shooter, then you should have gone in the bldg and towards the sound of gunshots.

‘Not only that, you also prevented others from “finding” him by telling them to stay away. We LOST OUR kids and loved ones!’

Peterson told The Washington Post that after one of the school security guards radioed in to him after hearing gunfire he thought it was just a childish prank.

‘Probably a few kids acting like idiots,’ remembers Peterson, who had been told by the guard it sounded like a ‘possible firecracker.’

Peterson admits however that when he got closer to the building where Cruz was he immediately realized it was not firecrackers, but gunfire.

He still maintains though that despite not going into the building, he did everything he could at the time.

‘How can they keep saying I did nothing? I’m getting on the radio to call in the shooting,’ says Peterson.

‘I’m locking down the school. I’m clearing kids out of the courtyard. They have the video and the call logs. The evidence is sitting right there.’ 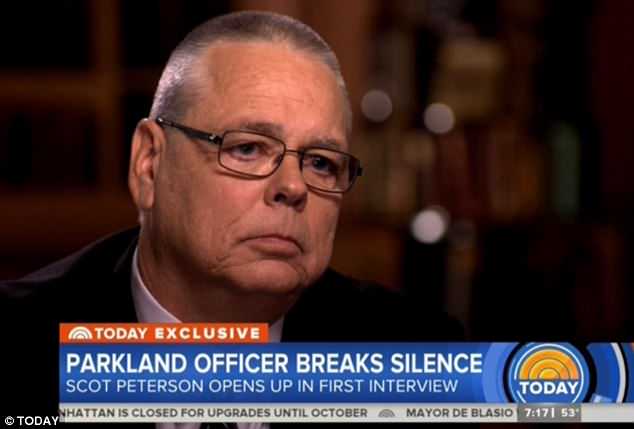 Openbing up: He will also be interviewed by Today in two segments airing later this week, saying that he regrets not going in to stop Cruz and calling the students ‘my kids’

Peterson will also be speaking on Today this week, and on Monday the NBC morning show previewed that interview, in which he could be seen bumbling when asked to explain why he did not go in the school.

‘I’m human…in the perfect world, oh, I would have said, “Oh, yeah, I know there was a shooter in there. Let me go to the third floor. Find this person,”‘ says Peterson.

‘You know…at that point if I would have known, I mean, knowing what I know today, I would have been in that building in a heartbeat, I mean, like I said, it was my kids….I didn’t know…I wrack my brain. I go, “Why?”‘

By the time the first gunshot victim was discovered, six minutes after that report of firecrackers, the massacre was over.

Peterson tells the Post that when he saw his girlfriend Lynda Rodriguez that day he said: ‘I couldn’t get him. It was my job, and I didn’t find him.’

He did not enter the building however to even try and locate Cruz, saying that he had been trying to search for the gunman for most of the massacre and did not near Cruz’s location until the end of his deadly rampage.

‘I was trying to figure it out,’ explains Peterson.

‘I was scanning for the shooter, looking over the windows, the sidewalk, the rooftop. I thought maybe it was a sniper like in Las Vegas. I just didn’t know.’

He was outside the building for close to a minute.

‘I could have come in over here,’ says Peterson while watching a simulation of the shooting.

‘I could have got him while he was reloading. If I’d just heard more shots, maybe I would have known where they were coming from.’

Peterson maintains that he heard only 2 or 3 rounds of shots, despite Cruz having fired off a reported 150 rounds of ammunition.

‘“They keep saying I did nothing, a coward,’ says Peterson at one point in the interview while catching up with a friend. 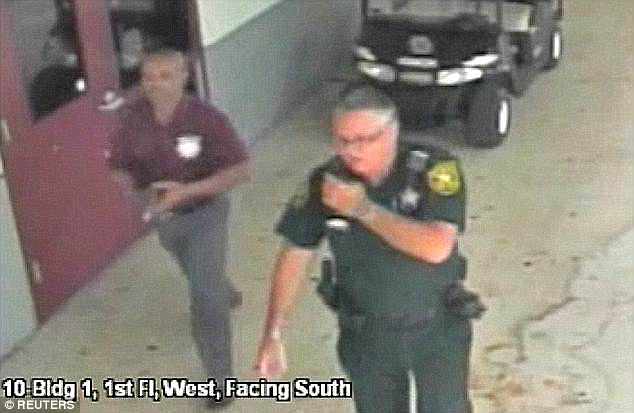 On the scene: He says that he thought it was ‘idiots with firecrackers’ after the gunshots were first radioed in, and began looking for a possible shooter (Peterson above on February 14) 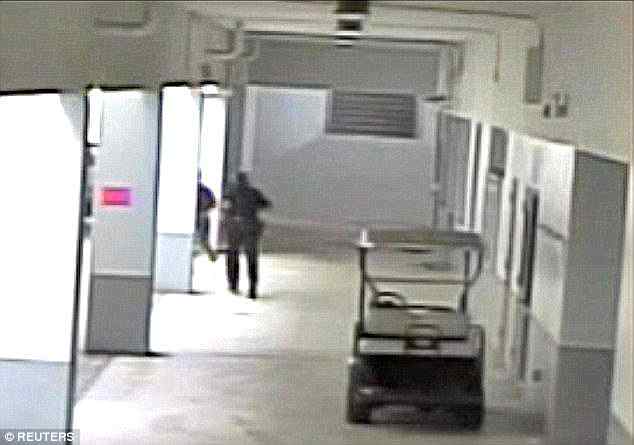 Moving out: Peterson also pushes back on the idea that he was a ‘coward,’ saying he did get to work and try to locate the shooter after that radio call came in

Prior to the shooting, Peterson had by all accounts been a exemplary employee.

An internal memo on Scot Peterson’s personnel file shows that he earned the distinction in May 2012, and was given the honor in large part for his work with the students.

‘Your district has recognized you as an exemplary deputy who has made a difference in the community where you serve,’ reads the memo.

And in March 2017, Peterson was nominated for Deputy of the Year.

‘Throughout 2016, Deputy Peterson conducted numerous investigations. He always went the extra step and followed through on each case and conducted thorough follow ups,’ wrote the recommending officer.

‘The crimes he handled including property crimes, assaults, and batteries, aggravated assaults, and narcotics violations. His investigative skills resulted in numerous arrests and recovered property.’

The recommendation also noted that Peterson ‘uses appropriate resources at his disposal, including mental health professionals and investigators from the school board.’

His recommendation for that honor came in the wake of his last annual review.

It also said that Peterson was expected to ‘continue to produce the high level of service to the students and staff at his school’ while recommending her ‘seek specialized training related to his duties as an SRO.’

Deputy Peterson was the only armed guard present on February 14 when the rampage started, Broward County Sheriff Scott Israel said at he time.

Peterson’s actions were caught on video during the massacre, which ranks as the second-deadliest shooting ever at a U.S. public school, carried out by a lone gunman wielding a semiautomatic AR-15-style assault rifle.

‘What I saw was a deputy arrive at the west side of Building 12, take up a position and he never went in,’ said Sheriff Israel, referring to the building on campus, popularly known as the ‘freshman building,’ where authorities said the bulk of the shooting occurred.

Israel told reporters the shooting in the Fort Lauderdale suburb of Parkland lasted six minutes, and that Peterson arrived at the freshman building about 90 seconds after the first shots were fired, then lingered outside for at least four minutes.

Peterson has not given a reason for why he did not enter the building, Israel said.

Neither the deputy nor any representatives could immediately be reached for comment.

Israel said he would not release the video at this time and may never do so, ‘depending on the prosecution and criminal case’ against Cruz, the 19-year-old former student who is charged with 17 counts of premeditated murder in the assault.

Authorities have said that Cruz, who was expelled from Stoneman Douglas High last year for unspecified disciplinary problems, made his getaway moments after the shooting by blending in with students fleeing the school for safety.

Police officers arriving on the scene from the adjacent city of Coral Springs thought the gunman was still inside as they searched the building, based on a security camera video feed that they mistakenly believed was showing them real-time images but was actually footage from 20 minutes earlier.