Parents of woman who died from overdose reject suicide

The parents of a sex attack survivor who overdosed on diet pills say they don’t believe she was trying to take her own life.

A coroner ruled her death a suicide yesterday, but exposed a series of failings in the overrun A&E department where she was treated.

Miss Shipsey had taken 14 overdoses before and was receiving mental health support following an abusive relationship – but her parents believe she took the pills as a cry for help.

Her father, Doug, told Good Morning Britain: ‘We don’t believe Beth committed suicide. This was another cry for help, as before.’

Mr Shipsey added: ‘The effects of the industrial compound and it accelerates the metabolism of the body to an extent that the body can no longer withstand it to the point of cardiac arrest.’ 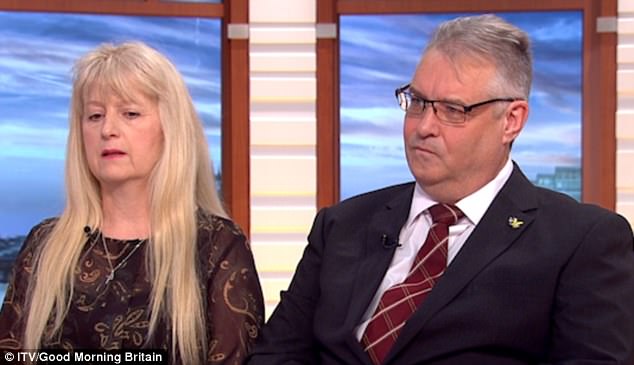 Her mother said that two expert witnesses who were not permitted to give evidence at the inquest said Beth could have pulled through.

She told the ITV show that staff at the hospital had not read information about the drug which her daughter had taken.

She added: ‘There’s a crisis in A&E and failings by staff. The hospital and staff are under so much pressure that inevitably mistakes are being made.’

The coroner echoed the family’s concerns, saying the doctor’s decision not to call the hospital poison unit ‘potentially’ cut her life short.

The Shipseys warned other parents of the dangers of deadly DNP and that ‘it’s not actually a diet pill’. 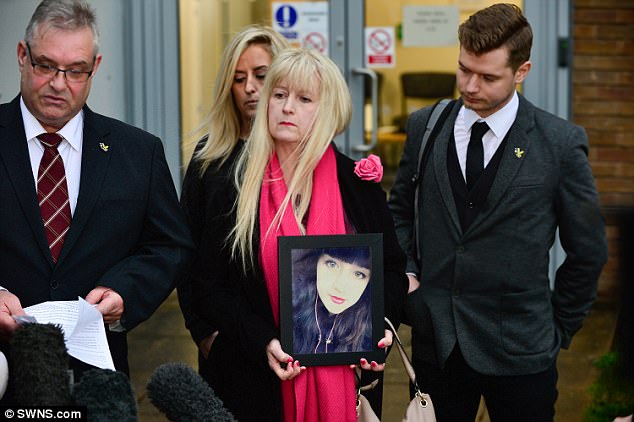 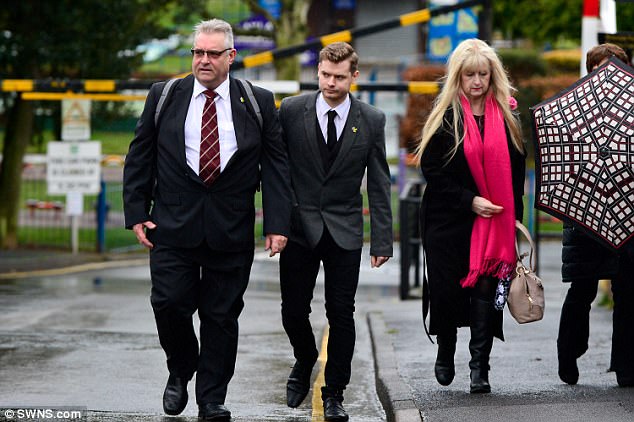 They slammed the ‘inadequate’ Worcestershire Royal Hospital where their daughter Bethany died, claiming she was exposed to ‘third world’ conditions in A&E

Carole Shipsey, 57, a nurse, said the failings in medical care on the busy emergency ward ‘didn’t give Bethany a chance’ and she had not intended to take her own life.

Bethany’s father Doug, 52, claimed the hospital has admitted there was a ‘system failure’ surrounding his daughter’s death.

The statement read: ‘There was no dignity, or privacy even in the final few moments of her life.

‘Nothing was done to help save Beth’s life.

‘Beth’s human rights were breached in the very place that you would most expect them to be preserved.’

Yesterday’s hearing was told she was taken to a resuscitation room, but was moved to make way for others, and only had a tracheotomy for respiratory arrest when it was too late. 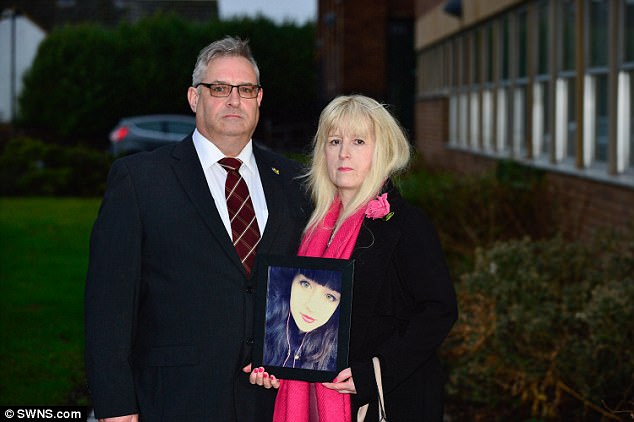 Her mother Carole Shipsey (pictured with husband Doug) who is a trained nurse, said the family counted 27 patients being treated on trolleys in corridors at the hospital

She was moved three times in 20 minutes and died uttering the words ‘mum, mum, mum’.

On the night she was admitted, the first junior doctor she saw, Dr Alireza Miroumaud, had never treated a patient who had overdosed on DNP diet pills before, the inquest was told.

He admitted he should have referred her to critical care hours earlier – but the department was full and he had been ‘too busy’.

He also failed to consult a service called Toxbase, which provides appropriate advice for medics on different drugs overdoses.

Following yesterday’s hearing, Bethany’s parents Doug, 52, and Carole, 57, slammed the hospital and said the Government were ‘complicit’ in their daughter’s death.

Speaking outside Worcester Coroner’s Court, Doug said: ‘Beth did not intend to take her own life.

‘In addition to the serious failings of the Worcestershire Royal Hospital, Beth’s life was brutally cut short by the effects of the deadly industrial toxic substance DNP, which was illegally sold as a so-called diet pill.

‘Beth was unlucky enough to be taken to an inadequate A&E department which was overcrowded, overwhelmed and under-staffed – literally a first world hospital in third world circumstances.

‘Even in A&E Beth stood no chance of survival. ‘During the inquest it became evident that a series of significant and serious failings led to Beth having a cardiac arrest.

‘She died on the same trolley which she had been aimlessly wheeled around the A&E department, in and out of the resuscitation room, around the overcrowded corridors which were full of public view.

‘No dignity, or privacy even in the final few moments of her life.

‘Nothing was done to help save Beth’s life. 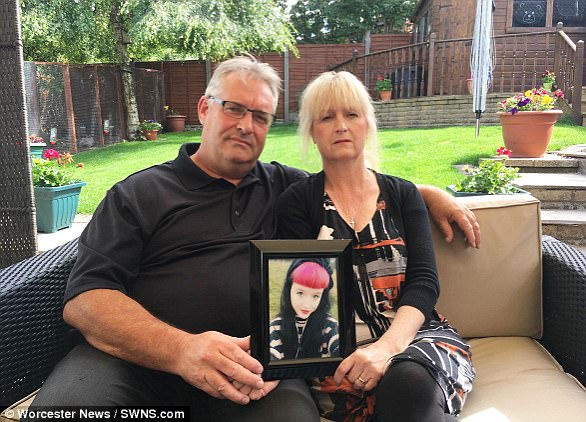 ‘Beth’s human rights were breached in the very place that you would most expect them to be preserved.

‘[This is] a system which is very broken. ‘The government blame winter pressures, but this happening all year round.

‘In any case, winter is no new phenomenon.

‘For as long as the situation is allowed to continue, the government’s failure to address it makes them complicit in all the harm and death caused to patients – not winter pressures.

‘The hard working nurses and doctors are expected to work and function in the toughest of circumstances, and this undoubtedly leads to mistakes.

‘Parents beware – it’s important that everyone knows that DNP is not actually a diet pill.

‘It’s a lethal industrial compound with no known antidote which is inserted into capsules and illegally sold over the internet.

‘Beth was a wonderful young person with her whole life in front of her but Beth has been cruelly taken from us and from her world.

‘We would like to meet Theresa May to hear exactly how and when she says all this will come to a stop in our hospitals across the UK, and also the deadly toxic substance DNP will have a proper and effective controls put in place.’

Kirsty South, a senior nurse on duty before Miss Shipsey died, broke down in tears as she gave her evidence.

She described the evening of the young woman’s death as ‘one of the most challenging shifts we have ever worked’ and confessed ‘it would be wrong for me to say that it doesn’t occur regularly’. 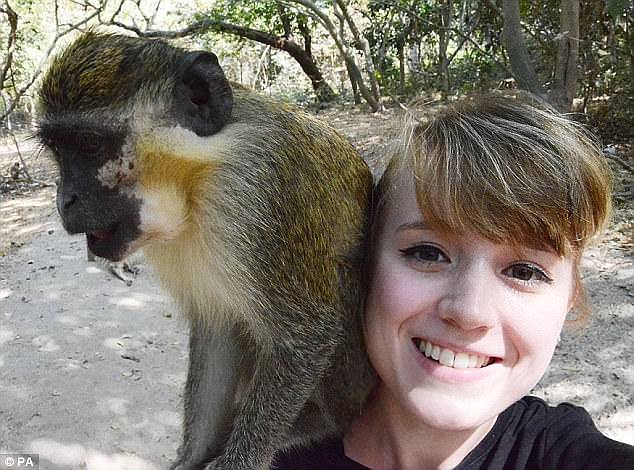 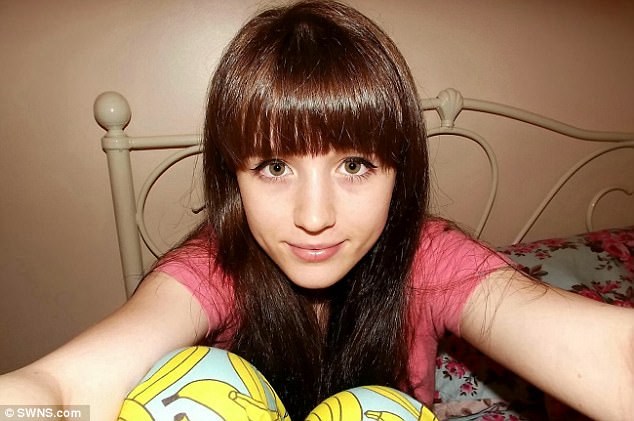 The inquest was told Miss Shipsey ordered the pills that killed her from the Ukraine online, before texting her friend with a sad face emoji and the words: ‘I have just overdosed on DNP.’

She was battling mental health issues after being sexually assaulted by her ex-boyfriend, Barry Finch, who was sentenced to six years in jail in August 2016.

Miss Shipsey was rushed to the Worcestershire hospital on February 15 2017, where she had been on home leave from its psychiatric ward.

Her mother said she ‘had false confidence in her fellow colleagues’ after A&E staff dismissed her daughter’s symptoms as a panic attack.

She said at one point she was even forced to try and open her daughter’s airways herself because of ‘complacent’ nurses failing to act. 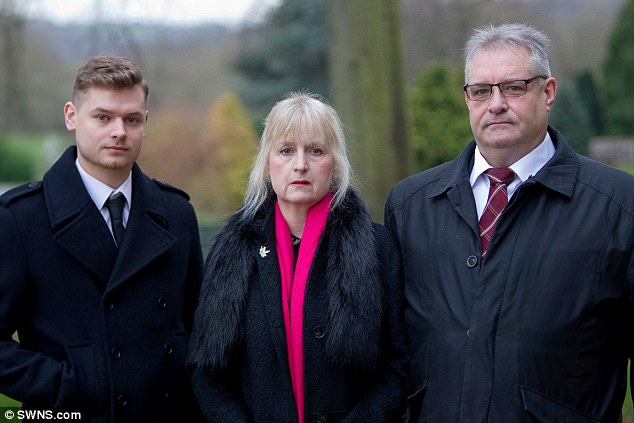 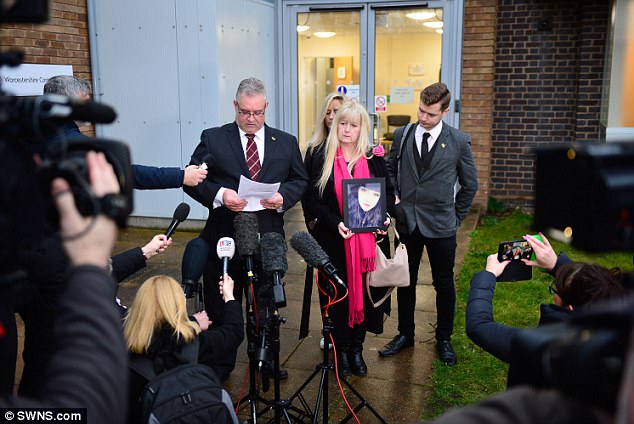 Her father (pictured left with rest of Shipsey family) told the hearing he was forced to show doctors what the killer drug DNP does on his phone, while his daughter complained of ‘burning from the inside’

Her father told the hearing he was forced to show doctors what the killer drug DNP does on his phone, while his daughter complained of ‘burning from the inside’.

Recording a verdict of suicide at Worcestershire Coroner’s Court, the coroner said: ‘Bethany was a young woman suffering with not insignificant mental health issues.

‘She had for some time been under treatment on the Worcestershire Royal Hospital psychiatric ward.

‘She had on several other occasions tried to take overdoses.

‘It is appropriate for me to consider now whether she intended to take her own life.

‘Whilst Bethany’s parents may not believe that, I find that it was the case.

‘The A&E was very busy. It was overwhelmed. It was not that the staff could not cope, it just meant that it took them longer to deal with each patient.

‘They were not understaffed but they did not have enough staff form the over capacity situation. 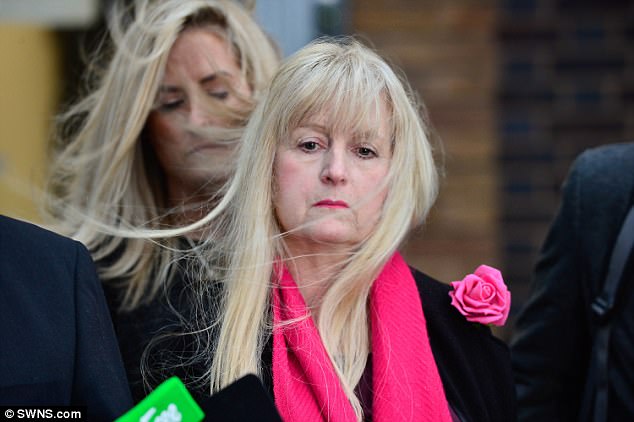 Carole Shipsey (pictured), 57, a nurse, said the failings in medical care on the busy emergency ward ‘didn’t give Bethany a chance’ and she did not intend to take her own life

‘Dr Niroumand said that Bethany needed to be observed.

‘He spoke to her, and established that her purpose in taking the drug was to take her own life.

‘Although he had not dealt with DNP before, he should have contacted the poison’s unit for guidance.

‘This was a naive and unjustified decision on his part.

‘Certainly making the call [to the poison’s unit] could have given him the opportunity to get guidance.

‘This was a missed opportunity which would have been critical in potentially prolonging Bethany’s life.’

The inquest heard how when a young male patient was rushed to the resuscitation room with a serious stroke, it was decided that Bethany would be moved to a cubicle. 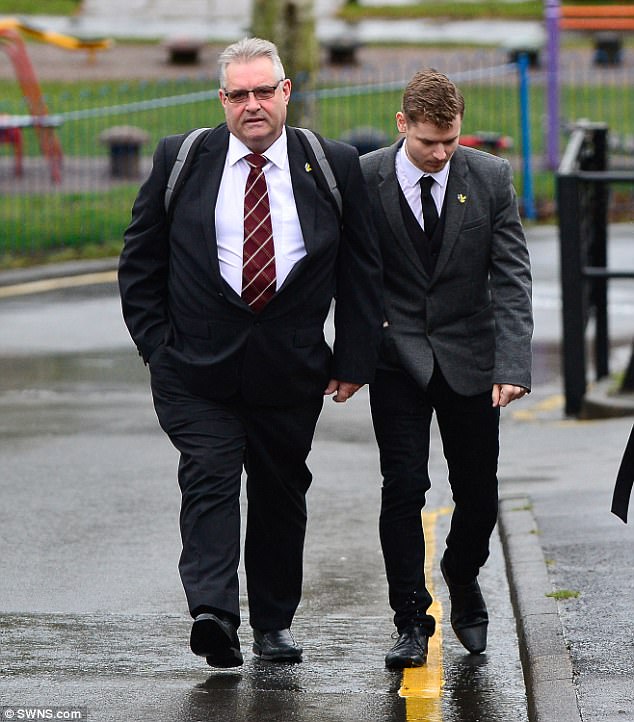 Bethany’s father (pictured with son Tom Shipsey) Doug, 52, claimed the hospital has since admitted there was a ‘system failure’ surrounding his daughter’s death

She was then seen by a nurse who claimed she had appeared a little agitated and was hyperventilating, but failed to write it down because she was ‘too busy’.

The coroner claimed this was a ‘serious failing’ and led to a ‘critical failed opportunity to provide alternative care’.

But he added: ‘I find as a fact that even if Bethany had received all of the treatments that were recommended she would on the balance of probability still have died.

‘Further, her life would not have been prolonged due to the high toxicity of the drug.

‘It might be right to say that there are failings, minor failings and serious failings, but these do not amount to gross failings.

‘On the issue of overcrowding, in the A&E ward, I have been told that in the latest Care Quality Commission report noted an improvement in dealing with overcrowding.’

At the end of the inquest, the coroner said he would write to the Secretary of State requesting the ‘sale and purchase’ of the deadly drug is banned.

For confidential support, call the Samaritans on 116123, visit a local Samaritans branch, or click here for details 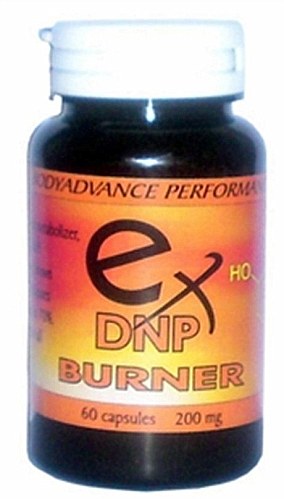 DNP is sold as a weight loss aid, but has been described as ‘extremely dangerous to human health’ by doctors.

It is sold mostly over the internet under a number of different names but contains 2, 4-Dinitrophenol.

It is marketed mainly to bodybuilders as a weight loss aid as it is thought to dramatically boost metabolism.

The manufactured drug is yellow and odourless and was previously used as a herbicide and fungicide. It was launched as a slimming aid in the US in the 1930s but then banned in 1938, due to the severe side-effects.

Depending on the amount consumed, signs of acute poisoning could include nausea, vomiting, restlessness, flushed skin, sweating, dizziness, headaches, rapid respiration and irregular heart-beat, possibly leading to coma and death.