Grieving parents say their autistic son, 20, took his own life after his addiction to social media sent him into a ‘rapid decline’

An autistic man’s addiction to social media sent him into a spiral of decline which eventually led to his suicide, an inquest heard.

Jake Braithwaite bought an iPad in October 2017 and creating accounts on website including Facebook in a bid to make friends.

An inquest into his death heard the 20-year-old entered into a ‘rapid decline’ and went from being an ‘independent, healthy, successful young man to gaunt, depressed and suicidal.’

He took his own life just six months after buying the gadget, an inquest has heard.

Jake Braithwaite, 20, was found dead after developing an ‘obsession’ with social media

Jake worked as an apprentice welder and did shifts in his local cafe at weekends.

His parents Anne and Mark Braithwaite, spoke out about their son after a coroner concluded he took his own life.

The couple said he went from being a hard-working young man who worked long hours to becoming became withdrawn and exhausted.

The couple, who run the Braithwaite Gallery in York, said Jake became unable to disconnect from the virtual world to the ‘point of obsession’.

Mrs Braithwaite told the inquest how social media had affected Jake’s sleep and his emotions, and later added: ‘No matter how we tried to restrict the hours of his access to this online social world, he would find a way around it, getting little or no sleep, and becoming completely emotionally overwhelmed.

‘He began having constant headaches, dissociative episodes and fits of shaking.

‘His ensuing rapid decline from an independent, healthy, successful young man to the gaunt, depressed suicidal lad he became we attribute to his engagement with the digital world and social media. Within six months he was dead.’

Mrs Braithwaite said that when Jake was younger, she and her husband restricted or carefully monitored his access to the internet, digital games and social media, because he ‘found it difficult to disengage with the virtual world.’

She added: ‘Interpreting what’s real, and not real, is difficult for most people – autistic people see things in black and white.’

Mrs Braithwaite paid an emotional tribute to her son at the inquest, saying he was a ‘big, kind-hearted lad with a loud laugh and an amazing, genuine smile’. 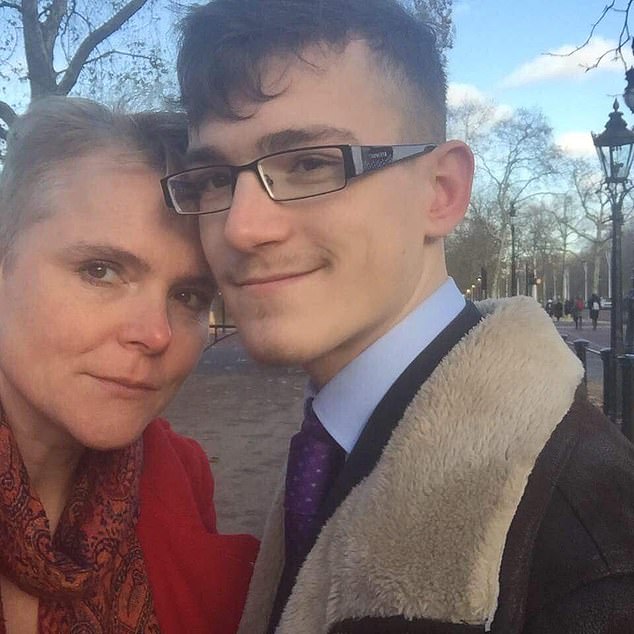 She added: ‘He was gifted at making things and had a creative imagination and talent in that direction. He loved the outdoors and was never more happy than going out and getting covered in mud.’

Managers from Tees, Esk and Wear Valleys NHS Foundation Trust admitted there were shortcomings in the care and support given to Jake in the months before his death last May.

They said too many different members of staff were involved in Jake’s care and communications between different departments and sections were not good enough.

They revealed that after a ‘serious incident review’ examined what happened, an action plan was drawn up to improve staff training across the trust to ensure a better understanding of the condition.

They also said an initial plan of care was now drawn up within 72 hours of a patient being referred to its crisis or home based treatment services. 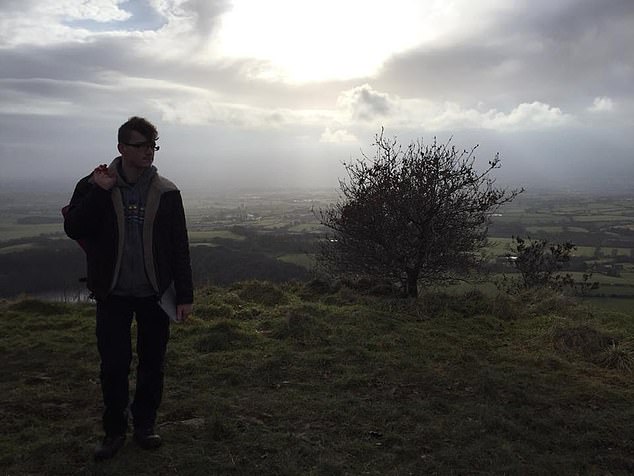 Tim Nicholls, head of policy at the National Autistic Society, said: ‘Recent research suggests that suicide is one of the leading causes of early death for autistic people without a learning disability.

‘As the inquest from this very sad case also highlights, if we’re to change this shocking situation, potentially vulnerable autistic people need mental health support from professionals who understand autism.’

A Facebook spokesperson said: ‘We recognise that mental health is a complex and nuanced issue, which is why we work with experts – including The Samaritans in the UK – to guide us on our approach.’