This is the heart-wrenching moment a young girl wept in her mother’s arms after facing bullies at school ‘on a daily basis.’

Lee and Natalie Davies took the video, with their daughter Sienna’s permission, to show staff at Cyfarthfa High in Merthyr Tydfil the impact of bullying at their school.

The footage, which was posted to Facebook, captured the 11-year-old as she cried uncontrollably in her mother’s lap.

The footage, which was posted to Facebook by Natalie and Lee Davies, captures 11-year-old Sienna as she cries uncontrollably in her mother’s lap

Ms Davies tried to calm her Year Seven daughter down, rubbing her back as she asked her to tell her what was wrong.

She said: ‘Right, tell me. If you can’t calm down tell me what she said. Why are you so upset?’

Sienna appeared to have trouble breathing as she tried to slow her sobs, unable to speak to her mother.

Ms Davies then pulled Sienna into her arms as she cried, pleading with her to tell her mother what happened.

Her parents shared the video after becoming frustrated with the school’s lack of action when they asked for their daughter to move classes, WalesOnline reported.

Ms Davies said the problems started within the first two weeks of the school year, and claimed the parents made more than 10 phone calls to the school concerning the bullying. 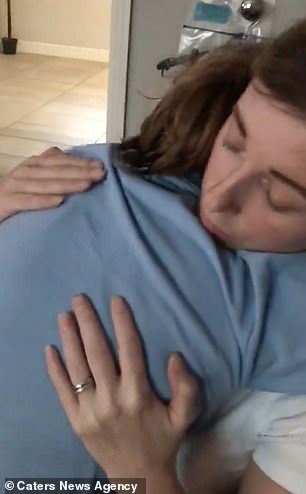 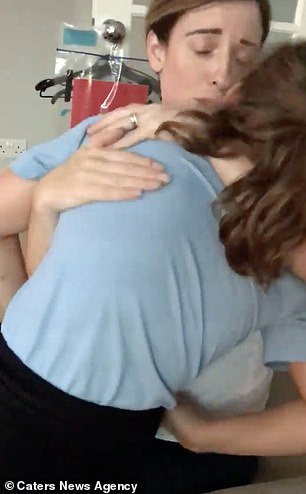 Ms Davies tries to calm her Year Seven daughter down, rubbing her back as she asks her to tell her what happened

Mr Davies, who works as an NHS manager, said: ‘For 6 weeks now since starting comprehensive school my daughter has been emotionally bullied on a daily basis!

‘I have contacted Cyfarthfa High school numerous times now and explained that both myself and her mother have serious concerns about the emotional health of our daughter and that I need this situation sorted.

‘I have asked many times for her to be moved to a different form class yet they keep telling me that they need to speak to other teachers and have had no sign of showing any concern like it’s us parents being overly protective!!!

‘Take a look at this video and tell me this is how an 11-year-old girl should feel coming home from school.’

But since sharing the video, which has 886,000 views and 11,600 shares, the school has agreed to move her away from the bullies.

It was also reported that 17 pupils waited at the school gates for the young girl to walk her to class the week after the video went online. 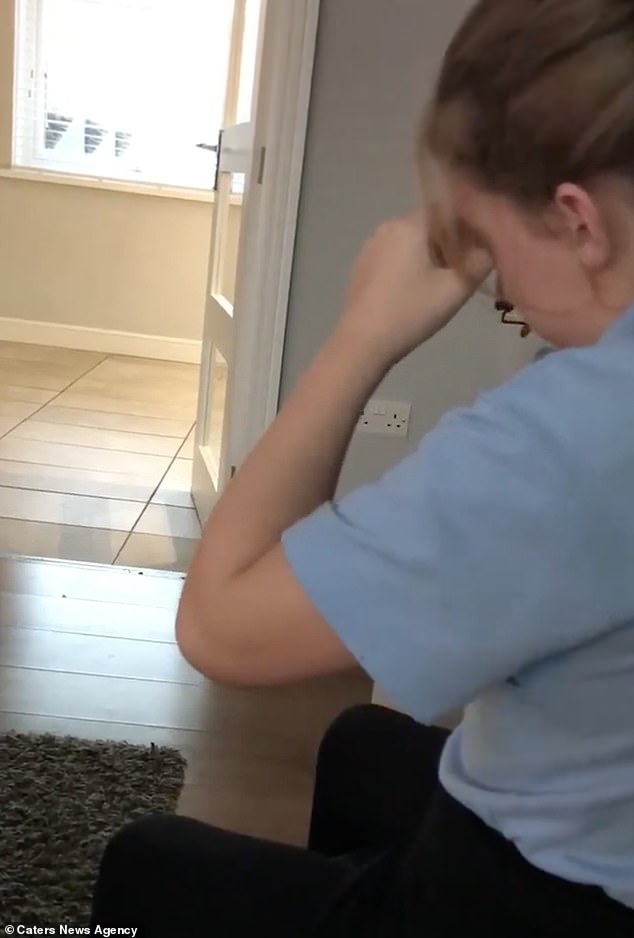 Mr Davies has now posted a heartfelt message thanking those who shared the video and offered his daughter support.

He said: ‘It takes a very strong person to allow others to see them when they are at their most vulnerable and I am so proud of my daughter for allowing me to share with you all how the actions of others have affected her!

‘I can happily say that now we have had a meeting with the school and are working towards a solution to ensure this never happens again.

‘This video shows the “behind closed doors” reaction of children who are struggling with bullying, be it physical or emotional.

‘Please ensure you always stress to your child that it’s not a sign of weakness to show emotion and that talking to you is the most important thing!

‘Your comments seem to have lifted a weight off her shoulders as she has seen first hand how she was not the only one who has been in this situation and how much support is out there!’

Merthyr Council and Cyfartha High School told WalesOnline: ‘Having met with the mothers of both of the children involved and been fully appraised of all necessary information, the school has been able to resolve the matter to the satisfaction of all concerned.’