By Rebecca Camber and Miranda Aldersley For Mailonline

Paedophiles are grooming children as young as eight on live streaming websites and apps, parents are being warned today.

The popularity of live streaming services like Tik Tok and Live.ly is leading to younger children being sexually abused online, according to the UK’s leading children’s charity Barnardos.

Previously the youngest children to call the charity for help after being sexually exploited online were aged 10.

But now eight-year-olds are using the service after being groomed by predators using the comments function on live videos.

Rising popularity of ‘broadcast’ and video app Tik Tok is being blamed by a child protection charity for an increase in the sexual exploitation of youngsters online. Barnado’s has warned of ‘sophisticated groomers’ who contact children using the apps’ live comment functions 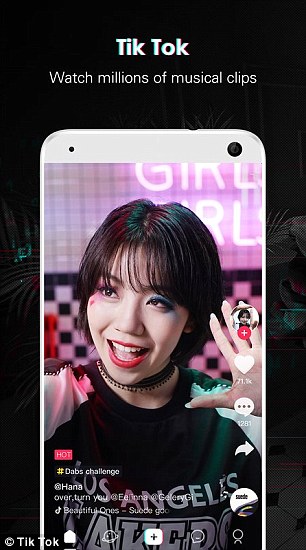 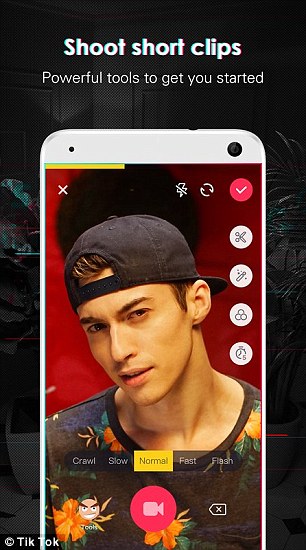 TikTok lets users create and share short singing and dancing videos that are set to well-known songs. It’s owners bought Musical.ly and merged the two apps. The Beijing based company behind the app has more than 500 million active users and is now worth more than £58 billion

One primary school in Cornwall told the Mirror: ‘Parents of children in Year 3 to Year 6 have been horrified by what children are exposed to.’

Parents in Hounslow, London, were warned to be aware of the hashtag #tradefortrade – which communicates that the user wants to trade illicit content.

TikTok also has a direct message function, as well as live-streaming and public comments.

One North Yorkshire school said: ‘If the profile is open, strangers can comment on your child’s videos.

‘While this isn’t always sinister, it lets potential predators contact your child.’

Last year a YouGov survey for the charity found that half of 12-year-olds and more than one in four children aged 10 had live streamed content over the internet using apps meant for people over the age of 13.

Almost a quarter of children aged 10-16 said they or a friend later regretted what they had posted. 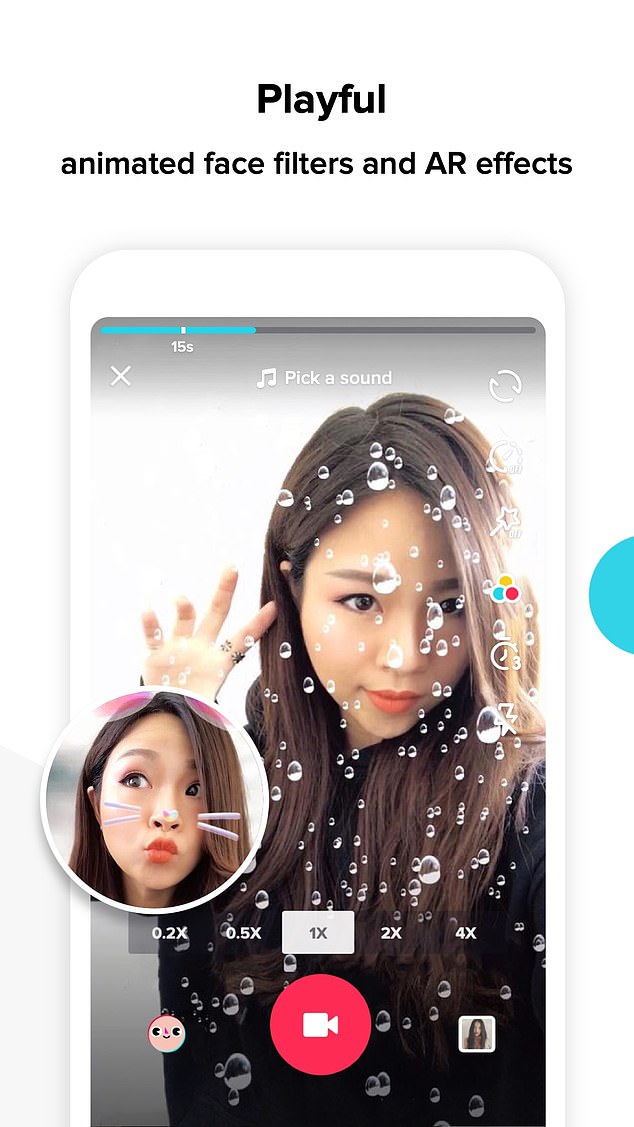 Most children who uses the app film themselves lip-syncing to chart hits. It offers users a raft if colourful modification and editing tools including overlaying music, sound, animated stickers, filters and augmented reality (AR) for creating short videos.

Barnardo’s Chief Executive Javed Khan said: ‘When we think of young people who have been sexually exploited, a stereotypically ‘vulnerable’ child may come to mind; someone in the care system, who doesn’t have a reliable support network or who is disengaged with education.

‘But the fact is that any child can become the victim of sexual exploitation or abuse, even children in loving, stable families.

‘Without the right security settings, children broadcasting live video of themselves over the internet could be targeted by abusers in their bedrooms.

‘It’s vital that parents get to know and understand the technology their children are using and make sure they have appropriate security settings in place. They should also talk to their children about sex and relationships and the possible risks and dangers online so children feel able to confide in them if something doesn’t feel right.

‘We are also calling for a legal duty on technology companies to prevent children being harmed online.’ ends

The charity has previously warned of ‘sophisticated groomers’ who contact children using the apps’ live comment functions and engage them in sexual behaviour.

Barnado’s also cited a case of a 14-year-old using dating apps made for adults and sending explicit pictures and videos to respondents who ‘targeted’ her online.

Her activity led the teenager to her meeting someone online and having underage sex.

Tik Tok is a Chinese social media app where users can live stream, create short videos and music videos and Gifs with a host of functions.