Paris Hilton was spotted walking hand-in-hand with her husband of almost one year, Carter Reum, during a trip to Portofino, Italy.

The happy couple enjoyed taking in the sights and made a few stops to gander at some stylish pieces in a few shops during their outing on Saturday.

The Simple Life star, 41, and the businessman, also 41, kept their vacation ensembles stylishly chic in the warm temperatures.

Romantic: Paris Hilton, 41, and her husband, Carter Reum, 41, were spotted hand-in-hand on trip to Italy

The blonde beauty donned a long, black dress with a deep, V-cut.

The long-sleeved outfit fell down past her ankles and contained patterns of florals and other designs on the front.

She opted for comfort and slipped into a pair of black flats for a long walk around Portofino.

Instead of styling her long locks, Paris put her hair into two separate braids, which she allowed to fall down past her shoulders. 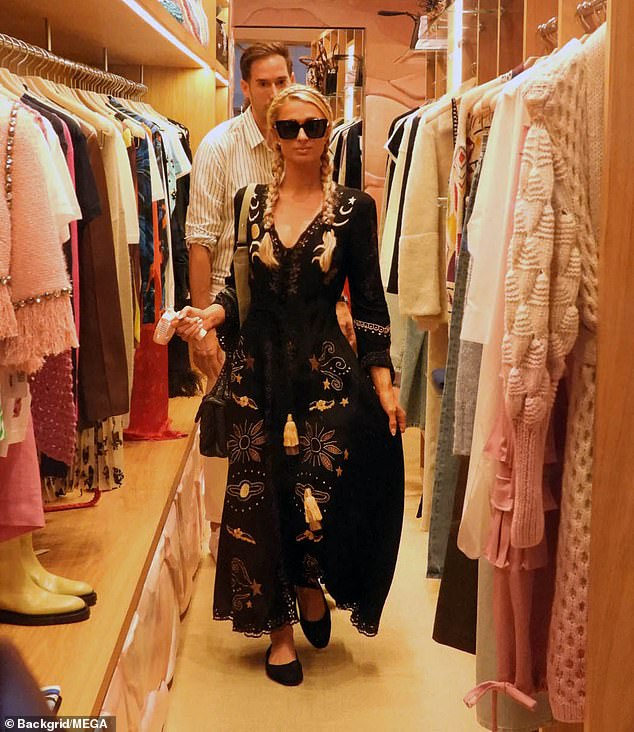 Shopping spree: The beauty and her beau were seen stepping into a shop to take a look at some fashionable pieces

To accessorize her look, she chose to not wear any flashy jewelry, and instead wore a pair of black sunglasses.

She carried a black purse in the crook of her elbow and held a pink, portable fan in her right hand to stay cool in the hot weather.

Carter also kept his look stylish and casual, donning a striped button-up shirt and rolled up the sleeves.

He paired the top with white pants and wore white sneakers to making walking along the streets of the city easy and simple. 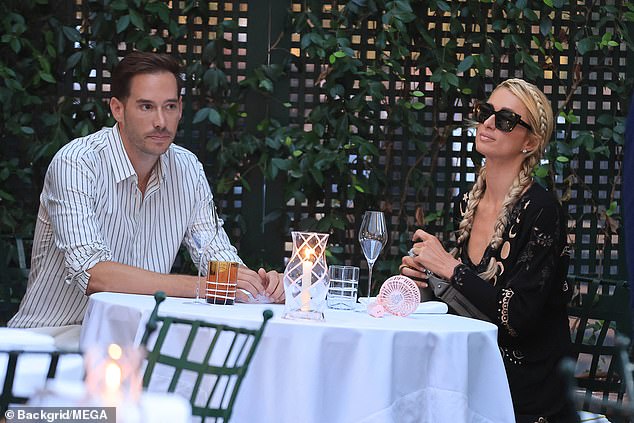 Candlelit dinner: The couple stopped for a bite to eat at a candlelit table to take a break from their long stroll 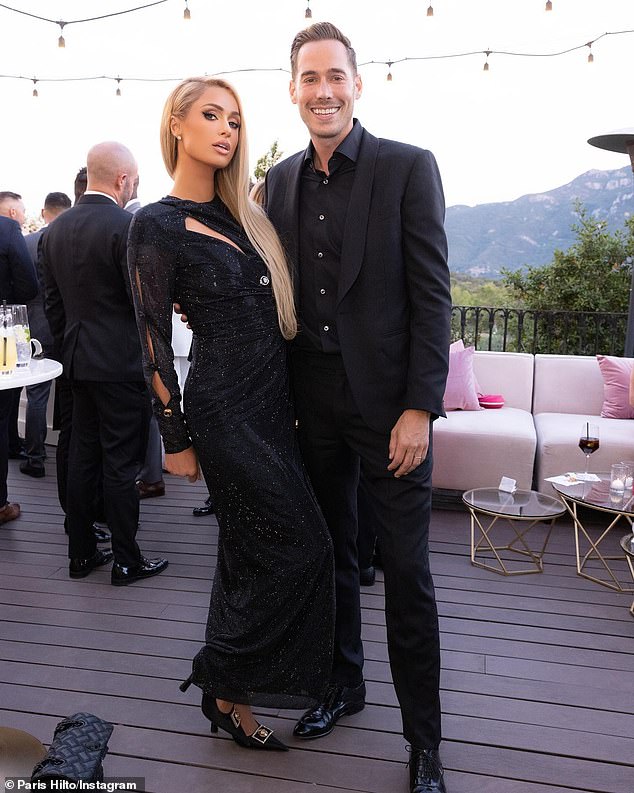 Amid their quiet stroll, Paris and Carter stopped into a few shops to take a look at some fashionable pieces.

When needing a break to rest their feet, the two lovebirds were spotted getting a bite to eat at a candlelit table, creating a romantic atmosphere.

The couple began dating in 2019, and after becoming engaged in February 2021, they tied the knot later that year in November in front of close friends and family. 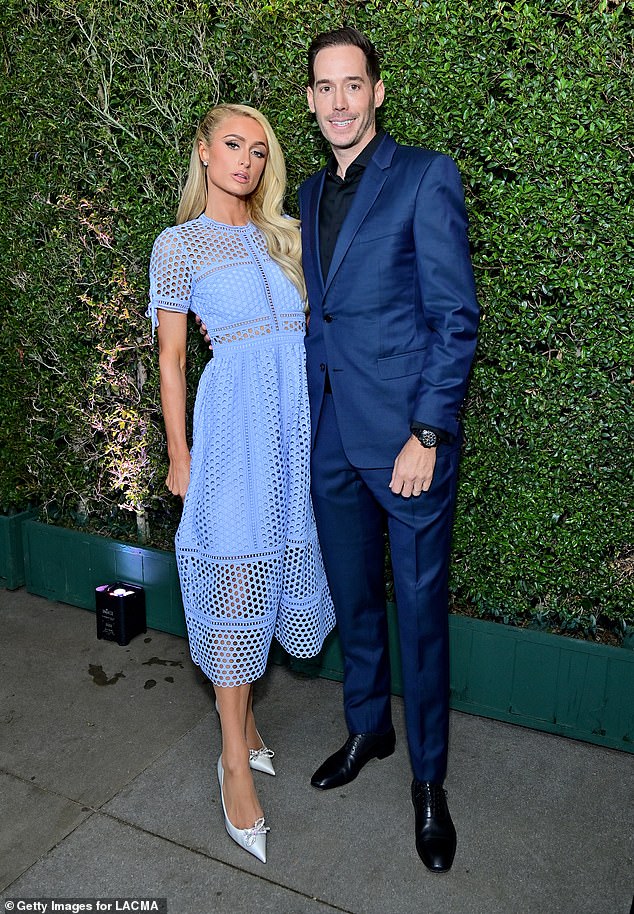 Ready to start a family: Both Paris and Carter are more than ready to have children and have a growing family 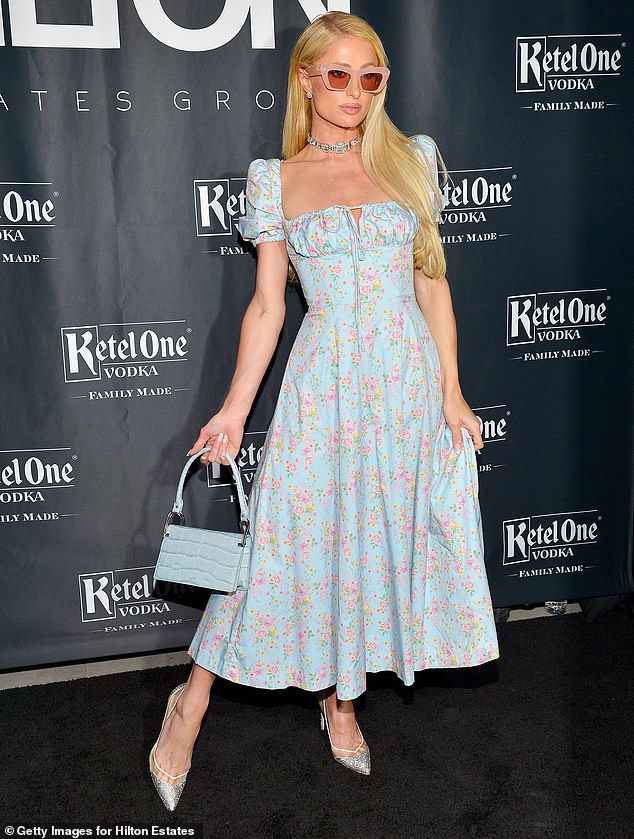 Baby journey: The Simple Life star and her husband have already begun the process of IVF and hope for twins

During an interview with People earlier this year, Paris opened up about married life with Carter.

‘We’ve been so close and inseparable the past two years together so it’s always felt like we’re married,’ she stated. ‘Only that it’s felt I’m so excited for this next chapter in our life and to start a family together.’

The entrepreneur and her husband have already began the IVF process, and according to the entertainment tabloid, she expanded on wanting to start a family with Daily Pop.

‘I would want twins first. I don’t know it’s hard to say. I always wish I had an older brother because I feel like if I did then he would protect me and things like that in school.’ 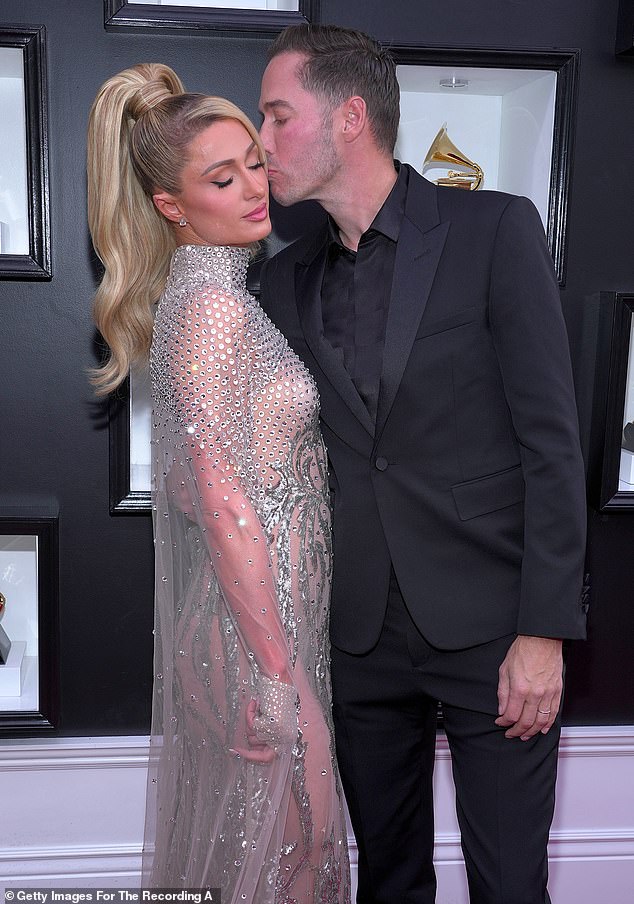 Adorable: Following their lavish wedding, Paris and Carter whisked themselves away for an extravagant honeymoon abroad