Paris Hilton had a lucky escape in Miami after accidentally losing her $2 million engagement ring while dancing to a set from British DJs Above & Beyond.

The ring flew off the 37-year-old’s finger as she grooved at the 7,000 capacity gig at the RC Cola Plant, sparking a frantic search of the VIP area.

Miraculously, the 20-carat, pear-shaped sparkler was later found in an ice bucket two tables down.

Before the drama: Paris Hilton posed with  British DJs Above & Beyond before losing – and then finding – her $2 million engagement ring at Miami’s huge RC Cola Plant venue

Paris was at the gig with her fiance, actor and model Chris Zylka, who lead the exhaustive hunt with security staff while the hotel’s heiress waited in floods of tears.

A witness told Page Six: ‘Paris was dancing with her hands in the air, and the next minute her giant ring had flown off.

‘She was really panicked as the venue was packed and very dark, it was the early hours of the morning and it was crazy in there.’ 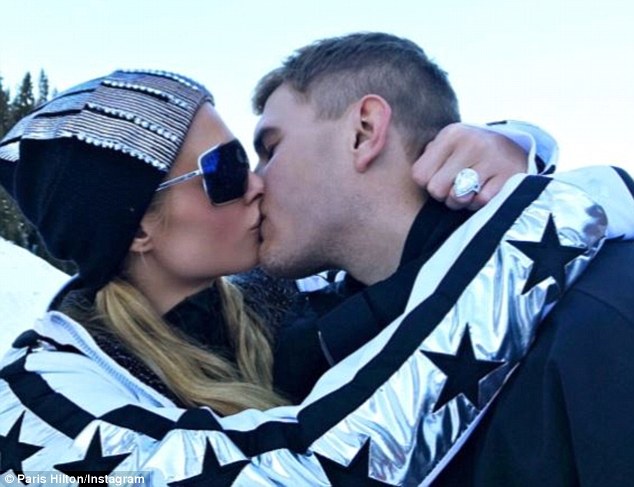 What a whopper: Her fiance, actor model Chris Zylka, slipped the 20-carat, pear-shaped sparkler on to her finger on the ski slopes of Aspen, Colorado, at the end of December

The hunky 32-year-old slipped the hugely blingy ring on her finger at the end of December as the couple enjoyed a ski trip getaway in Aspen, Colorado.

The couple first met at an Oscars party eight years ago, but they didn’t reconnect until two years ago.

So polite: Above & Beond, aka Jono Grant, Tony McGuinness and Paavo Siljamäki, posted  this tweet to Paris

Above & Beyond – aka Jono Grant, Tony McGuinness and Paavo Siljamäki – were the first British DJs to sell out New York’s Madison Square Garden.

They recently had a number 3 hit in the U.S. album chart with their new album Common Ground.

After the Miami event the trio  tweeted ‘@ParisHilton nice to met you and glad you found your ring.’ 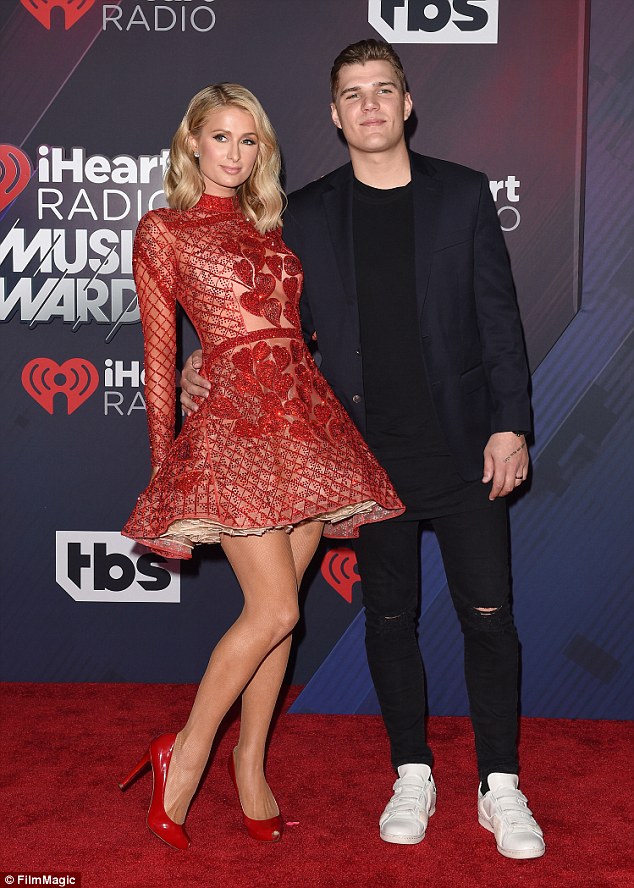 Happy couple: Paris and her beau at the iHeartRadio Music Awards at the Forum in the Inglewood district of Los Angeles on March 11