Paris Hilton says she and husband Carter Reum have ‘eggs stocked and ready’ for IVF process: ‘I’m so excited for our family starting next year’

Paris Hilton said that she and husband Carter Reum have ‘eggs stocked and ready’ for a future IVF process.

The socialite, 41, spoke Wednesday with People at The Hollywood Reporter’s Women in Entertainment Gala, telling the outlet that she and Reum, 41, began preparing for the IVF process during the coronavirus pandemic shutdown.

‘We started going and doing it like a few months in because the world was shut down,’ the hotel heiress told the magazine. ‘We knew we wanted to start a family, and I was like, “This is perfect timing. Usually I’m on a plane 250 days out of the year, and let’s just get all of the eggs stocked and ready,” and we have tons of them just waiting.’

The latest: Paris Hilton, 41, said that she and husband Carter Reum, 41, have ‘eggs stocked and ready’ for a future IVF process. She was pictured Wednesday at The Hollywood Reporter’s Women in Entertainment Gala at Fairmont Century Plaza in Los Angeles

The This Is Paris star said she and Reum – a venture capitalist who has a daughter with reality star Laura Bellizzi – wanted to ‘enjoy’ their ‘first year of marriage together as a couple, you know, before bringing kids into the mix.’

The couple, who wed in November of 2021, enjoyed an anniversary getaway at the Waldorf Astoria Maldives Ithaafushi, which is on a private island.

The Stars Are Blind singer said that ‘now that we just had our year anniversary, [she] can’t wait for 2023.’

Hilton said that she was ‘just so happy’ after the first year of the marriage, describing her spouse as kind, loyal, sweet, funny and brilliant. 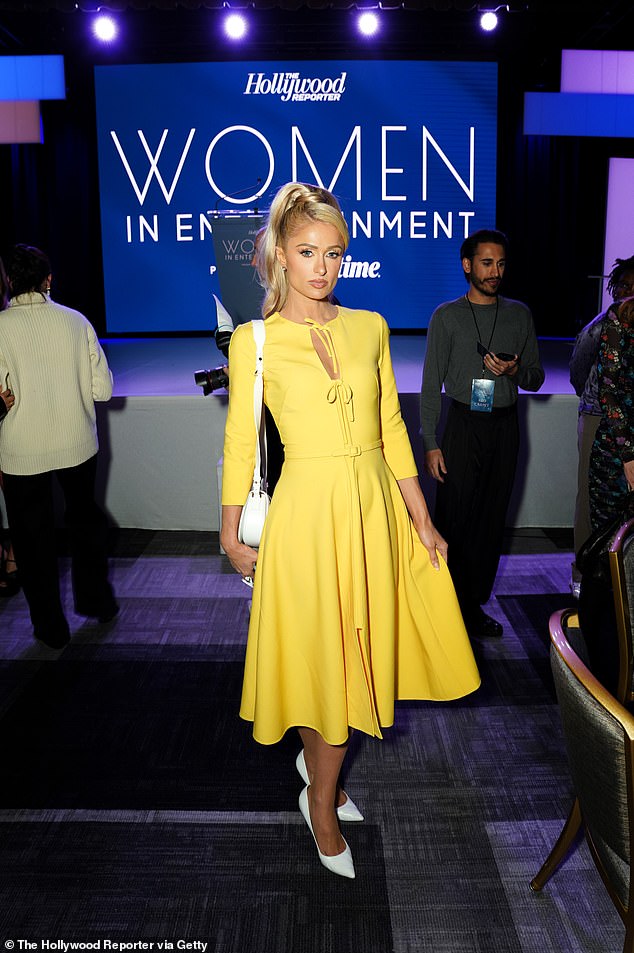 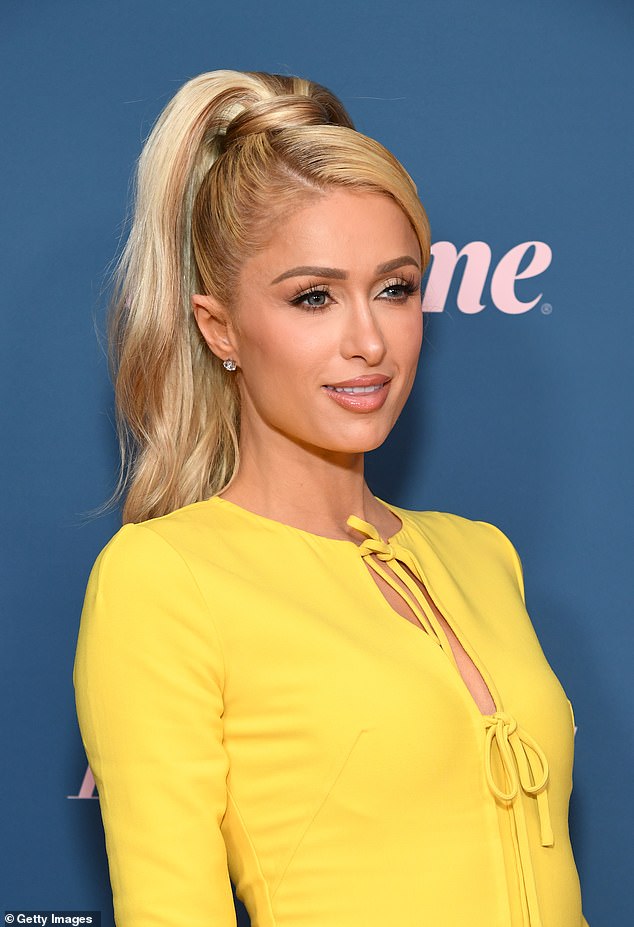 The This Is Paris star said she wanted to ‘enjoy’ their ‘first year of marriage together as a couple, you know, before bringing kids into the mix’ 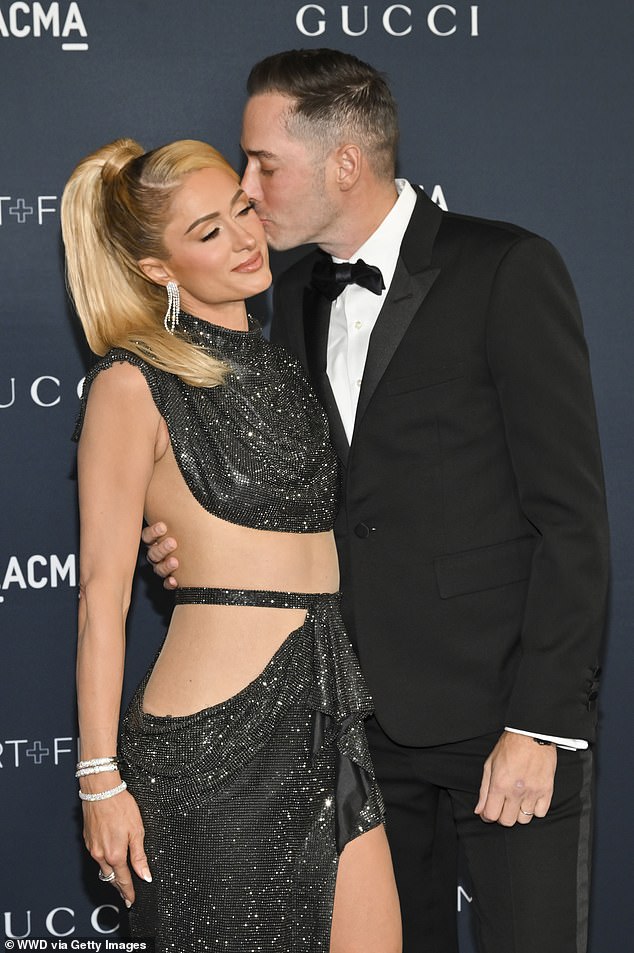 ‘He’s just my perfect person, and I just adore him so much,’ she said. ‘He just makes me feel like a princess every single day, and I’m so excited for our family starting next year.’

Hilton’s wedding at a private estate in Los Angeles was attended by notable names including her aunt Kyle Richards, Kim Kardashian, Paula Abdul, Demi Lovato and Kimora Lee Simmons. The wedding was filmed for Paris in Love, a 13-episode Peacock docuseries about the romance.

The couple initially began dating in November of 2019 and were spotted publicly with one another at a Golden Globes bash in January of 2020. They announced their engagement in February of 2021.

Hilton, appearing on The Bellas podcast this past April, said she and her spouse have ‘been talking about kids since the beginning’ of their relationship.

Hilton said she thinks being a parent ‘would be amazing’ and that she would prefer to have ‘three or four’ children in time.

‘I would like a twin boy and girl just to, like, get both, but whatever happens happens,’ Hilton said. ‘But I would love that or twin girls because I love girls.’ 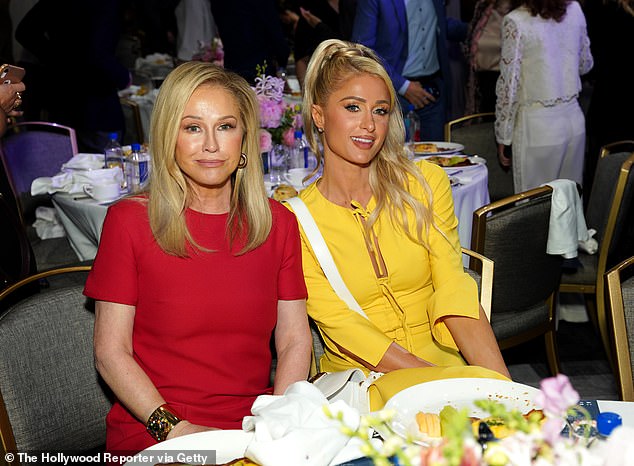