Paris Jackson revealed on Tuesday how her father Michael encouraged her to pursue her dream of becoming a musician before he died when she was just 11.

Now 22, Paris is in a band called The Soundflowers with her boyfriend, Gabriel Glenn.

In a rare interview on Good Morning America on Tuesday, she appeared with her older brother Prince to tell how she started writing music to ‘purge’, and how their late father encouraged them as kids.

‘No matter what it was we were interested in, I remember at one point I wanted to be an astronaut, he was like “do it. do it. Educate yourself as much as possible then go with it” with every aspect of life,’ Paris said.

Paris was 11 and Prince was 12 when their famous father died. Their mother,  Debbie Rowe, has always resisted the limelight. 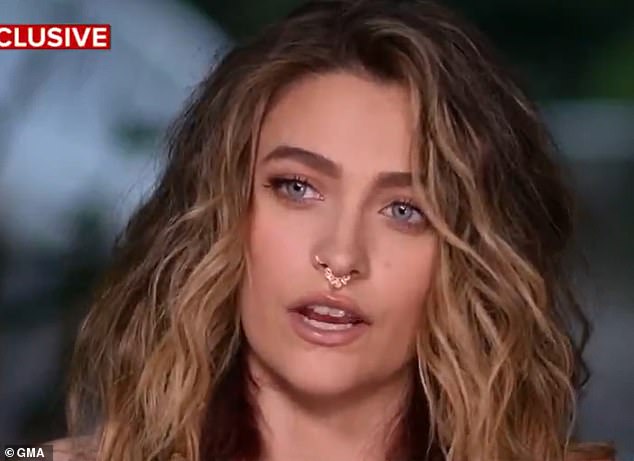 Paris, now 22, said she went through years of pain and hurt after her father’s death 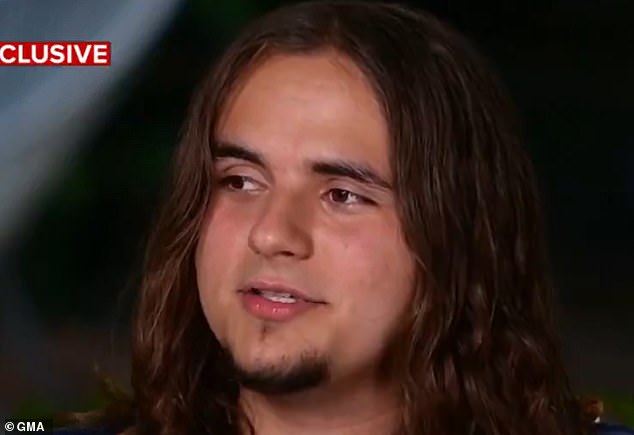 Prince, now 23, said he felt like he should protect ‘the group’ because he is the oldest

They have one other half-sibling, Michael Jackson’s youngest child Prince Michael Jackson II, known as Blanket, who is 18 years old. His mother’s identity remains a mystery.

Now that she is pursuing her own music career, Prince – who produced his sister’s music video and spends much of his time working for charities – said he feels protective of his younger sister.

‘The way we were raised, me being the oldest… I feel like I should be the one that’s protecting the group,’ he said.

Paris said that she originally started writing music ‘to get things out’.

‘It feels good to get it out. It feels like not butterflies in your stomach but in your heart. It’s cool,’ she said. 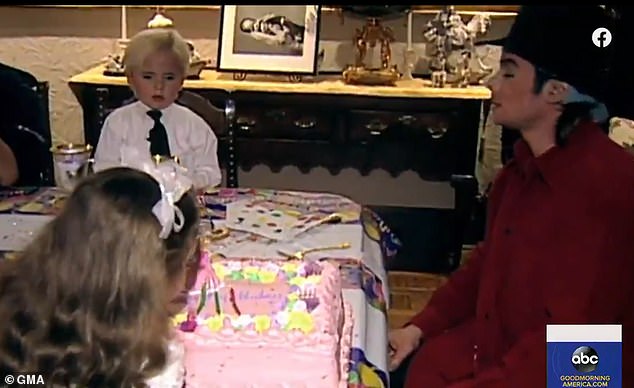 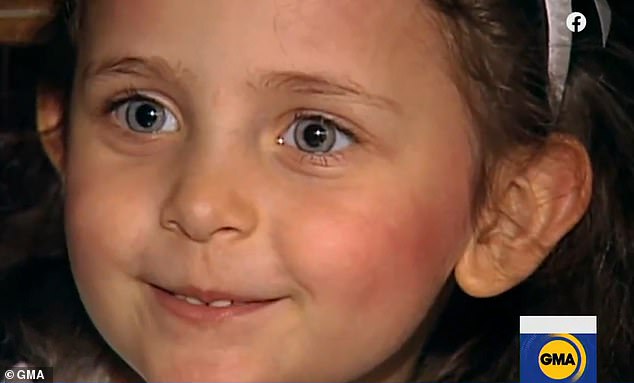 In a clip that is part of Paris’s new documentary on Facebook watch, she is seen as a child telling her father she wants to do what he does

Paris’s struggles with mental health and depression are well documented.

She has attempted suicide several times and she recently revealed that after father’s death, she became addicted to food and self-harming.

In her interview on Tuesday, Paris said she pushed much of the ‘pain’ she felt in those years of mourning into her music.

‘Kids can be mean, your body’s going through changes, your emotions are everywhere. Just all the place. A lot of kids that age also suffer from depression and hardcore mental illnesses.

‘Part of it was a good portion of it was just being that age and going through the trials and tribulation of a 15 year old girl, also just drama.

‘Drama is the seed to any kind of unhealthy coping skill that you choose. 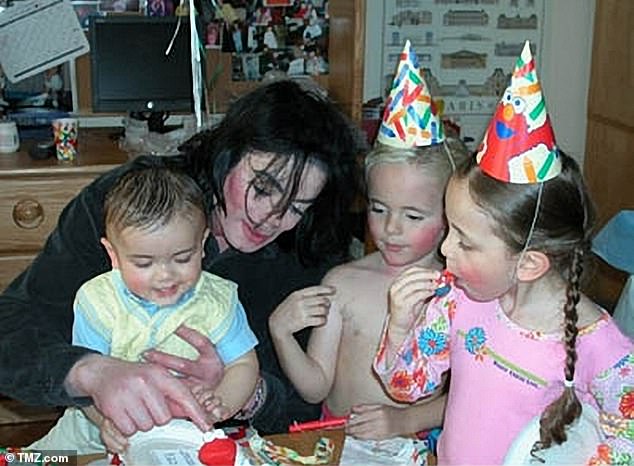 Paris, Prince and Blanket – their half-sibling – with their father at one of Blanket’s birthdays 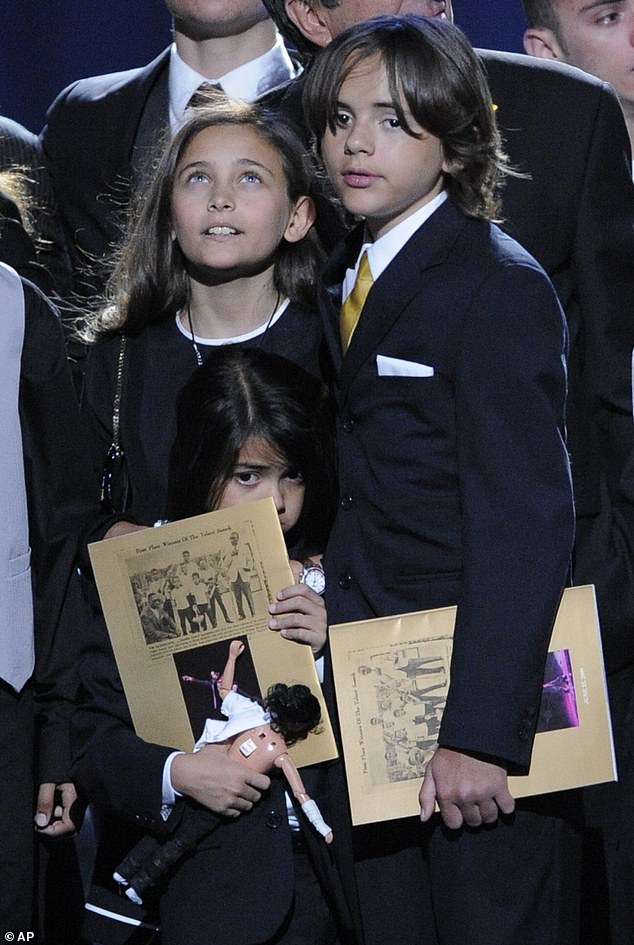 Paris, Prince and Blanket at their father’s funeral at the Staples Center in 2009 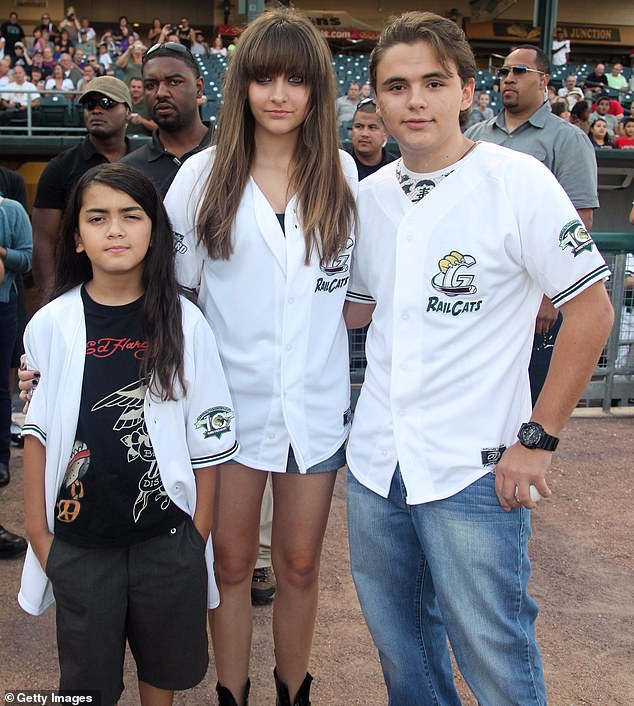 Paris and Prince have one other sibling, Michael Jackson’s youngest child Prince Michael Jackson II, known as Blanket, who is now 18 years old; seen in 2012

‘I do wear my heart on my sleeve or so I’ve been told. People can usually tell when something’s wrong,’ she said.

Prince pointed out one of her songs that he said revealed her ’emotion and pain’.

‘I remember when my sister first played Geronimo for me, I can hear and feel all the emotion and pain and hurt that went into that song and I remember thinking this was a song that other people both could relate to but other people needed to hear,’ he said.

Paris is featured in a new Facebook Watch show, Unfiltered, which follows her and Gabriel as they make music.

In the documentary, she admits that she ‘never thought’ she’d ‘end up’ in a relationship with a man, having dated women in the past, and said her father picked up that she was attracted to the same sex when she was a child.

‘I think he felt the energy and he would tease me the same way he’d tease my brothers, like, “You got yourself a girlfriend!” if I were staring at a magazine of a woman too hard.

‘I’m very lucky to have that, especially so young, eight or nine. Not many children have that experience.’

‘The first time I came out to a family member, they didn’t believe me. [Prince] said he just wants to learn more about it, have a better understanding of it. 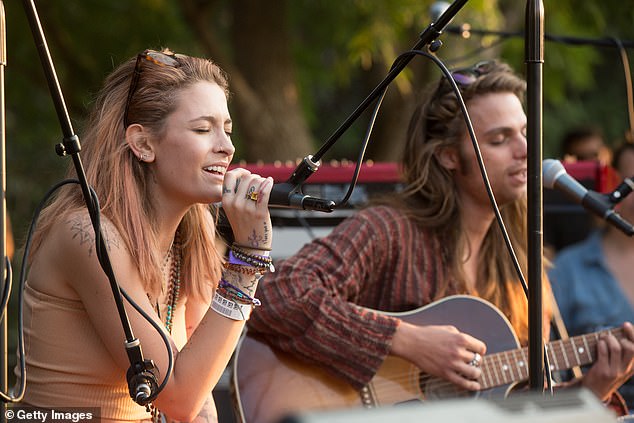 Paris and her boyfriend Gabriel Glenn have formed a group, The Soundfowers