PSG took an early lead through Edinson Cavani’s penalty, which was awarded after consultation with the video assistant referee. The system showed its merits, albeit with a lengthy delay, after Kamil Glik flattened Mbappe at the end of a jinking run.

Mbappe, who played in Monaco’s 4-1 defeat in last year’s final but then helped them win Ligue 1 ahead of PSG, was again the architect of the second goal with barely 20 minutes on the clock. 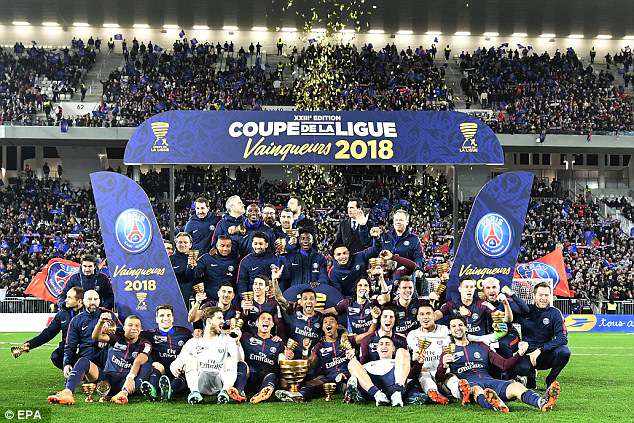 Breaking from his own half, the young forward curled a pass reminiscent of Manchester City playmaker Kevin De Bruyne through the defence for Angel Di Maria to beat keeper Danijel Subasic, who should have done better at his near post.

Cavani and Monaco’s Rony Lopes shot wide from good positions while a more contentious VAR decision prevented Radamel Falcao from pulling one back, ruling him offside as he headed in Lopes’ cross, though he appeared clearly onside on replays.

Lopes, impressive in defeat, saw a shot deflected on to the top of the bar early in the second half, while Mbappe went close to a deserved goal at the other end.

Cavani had a goal disallowed but made it 3-0 with five minutes left from Mbappe’s pass. 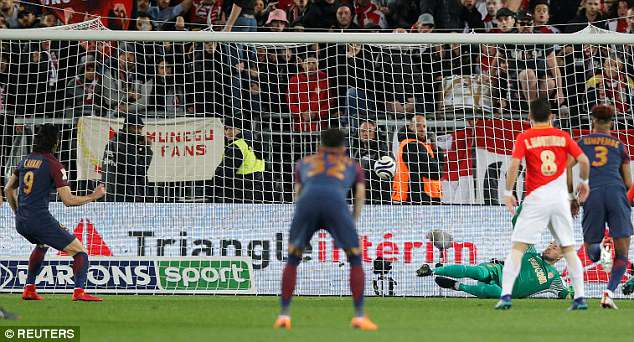 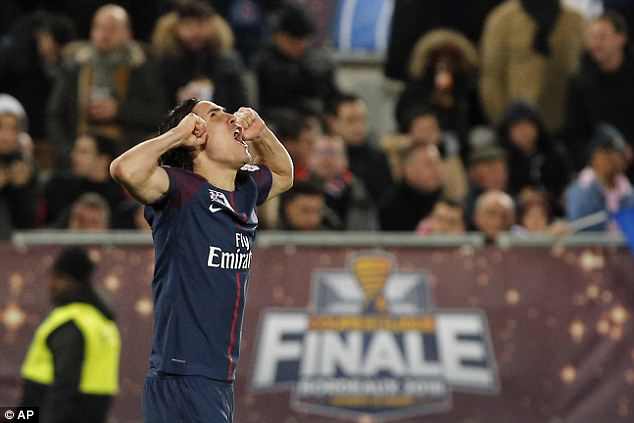