The forward trio of Neymar, Kylian Mbappe and Edinson Cavani usually draw all the attention when it comes to Paris Saint-Germain but that wasn’t the case on Monday morning.

Instead all eyes were on left-back Layvin Kurzawa as the Frenchman showed off his rather unique new hairstyle during the team’s training session ahead of their final Champions League group game.

The rest of the squad couldn’t help but tease the 25-year-old over his new look, which consisted of two brades hanging over his forehead. 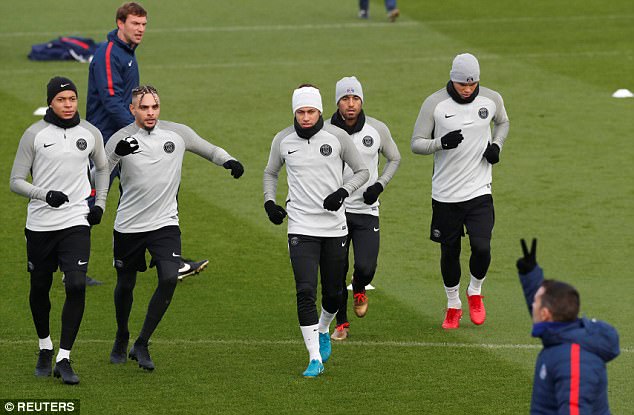 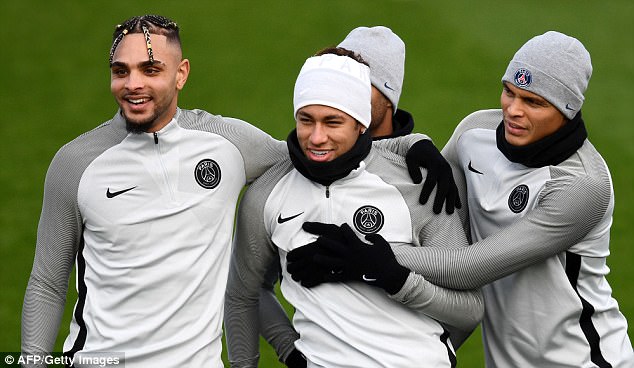 Kurzawa, Neymar and Thiago Silva share a joke during the relaxed session in Paris

The French giants looked in good spirits despite suffering a shock first defeat of the season, losing 2-1 at Strasbourg on Sunday.

Unai Emery’s team’s had been expected to stretch their 10-point lead with some comfort at a club starting the day in 17th place but a 65th-minute goal from Stephane Bahoken ended their season-long, 22-match unbeaten sequence.

However, PSG seemed unfazed by the result as they underwent a light session at their Ooredoo Training Centre ahead of Tuesday’s clash with Bayern Munich. 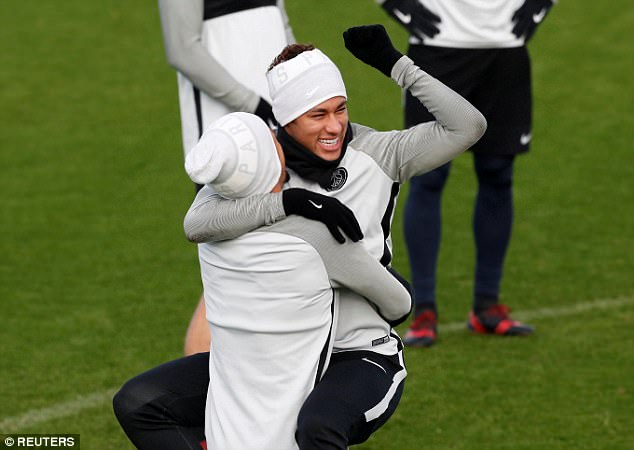 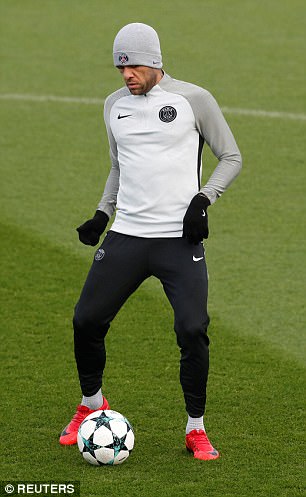 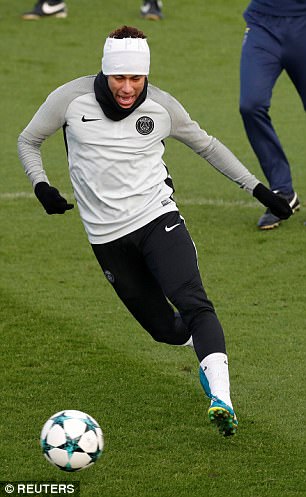 Neymar and Co joked with one-another as they took part in a variety of passing and fitness drills on a chilly morning in Paris.

It is little surprise that the squad looked so relaxed with Bayern needing to win by four clear goals should they wish to snatch the top spot in Group B.

Jupp Heynckes’ team find themselves in that situation because of the 3-0 thrashing they received from a Neymar-inspired PSG in the French capital that precipitated the sacking of Carlo Ancelotti. 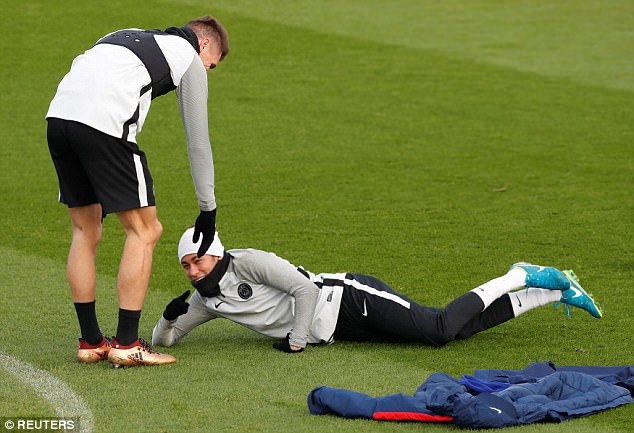 Brazilian forward Neymar laughs after taking a tumble during training