Paris Saint-Germain are weighing up a surprise move for Fabinho and are set to use their Champions League encounter with Liverpool as an opportunity to open talks.

The midfielder was one of Jurgen Klopp’s major summer signings after agreeing a deal to move to Anfield for £44million from Monaco back in May.

But Klopp has admitted it has taken time for the Brazilian to adapt to Liverpool’s style of play, and he has made just five starts all season across all competitions.

PSG have started the domestic campaign in astonishing form by winning their first 14 games but have been found wanting in Europe this term.

The French champions are on the brink of elimination from the group stage if they lose for the second time this season to Liverpool.

But according to French daily L’Equipe, PSG will use the match to test Liverpool’s resolve over Fabinho in a bid to bring him back to the French top flight and boost their ranks in defensive midfield. 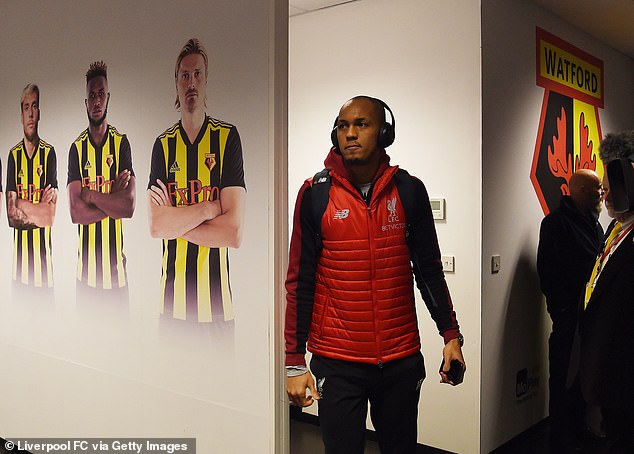 FABINHO APPS FOR THE SEASON

At the end of October, manager Thomas Tuchel voiced his concerns over a lack options in midfield

‘We must have a third central mid-level to play in 4-3-3 or a defense to three. It’s necessary,’ he claimed.

Providing Napoli avoid defeat against Red Star Belgrade, the Reds will book their place in the last-16 of the Champions League should they win in the French capital.

Due to an inferior head-to-head record with Napoli, PSG must defeat Liverpool to keep progression from the group stage in their own hands. 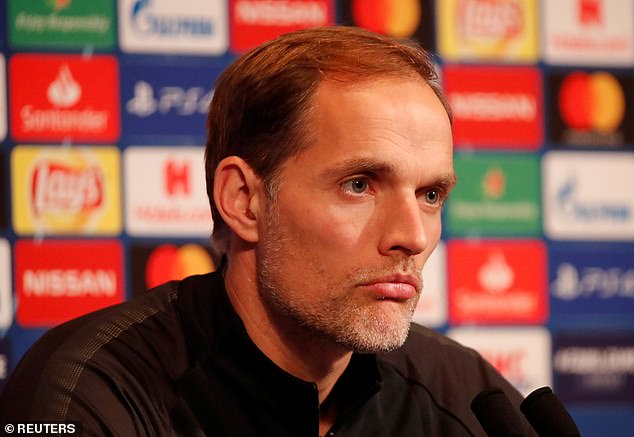