Thursley Parish Council in Surrey reacted with fury after Hollywood bosses built a ‘crashed’ helicopter and several huts serving as a Russian farmstead on Hankley Common without securing their permission first.

The Marvel movie is believed to have a £100 million budget with its star receiving a reported paycheck of around £15m.

Planners said permission for the construction work and filming was still ‘pending’ when Marvel built the set on the nature reserve, which is owned by the Ministry of Defence, and used it to shoot several scenes on July 16 and 17.

More filming is scheduled for August 20 to August 27, raising the prospect of a battle between Marvel and local villagers who fear the shooting, helicopter crashes and fake thunder will disturb rare birds like nightjars and Dartford warblers.

One woman villager, who described herself as a ‘nature lover’ and regular user of the common: ‘My husband is a keen ornithologist and they are afraid all the noise and commotion from these films that kept getting shot on the common will drive away birds like nightjars, which are a declining species in Britain.

‘The same goes for the Dartford warbler – there are precious few places where they can be found, so when you have one, like Hankley Common, it is imperative we protect it from disturbance. 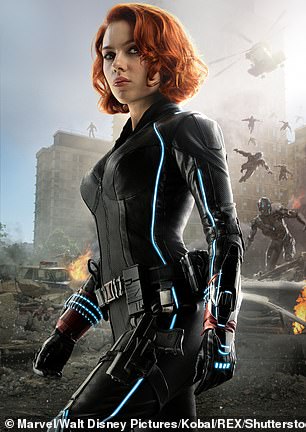 Johansson in Avengers, the Age of Ultron

‘It’s hard to think of anything more disturbing than James Bond whizzing around shooting people, or this Marvel lot staging helicopter crashes.’

Furious Thursley Parish Council said it would make the planning process ‘redundant and irrelevant’ if the Hollywood was allowed to take no notice of it.

Hankley Common is made up of 1,400 acres of woodland and lowland heath carpeted by gorse and heather.

‘It would also seem that there is no merit in asking the parish council to comment when their comments are completely irrelevant. The planning process has not been followed.’

The film’s planning agent submitted a 28-page statement to support their application, offering a boost of around £500,000 to the local economy.

A Waverley council spokesman said: ‘The planning application is currently under consideration and there will be no decision on this until at least August 2.

‘The agent for the application has been contacted to remind them that any filming which takes place outside of a planning permission may represent a breach of planning control and may be subject to enforcement action.’ 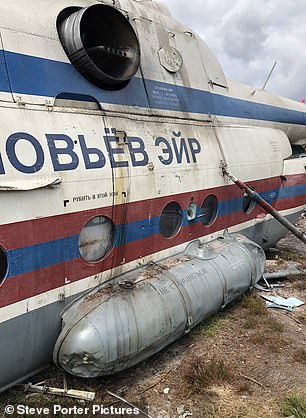 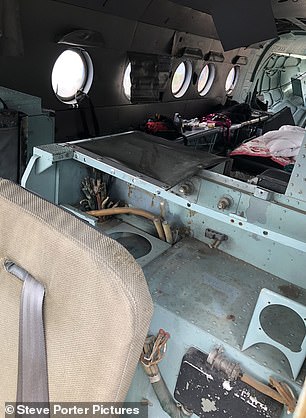 Planners said permission for the construction work and filming was still ‘pending’ when Marvel built the set. Pictured is the exterior and interior of the wrecked helicopter

Hankley Common is frequently used for filming, with James Bond films The World Is Not Enough, Die Another Day and Skyfall, and First World War movie 1917 among the productions.

Kingsman was also filmed on the site earlier this year and the village was the backdrop for Shakespeare play Macbeth in 2013.

Black Widow, which is being referred to by its working title ‘Blue Bayou’, is due to return to Hankley Common in late August for further filming, and Marvel’s equipment and personnel are still on site preparing for the next stage of shooting.

Marvel Studios was contacted for comment but did not respond.

The planning application includes the ‘change of use of land for a temporary period to allow outdoor filming’, ‘use of building and hardstanding construction of sets’ as well as 200 parking spaces and use of ‘controlled fire effects’. 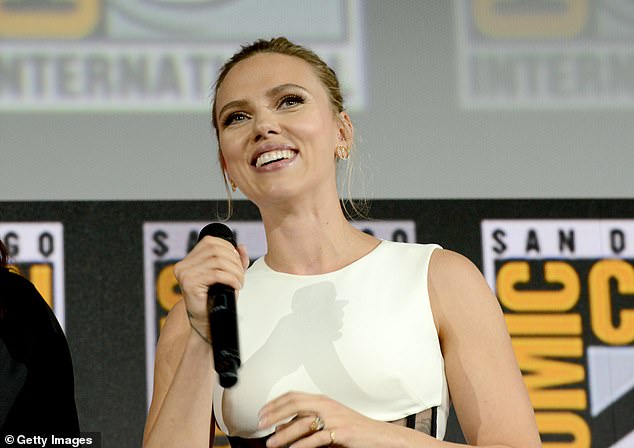 Furious Thursley Parish Council said it would make the planning process ‘redundant and irrelevant’ if the Hollywood was allowed to take no notice of it. Pictured is Johansson in San Diego on July 20

Stretching over 1,400 acres, Hankley Common is managed by Surrey Wildlife Trust and is a protected Site of Special Scientific Interest.

Many birds are in the middle of the nesting season and the fear is Marvel movie action will send them fleeing in terror, leaving their eggs and chicks at the mercy of predators like foxes and stoats.

The common is also home to a host of wildlife including rare butterflies and lizards.