The riverside park where a former Russian spy Sergei Skripal and his daughter were attacked with a deadly nerve agent is set to be re-opened this weekend.

The area in Salisbury, Wiltshire, which was cordoned off by police after the Novichok attack on March 4, was released back to the council yesterday.

It has been declared safe by council leaders  after extensive decontamination by specialists at the Department for Environment, Food, and Rural Affairs.

The bench at The Maltings shopping centre where  Sergei Skripal and his daughter Yulia were discovered was cordoned off by police.  The shopping centre is to re-open this weekend after being declared safe by council leaders

Shopkeepers around the Maltings shopping centre, where 66-year-old Sergei and his daughter Yulia, 33, were found collapsed on a park bench, will also be allowed into their stores for the first time in over 11 weeks.

Business were told that they would soon be able to access their premises to re-stock in preparation for re-opening. 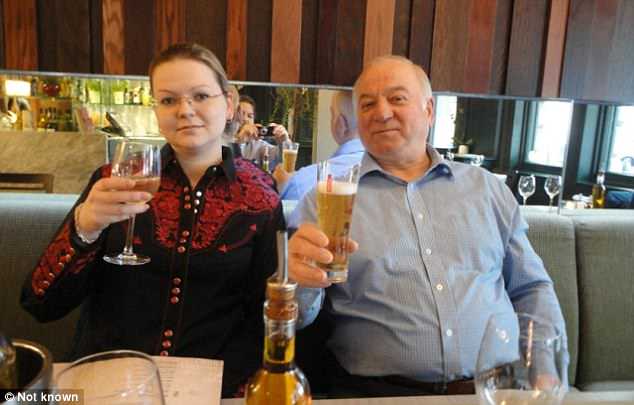 A Wiltshire council spokesman said: ‘Preparations to reopen The Maltings walkway and the businesses affected are now under way.

‘The Maltings site has been handed back to the recovery coordinating group by Defra following extensive cleaning and testing by specialist teams.

‘This is a significant milestone marking that the recovery of Salisbury is well under way.

‘Remediation works to the public open space will be carried out over the next few days and the businesses that have been closed since the attack will be able to access their premises to restock prior to reopening to the public.

‘Other potentially affected sites including nearby Zizzi and The Mill pub are being cleaned by specialist teams.

‘The Skripal house is still under police investigation.’ 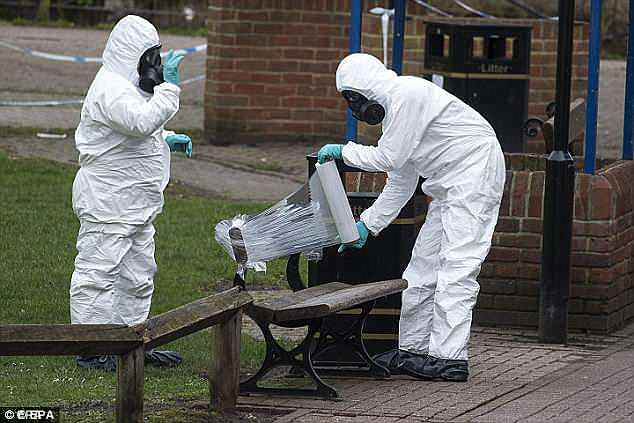 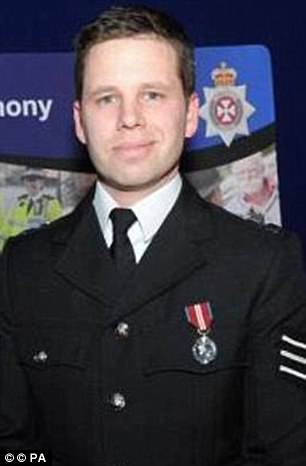 Police sergeant Nick Bailey rushed to help stricken Sergei Skripal and his daughter Yulia after they collapsed on the park bench.  He was later hospitalised after suffering from the effects of coming into contact with the deadly nerve agent but has now been released from hospital

The bench which the Skripals were found on has been removed from the park and destroyed, and brickwork repairs, grass cutting and refurbishment will take place in the next few days.

Yesterday, a Defra spokesman said: ‘Following extensive clean-up operations in Salisbury to remove any potential residual contamination resulting from the nerve agent attack on March 4, decontamination work is now complete at the Maltings.

‘The site was visited by specialist teams and any items that may have harboured residual amounts of the agent were removed. All waste has been removed and will be disposed of safely.

‘The site will now be handed back to Wiltshire Council, who will decide when it is appropriate to release it back into public use.’

The Maltings is the first site of nine cordoned-off areas across Salisbury identified by Defra experts as needing to be decontaminated following the attack.