Parking metres that were switched off in major Australian cities amid coronavirus lockdown restrictions are being switched back on and fines reinstated.

Brisbane City Council said on Tuesday that from Monday May 18 parking metres across the city would be switched on.

Meanwhile, further south, Melbourne has told parking inspectors that fines will apply again from Monday May 11.

In Sydney, the inner city councils of Waverley, which includes Bondi, and Woollahra told Daily Mail Australia they had not decided when they would turn metres back on.

While on the other side of the country in Perth motorists were told that from May 4 council would be issuing cautions for overstaying parking limits and fines for repeated breaches.

Brisbane Lord Mayor Adrian Schrinner said from 7am on May 11 more than 1,000 parking metres across the city would be working again.

‘With free or very cheap parking, there is little turnover of car park spaces as many of the people parking are commuters, not necessarily there to spend money at local businesses,’ Mr Schrinner said, according to Pine River Express.

‘Turnover of car parks is vital for businesses relying on a stream of shoppers, diners and clients.’

Residents in Brisbane were estimated to have saved about $2.55 million in parking fees in the weeks since the parking metres were switched off in March.

Two council run car parks at King George Square and Wickham Tce in the CBD were reduced to $5 per day but this will also be raised from Monday.

‘We need to have turnover of car parks to ensure there is a flow of customers to our struggling city businesses and we are announcing this measure now, so commuters have time to find alternative means of transport into the city,’ Cr Schrinner said.

He said while council officers would take a sympathetic view when issuing infringement notices, those parking in strict clearways such as bus stops, and loading zones could expect a fine.

The City of Melbourne had waived parking restrictions for more than 8,700 spaces with green signs to assist key workers during the crisis.

The decision slashed a key source of revenue for the council, with Melbourne normally recording a million parking payments every month.

‘Parking enforcement is a necessary and important service to ensure that all drivers have fair access to car parks,’ Lord Mayor Sally Capp said.

‘While nobody likes to pay for parking or receive a fine, our experience tells us that most people understand the need for this system.’

‘We are issuing green dashboard stickers for up to 8,000 frontline workers to recognise their role in responding to COVID-19,’ Ms Capp said.

‘From Monday May 11, you will need to pay to park in the city if you haven’t been issued with one of these permits.’

Frontline workers from Victoria Police, Melbourne Assessment Centre and eight inner-city hospitals will be able to claim the permits with their employers. 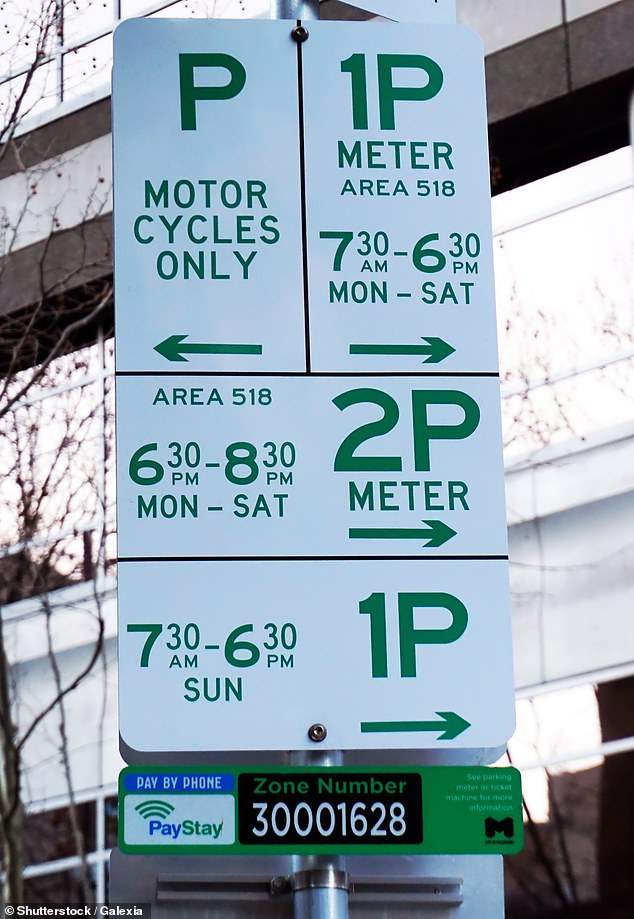