Lorries and caravans on a leafy suburban road have been vandalised after a bitter dispute over parking boiled over.

A quiet, communal road in Brighton has been hit by a spate of destruction after motorists who do not live in the area have parked their cars and left them in the area for ‘months and months’, according to a local resident.

Now a mystery vigilante is trying to deter the drivers from parking in the area by scrawling offensive words and phrases onto the vehicles.

‘You ruin our road, we ruin your van’ was scrawled onto the side of this van 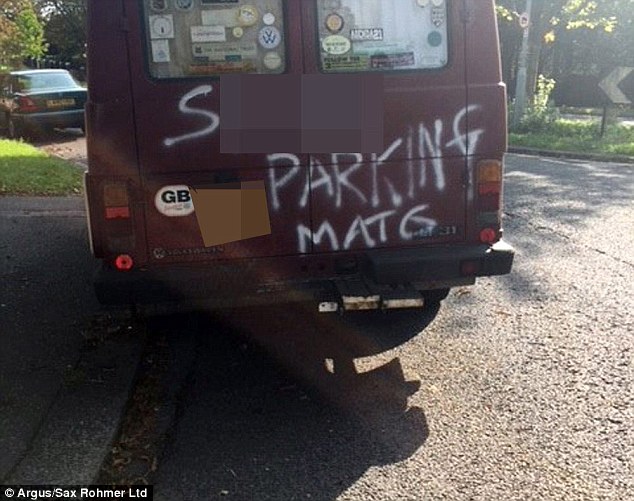 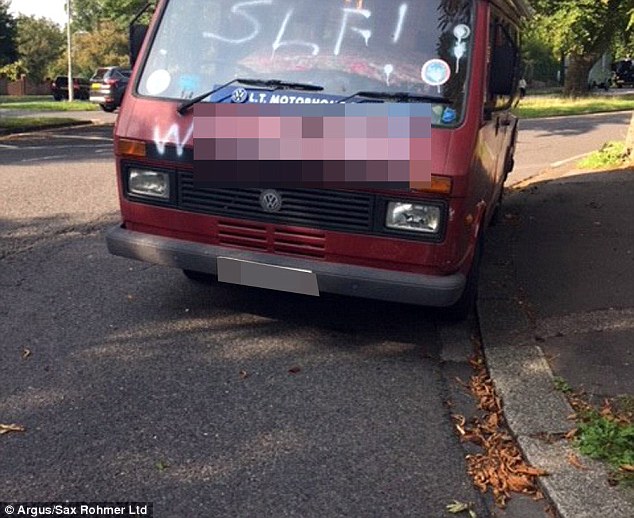 ‘S*** parking mate’ and ‘w*****’ have been graffitted across the front and back of a Volkswagen campervan. Another message reads ‘you ruin our road, we ruin your van’.

The tags were spotted by Terry Page, of the Surrenden Area Parking Campaign, on Tuesday.

He said the targeted vehicles, which are parked legally, have not moved from the spaces for ‘months and months’.

Mr Page said: ‘It seems to be many vans and campervans parked here for months that are being singled out.

‘Obviously somebody has got frustrated with them parking there.’

It is the second time the campervan has been targeted in the area. 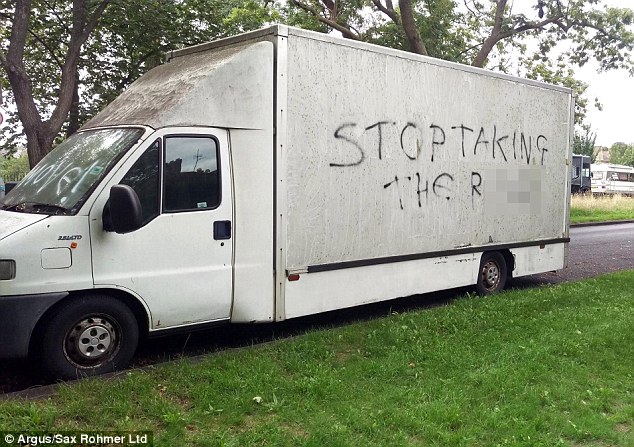 The tags were spotted by Terry Page, of the Surrenden Area Parking Campaign, on Tuesday 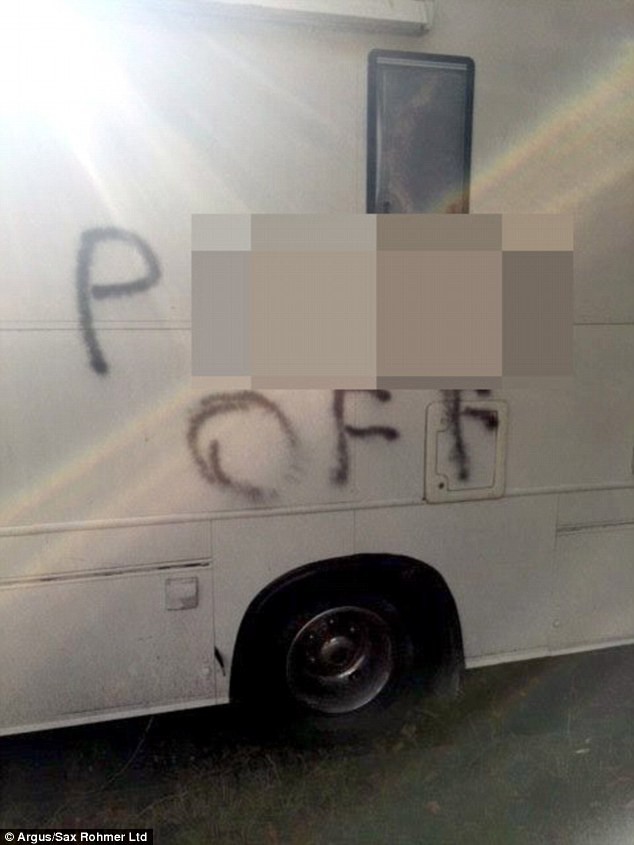 ‘P*** off’ was scrawled onto the sign of this vehicle, which locals claimed have been parked there for an extended period of time

Last month, Joanna Orpin-Hatton’s motorhome had ‘who are you?’ daubed across it, leaving her young children distraught.

A van was also vandalised about the same time, with ‘park outside your own home’ and ‘WTF’ (what the f***) on it.

Two of the three vehicles, including the removal lorry and the red Volkswagen van, had passed their MOTs in 2018. The Hymer Mobile camperhome could not be checked through searches.

Residents claim the road is not a controlled parking zone, and resident said people leave their vehicles there throughout the day while they go to work.

Campaigners have tried to get Brighton and Hove City Council to bring forward consultations over making it a controlled parking zone.

Yet those consultations are not scheduled to take place until 2021. In June, activists were dealt another blow when they tried to bring them forward to this year. 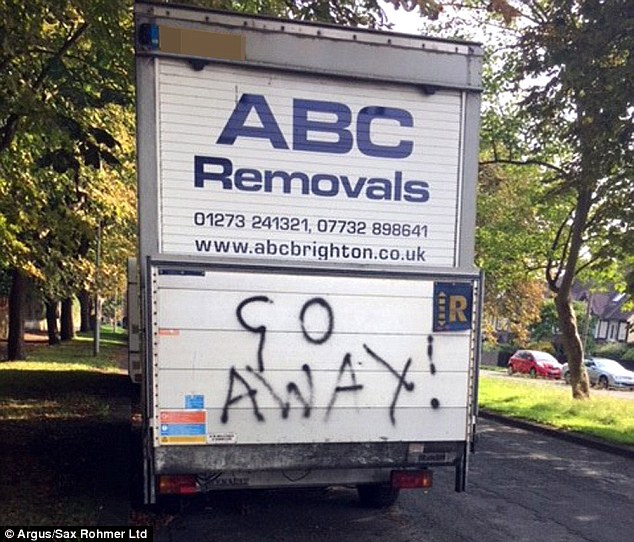 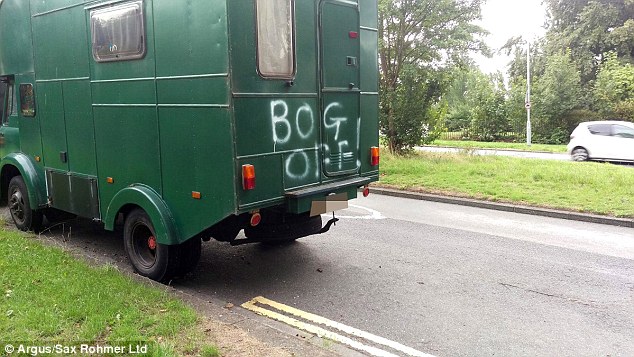 He said the targeted vehicles, which are parked legally, have not moved from the spaces for ‘months and months’

The activists are made up of resident from the local area and neighbouring streets.

Rynd Smith, the leader of the campaign, condemned the vandalism carried out recently.

He said: ‘Our campaign does not condone this behaviour at all, and we would ask anybody who knows anything about it to contact the police.’

The crimes have not been reported to Sussex Police.

A spokesman for Brighton and Hove City Council said: ‘We are very aware of the concerns about parking issues in the Surrenden area, and we look forward to considering the proposals the campaign group are presenting to us which will be considered as part of the future consultation in the timetable agreed at committee in October 2017.

‘It would not be appropriate for us to comment on their proposals before the committee has had a chance to consider them.’