School shooter Nikolas Cruz, 19, has built up a fan base since he killed 17 at his former Parkland high school last month

Nikolas Cruz has been receiving fan mail and love letters from all over the country since he killed 17 people at his former high school in Parkland last month.

The South Florida Sun Sentinel has obtained copies of some of the letters addressed to the gunman, which show just how much admiration and devotion he has inspired in men, women, and particularly in young girls.

Broward County Public Defender Howard Finkelstein told the local paper there’s ‘piles of letters’ for Cruz, 19, and he worries that ‘every day boys and girls are starting to view him in an elevated way, looking up to his fame and notoriety.’

He added the letters ‘shake him up’ because they are mostly written by regular, ‘everyday teenage girls.’

On March 15, a Texas girl wrote: ‘I’m 18-years-old. I’m a senior in high school. When I saw your picture on the television, something attracted me to you.’

‘Your eyes are beautiful and the freckles on your face make you so handsome,’ she said before describing herself as white with big, brown eyes.

‘I’m really skinny and have 34C sized breasts,’ she added inside the envelope covered with hand-drawn hearts and happy faces. 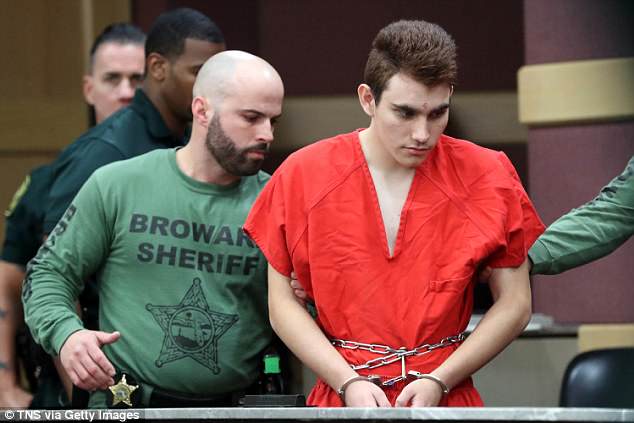 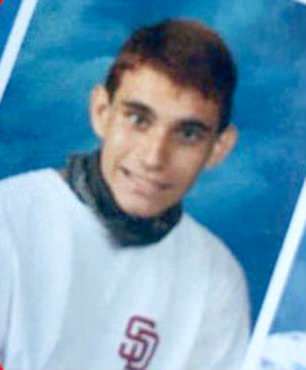 In one of the letters sent to Cruz, a young girl who claims she’s 18 describes her physical appearance and says she finds the killer ‘handsome’

But that’s just one of the many letters Cruz has received since he’s been held at the Fort Lauderdale jail.

‘In my 40 years as public defender, I’ve never seen this many letters to a defendant. Everyone now and then gets a few, but nothing like this,’ said Finkelstein.

‘I reserve the right to care about you, Nikolas!’ read a letter from a Texas woman sent six days after the mass murder that shocked the nation.

The note was written on a ‘kiddie-like greeting card showing a furry bunny holding binoculars looking out at the ocean,’ according to the local paper.

Inside, the sender wrote:  ‘Out of sight, but never out of mind.’

And it’s not just young girls who have reached out to the killer: The Sun Sentinel also reviewed mail from a New York man who enclosed a photo of himself sporting a gray mustache in his white 1992 Nissan convertible. 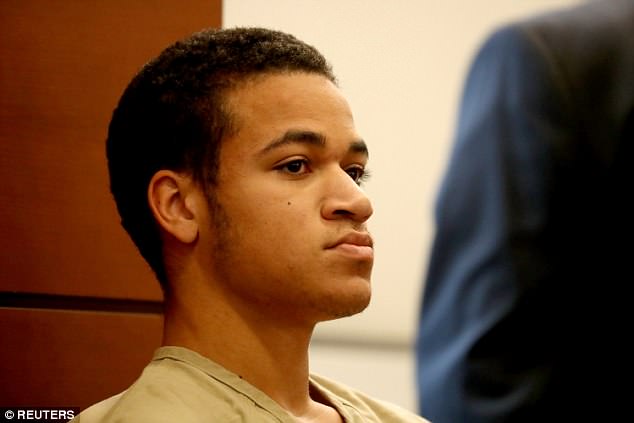 The troubled young man, however, has not seen any of his fan mail because he is on suicide watch.

His public defender Finkelstein said they have read a few letters with religious content to Cruz but will not read him fan letters or show him photos of ‘scantily-clad teenage girls’.

Cruz has also been receiving donations to his commissary account which inmates use to buy things such as food and personal hygiene products.

According to Finkelstein, Cruz currently has $800 in his account, all of which was donated by fans.

As previously reported, Cruz’ younger half-brother Zachary had been telling the killer about his newfound fame before he himself was arrested for trespassing at Marjory Stone Douglas high school.

‘Probably most concerning is his contact that he has had with his brother in the jail since his incarceration,’ Assistant State Attorney Sarahnell Murphy said during Zachary’s first hearing.

‘He has been heard and observed discussing how popular his brother is now, that his face is everywhere and his name is national.

‘There is discussion of starting some sort of pen pal or fan club and how many girls he is capable of attracting, referring to his brother Nikolas.’ 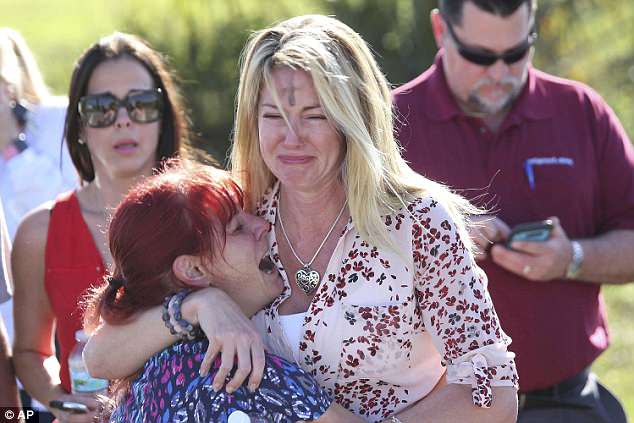 Indeed, Cruz, who was known as a loner before the shooting, has earned a substantial amount of support from people who see him as a victim of the system, as groups that have popped up in social media show.

One of them, the now-private Facebook group ‘Nikolas Cruz – the First Victim’ gathered 300 members who argued against the death penalty in the case and considered the effect bullying had in the killings.

Its description says the group is in complete support of Nikolas Cruz, who was ‘failed’ and deserves a fair trial ‘whether or not’ he committed the murders.

‘I want him to see how many people love and care for him and all the beautiful faces,’ a woman posted in the group as she asked people to send her photos for a collage for the killer.

Another commentator claimed Cruz was conscious of the page’s support.

‘Keep the letters coming because he can’t wait to finally get them,’ a woman wrote on March 16. ‘Hate mail is filtered out so no one can upset our boy!!! Haters gonna hate, potatoes gonna potate.’ 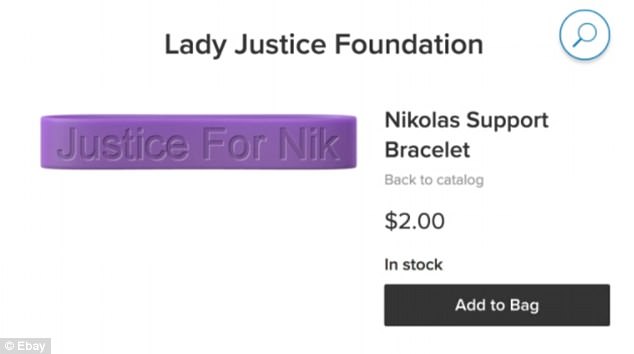 A purple bracelet with the words ‘Justice for Nik’ is for sale on eBay for $2. Funds from the sale of the product allegedly go towards Cruz’ commissary fund 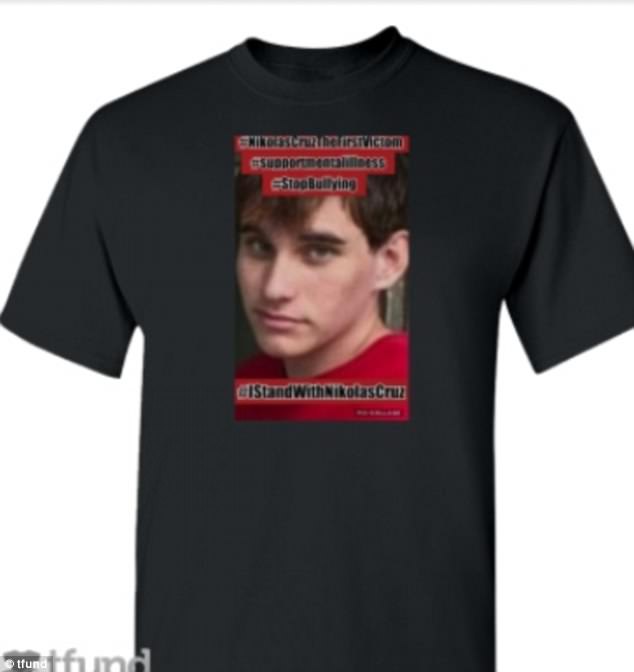 ‘This is in support of Nikolas Cruz to have a fair trial. In hopes of life instead of death,’ reads the product’s description

A public Facebook group, ‘Nikolas Cruz for Punishment or Apologize’, has four members who say they are committed to preventing future shootings.

‘If you see someone, your friends the stranger get bully please stand up,’ the group’s description reads.

As these online communities of Cruz fans have appeared, so has merchandise in support of the killer.

A purple bracelet with the words ‘Justice for Nik’ is for sale on eBay for $2. Funds from the sell of the product allegedly go towards Cruz’ commissary fund.

Shirts that read ‘I stand with Nikolas Cruz’ and ‘stop bullying’ also are on sale online.

‘This is in support of Nikolas Cruz to have a fair trial. In hopes of life instead of death,’ reads the product’s description.

Prosecutors in the case have stated they will ask for the death penalty.