Despite organizing a global movement against gun violence which they themselves billed as a ‘revolution’, some of the survivors of the Parkland school massacre have not been granted admission to their chosen colleges.

On Tuesday, David Hogg, one of the most vocal survivors of the February 14 atrocity, revealed that he had been rejected from four of the schools he applied to; UCLA, UCSD, UCSB and UC Irvine.

Hogg, 17, is not alone. Fellow survivor Ryan Deitsch was turned down by UCLA.

It is not clear what either wants to study. Hogg has a 4.2 GPA and scored a 1270 on his SATs, both of which are considered above average.

He is unfazed by the rejection and still has some options in Florida Atlantic University, California Polytechnic and California State University San Marcos.

None of the schools responded to DailyMail.com’s requests for an explanation as to why the boys’ were rejected on Tuesday.

Parkland survivor and March For Our Lives organizer David Hogg, 17, revealed on Tuesday he had been rejected from four colleges that he applied to. He has been accepted to three

‘It’s been kind of annoying having to deal with that and everything else that’s been going on but at this point, you know, we’re changing the world.

‘We’re too busy. Right now it’s hard to focus on that,’ he told TMZ on Tuesday.

Hogg said he was not surprised by the decision and did not attribute his rejection to his involvement in the movement, suggesting instead that he had been overlooked in a vast number of applications.

‘I am not surprised at all honestly I think there’s a lot of amazing people that don’t get to college not only that do things like I do but because their voices just aren’t heard in the tsunami of people that apply every year for college in such an economic impacted school system which we have here in America where people have to go into massive amounts of debt just to go to college and get an education.

‘I think it’s really sad but it’s the truth.’

He said he was yet to decide where to go and that it was not a priority given his ongoing activism. 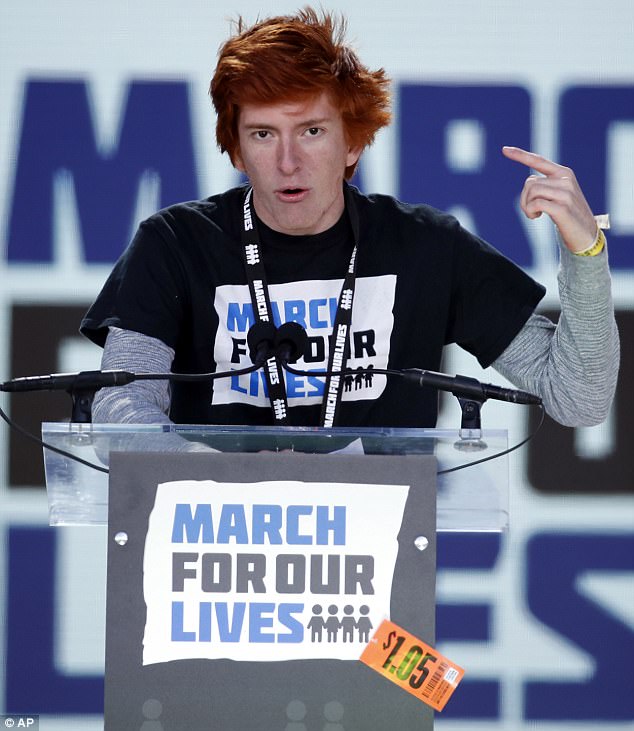 Ryan Deitsch, another student survivor who spoke at Saturday’s event in Washington DC, has also been rejected from schools in California 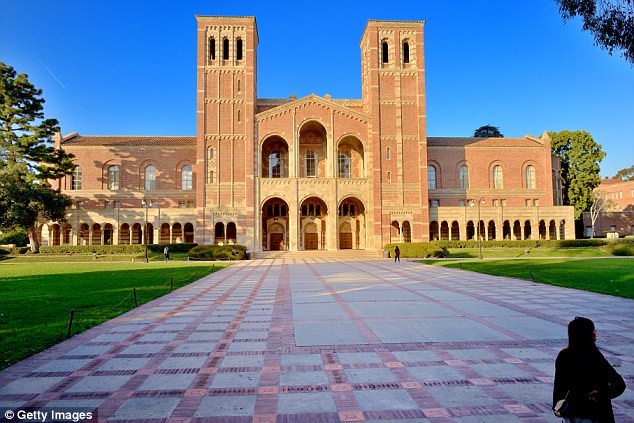 UCLA (above) is one of four colleges which turned Hogg down. Its staff has not commented on the decision 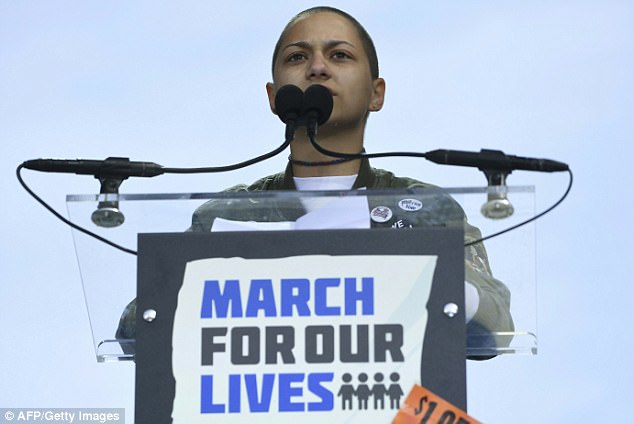 Emma Gonzalez will attend the New College of Florida, a liberal arts college

‘Right now, I have no clue. I haven’t even thought about it, honestly.  It is absolutely disappointing but at this point we’re already changing the world.

‘If colleges want to support us in that, great, if they don’t it doesn’t matter, we’re still going to change the world,’ he said.

A million people around America turned out for coordinated protests against gun violence on March 24.

The largest was held in Washington DC where Hogg gave an impassioned and, some said presidential, speech on the issue of gun reform.

Since February 15, he has been at the forefront of advocacy for tighter gun laws.

Emma Gonzalez, his classmate who stood silent on the enormous stage at Saturday’s protest for as long as gunman Nikolas Cruz sprayed her school with bullets, will attend the New College of Florida, a liberal arts school, he said. 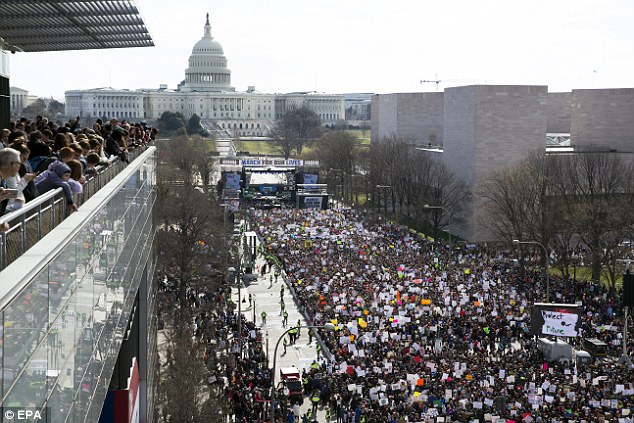 One million protesters turned out across the country for and thousands more overseas for the global coordinated protest on March 24. Above, the rally in Washington DC