A parkour star bounds up a wall more than double his height leading fans to liken him to the video game character Mario.

Jesse Turner, from Gold Coast, Australia, is a parkour professional, free-runner and stuntman.

The first attempt shows Jesse, in his late 20s, launch himself at the marble wall in Brisbane, Queensland, yet he falls down after losing his grip on the slippery surface.

After cleaning his trainers in a sling, Jesse tries again and bounds six times between the walls.

In a third attempt, Jesse reaches the top yet slides down the wall and rolls on the ground in frustration.

After a fourth failed attempt, the camera pans to security guards who are amazed at Jesse’s will to conquer the seemingly impossible task.

In the final quest, Jesse leaps between the walls six times before clutching onto the ledge.

Jesse Turner from Gold Coast, Australia, scales the marble wall in Brisbane, Queensland, as part of a Parkour challenge. He leaps between the marble walls and tries to grip onto the slippery surface 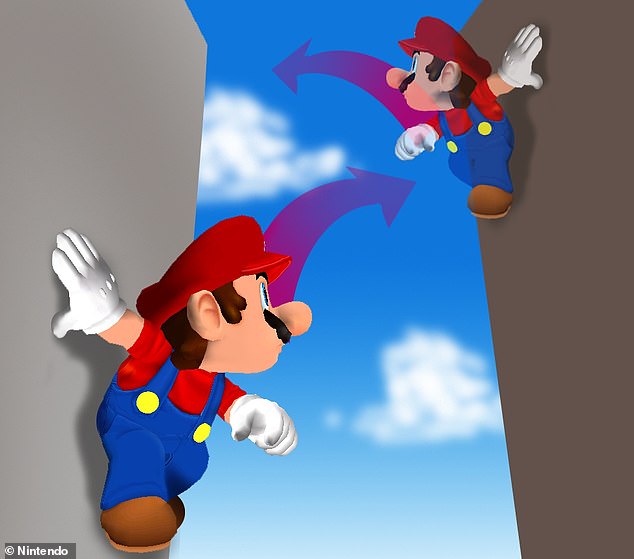 Jesse appears from the ledge and throws his hands up in amazement as he celebrates his parkour challenge.

Jesse posted the clip to his 33.8k followers on Instagram with the caption: ‘Failure is one step closer to success.’

In the comments on the clip, followers likened the footage to a scene from a Jackie Chan film and the character Mario, known for his talent of climbing walls, from the video game series of Super Mario.

On YouTube Jesse posted the full video to show how the challenge took him days with the caption: ‘Never give up!!’

Jesse bounds onto the wall (left) and stretches his arms out to grip the surface. He propels himself off the walls (right) and tries not to fall down 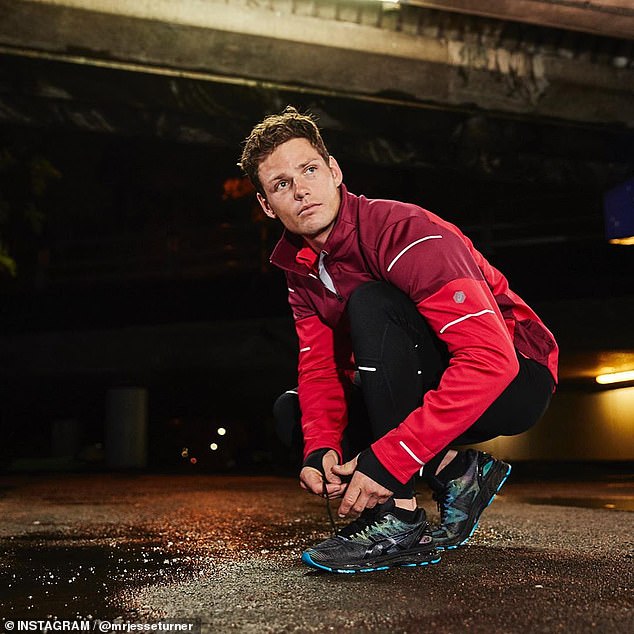 Jesse poses for sports clothing brand Asics Australia. He also works as a stuntman and has starred in films including The Wolverine, Suicide Squad and Unbroken

Jesse grabs onto the ledge at the top of the wall on his fifth attempt at the challenge (left). The stuntman then appears from the ledge (right) and is overwhelmed with how he has managed to climb the seemingly impossible wall

Jesse also works as a stuntman and has worked on films including Suicide Squad, The Wolverine and Unbroken.

On Instagram, Jesse posts a number of nail-biting tasks as he completes Parkour challenges.

One video shows Jesse leaping from a wall over a set of steps before doing a front flip onto the ground.

Other clips capture Jesse flipping over a moving truck and gliding down a series of handrails.