Man, 20, is charged over ‘mass stabbing brawl’ after a rugby league match that left a teenage player and two spectators fighting for their lives

By Alana Mazzoni and Charlie Coe For Daily Mail Australia

A young man has been charged over an alleged stabbing brawl that left three people seriously injured after an under-20s rugby league match in Sydney’s west.

Hundreds of onlookers watched on as spectators and players clashed in the car park at Old Saleyards Reserve in North Parramatta at 11.20am on Sunday.

Several men fled the scene while a player, 19, and spectator, 22, were airlifted to hospital in critical condition with stab wounds to their neck and torso.

Another spectator, 16, was also seriously injured and taken to Westmead Hospital.

Riot squad officers stormed a home in Cambridge Park just before 2pm on Sunday and arrested a 19-year-old man over the alleged attack, taking him to Nepean Hospital for treatment to a hand laceration under police guard.

Another man, 20, was arrested at Penrith Police Station just before 8pm and charged with affray and assault occasioning actual bodily harm in company of other.

He was refused bail and will appear at Penrith Local Court on Monday.

Two men are in a critical condition in hospital after an alleged stabbing attack in North Parramatta in Sydney’s west on Sunday. Aerial photo of scene pictured 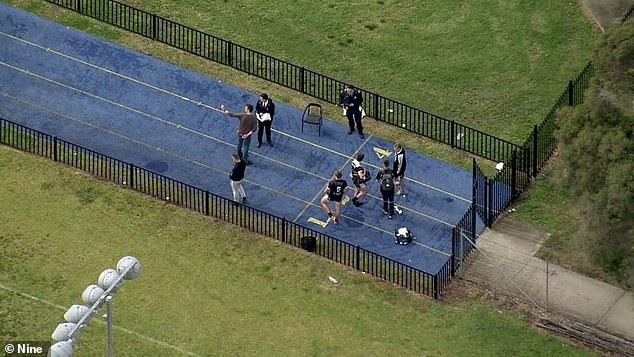 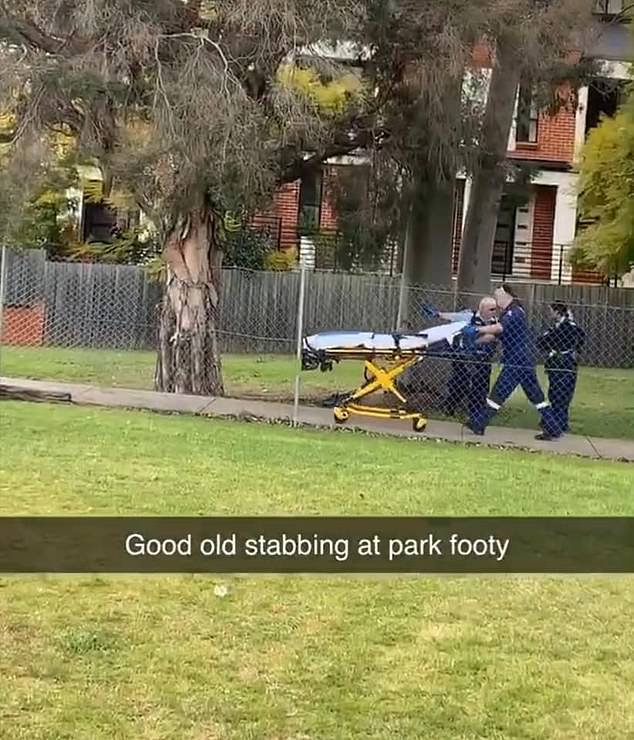 The alleged stabbing attack followed an under-20s game between Penrith Brothers and Wentworthville.

A witness also claimed moments after the game had ended players allegedly ran to their cars and sparked the wild brawl.

‘The under 20’s game between brothers and wenty has just resulted in players running to their cars after the game and grabbing out knives,’ the witness alleged. 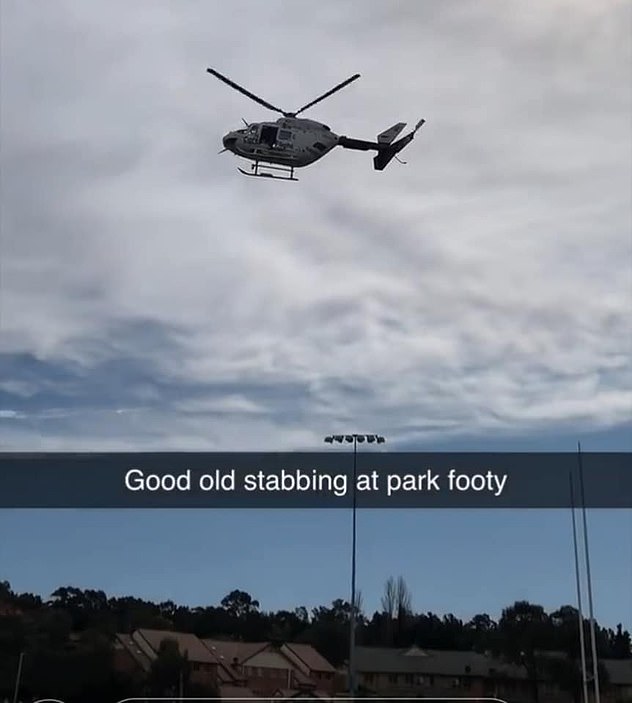 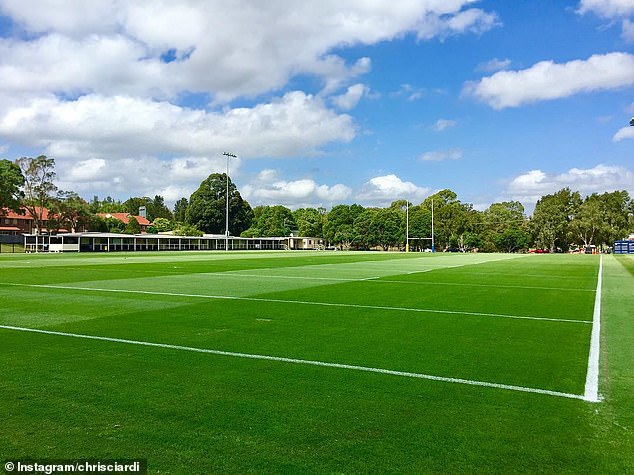 Police said they were called to Old Saleyards Reserve (pictured) on Gladstone Street, North Parramatta in western Sydney. A match between Penrith Brothers and Wentworthville had just concluded

‘Wounds like this can cause an extensive amount of damage and often we can see the extent of damage done – so it is very concerning whenever we are called to jobs like this,’ he said.

‘Our paramedics did an exceptional job in providing life-saving treatment for the patients.’

‘Unfortunately we have two men who are in a critical condition and will continue to undergo treatment in hospital.’

The New South Wales Rugby League is investigating and it has not been confirmed if those involved were players or fans.

A NSWRL spokeswoman confirmed to Daily Mail Australia the postponement of a round four Sydney Shield Match scheduled for 3pm on Sunday between the Belrose Eagles and the Wentworth Mapies was related to the alleged stabbing.

‘The NSW Rugby League (NSWRL) has been made aware of a serious incident in a Rugby League match today between Wentworthville Magpies and Penrith Brothers in an under 20s community football game at the Old Saleyards Reserve, North Parramatta,’ the sport’s state body said in a statement.

‘The match appeared to have proceeded and concluded in an uneventful fashion.

‘However, it has been reported that after the match, players from both teams were leaving the ground and, in a car park adjacent to the ground, one of the Wentworthville players was stabbed. During the same incident, it appears two other people were also stabbed.

‘NSWRL Chief Executive David Trodden said: ‘The incident is sickening criminal behaviour and those responsible for it deserve to face the full force of the law.

‘Everyone who enjoys community sport at the weekend should expect to be able to do in a safe environment and it is nothing short of appalling that an incident like this has taken place in an area adjacent to where one of our matches was being conducted.

‘The NSWRL will provide their full cooperation to Police in order to bring those responsible to justice.

‘Beyond any criminal behaviour, anybody involved with the incident can expect never to have a role in our game ever again.’

‘Trodden said that in the circumstances, both teams have been stood down immediately pending the outcome of the police investigation.

‘Our thoughts are with the families of the victims and anyone else who was affected by the traumatic event and we offer the full support of all our counselling and other services to them,’Trodden said.’