Parts of New York can expect to reopen at the end of the week but New York City will remain closed until June unless ‘something miraculous happens’ because there still aren’t enough hospital beds free and not enough contact tracers have been hired.

New York Gov. Andrew Cuomo announced at his daily briefing that parts of the state were ready to reopen after May 15, the end of his statewide lockdown, after reducing the spread enough.

In New York City, the major indicators of infection are all low, but there still are not enough free hospital beds in the system to meet Cuomo’s requirement of keeping 30 percent free.

Mayor Bill de Blasio said on Monday morning that the city would likely stay closed until June unless ‘something miraculous happens’ as a result.

He added: ‘We have our daily indicators. The state has their indicators. We’re all working together…they’re all valuable measures.

‘By both sets of measures, we’re clearly not ready yet,’ he said.

However a spokesman for the mayor’s office clarified later to DailyMail.com that the ‘indicator’ holding the city up was the lack of free hospital beds. 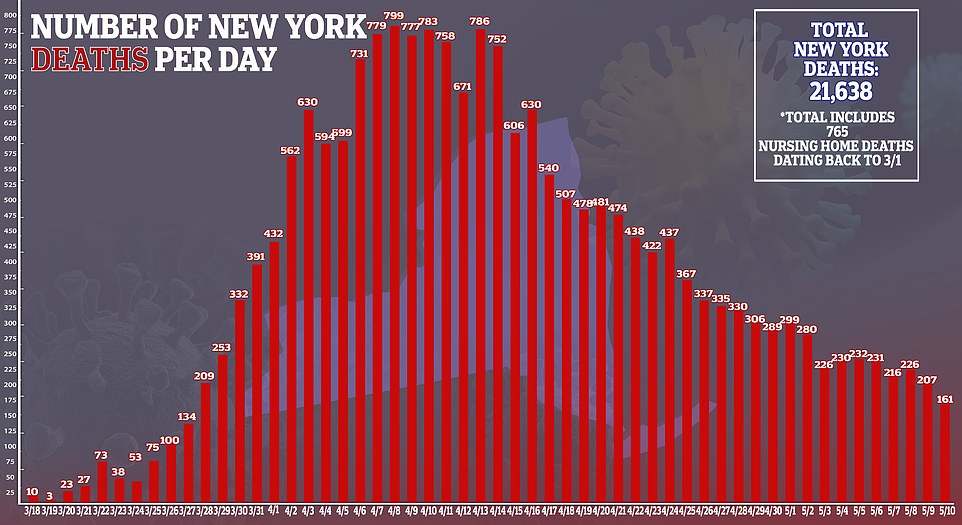 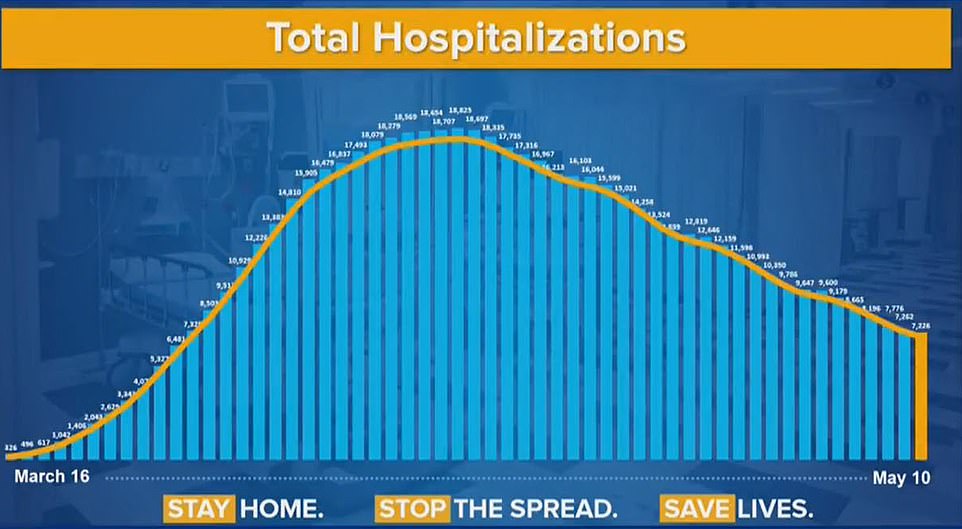 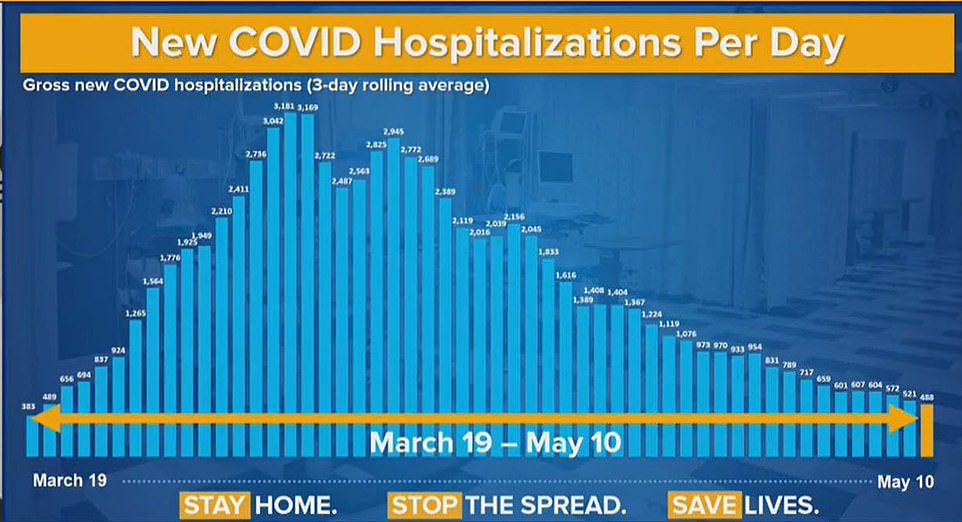 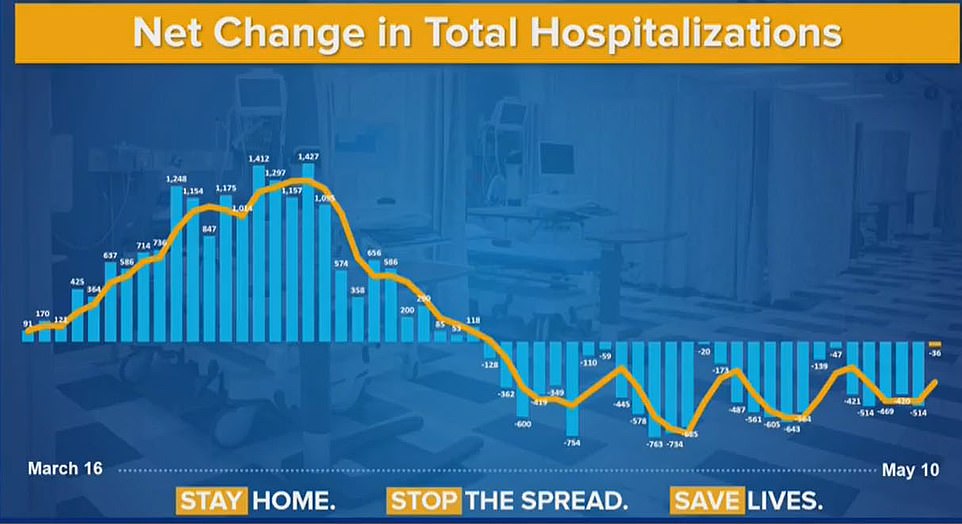 ‘We haven’t met the hospital capacity goals yet. We would like to see more people discharged from our hospitals.

‘Also, the number of individuals in critical care remains high.

‘We are in the hundreds for tracers and rapidly hiring and building out our infrastructure to meet the statewide goals,’ they said.

The number of ICU patients suspected to have COVID across New York City went down from 540 to 537 on Saturday. 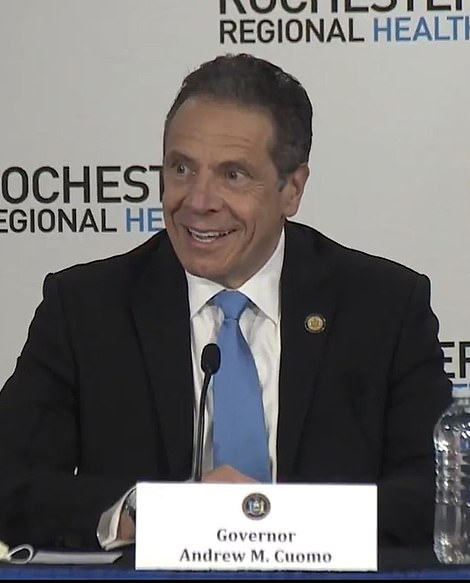 NY Gov. Andrew Cuomo said on Monday we were ‘on the other side of the mountain’

The number of people admitted to hospitals dropped from 69 on Friday to 55 – well below the 168 maximum under Cuomo’s requirement to reopen.

And the percentage of people testing positive for the virus dropped from 17 percent to 13 percent of the city’s population.

‘This is exactly the kind of day we want to see,’ de Blasio told reporters.

‘Now let’s see if we can stretch a number of these days together and that will be a signal,’ to start loosening up restrictions.

‘We have real work to do to get there,’ the mayor said.

The reopening will start with manufacturing and construction businesses reopening with social distancing in place.

The second phase will allow ‘all retail’ to offer curbside pick-up.

Cuomo has not given any indication of how long it will take to transition from phase one of the reopening to phase two or to the two other phases beyond that, saying only that it will have to be done while watching how infection rates are increasing or not as it’s happening but that it should happen ‘as fast’ as it can.

The third phase is reopening restaurants and fourth will be entertainment and education. He has not outlined where gyms or beauty services fall into the list, nor has he specified when bars will reopen.

Professional services, financial services and real estate are all in phase two and Cuomo says it will come down to the practices they put in place to stop the spread to mean they can open quickly and stay open.

‘As fast as you can reopen, reopen. Just watch the dials.

‘It will be determined by the facts and the numbers as you go along. You’re turning a valve, increasing economic activity.

‘You have a dial right next to the valve that says infection rate, hospitalization rate – you can open that valve as fast or as slow to keep that infection rate below 1.1

‘You watch and as fast as you can come online without increasing the virus spread to outbreak then that’s how fast you reopen the economy. 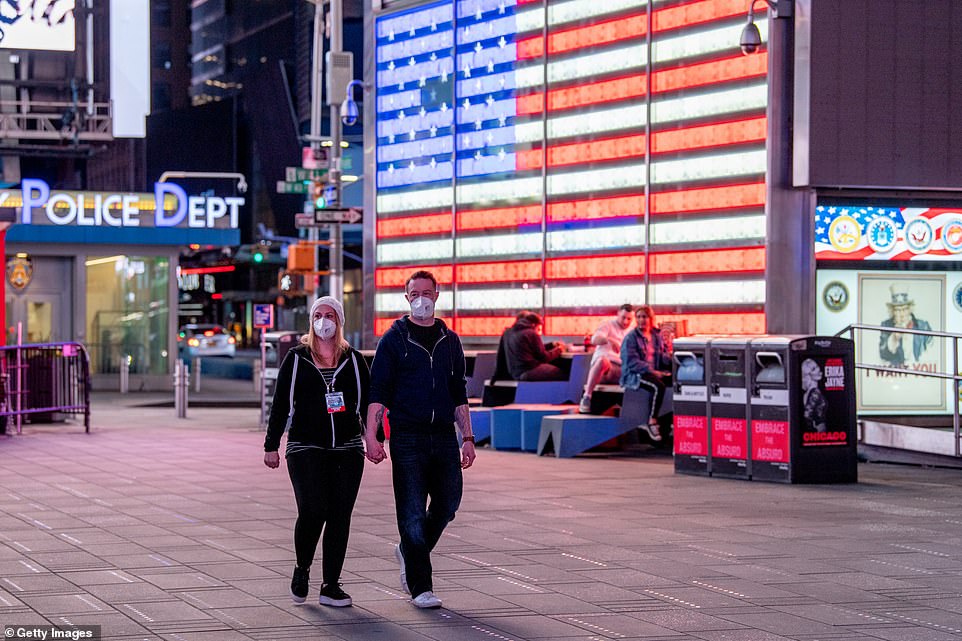 ‘The local region has a control room and a circuit breaker if you see those dials going into the red zone, if you really closely watch the dials, you wouldn’t have to turn the valve off you would just slow the valve a little bit.

‘If the business owners are smart, theoretically nobody should get infected,’  he said on Monday.

‘It’s an exciting new phase. We are all looking forward to getting back to work.

‘We’re on the other side of the mountain. We are just about where we started the journey  We have abated the worst with what we’ve done.

‘Local regions should start to prepare. We’re going to open when we’re ready,’ he said.

Once businesses do reopen, he said it was down to personal behavior.

‘Be smart,’ he said, advising people to keep washing their hands and wearing masks.