James Casey, 20 (pictured) was caught by officers five times in five hours for breaching stay at home directives in Mildura on April 19

A man told police he was exercising with a case of alcohol under his arm after being caught roaming the streets during the coronavirus lockdown.

James Casey was caught by officers five times in five hours for breaching stay at home directives in Mildura in north-west Victoria on April 19.

The 20-year-old was one of the first people charged with breaching Public Health orders in Australia since laws were changed during the pandemic.

He walked away from Mildura Magistrates Court on Wednesday with a $400 fine and no conviction to his name.

The court heard police first encountered Casey just before 1am, walking home from his friend’s house where he had been celebrating his 20th birthday, reported the Herald Sun.

After initially joking he had been exercising he told police where he had been and was ordered to move along.

But three hours later at around 4am he was found walking along Eighth Street and Deakin Avenue.

The 20-year-old (pictured: right) was one of the first people charged with breaching Public Health orders in Australia since laws were changed

After another warning he disappeared before emerging inside the Mildura police station where he asked police for directions to the supermarket, reported ABC news.

Once again he claimed he was ‘going for a jog’ when asked by officers why he was outside.

They told him to go home and he was spotted on the streets once more within the hour.

This time he fled inside the grounds of the Chaffey Secondary College with his open can of Canadian Club after he realised he had been caught.

Officers tracked him down and drove him home themselves, frustrated after being told once again he was out ‘exercising’.

He even told police he was drinking the cans of alcohol to stay hydrated. 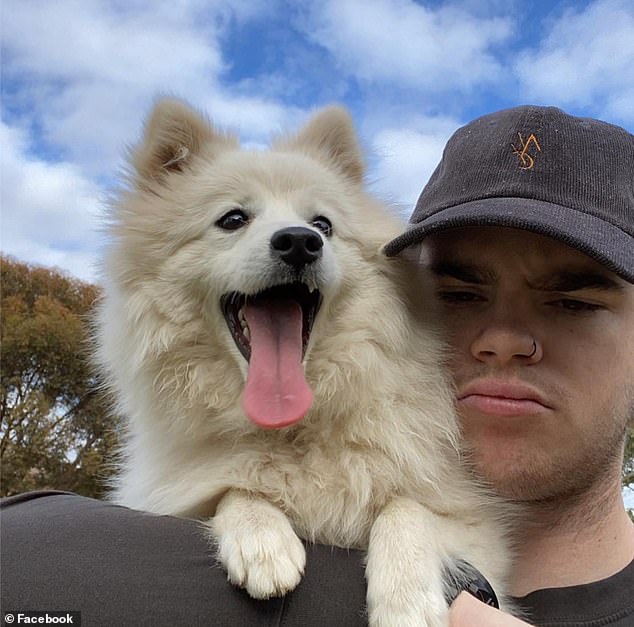 But he ripped it up and sauntered into his home.

An hour later he was back on the streets with another can of Canadian Club.

Police arrested Casey and charged him with breaching the public health act.

He pleaded guilty on Wednesday to failing to comply with directions from the Victorian Chief Health officer.

Magistrate Michael Coghlan described his offending as ‘foolish’ but didn’t record a conviction of his lack of criminal history.

His initial fine was thrown out but he was ordered to pay a $400 fine for the breach.

He was placed on a six-month good behaviour bond.