Party City is apologizing for airing a Super Bowl-themed commercial in which an actress said that people with gluten-free diets are ‘gross.’

The ad, which has since been removed from YouTube, depicted two women discussing a gluten-free guest at their Super Bowl party in an unkind way.

Since taking note of the clip, several people with Celiac disease and who suffer from gluten insensitivity have slammed the party store for being insensitive to a real health issue.

Offended: Party City aired a Super Bowl-themed commercial featuring two friends standing by a snack table at a party. One tells the other that that people with gluten-free diets are ‘gross’

The commercial depicts two women setting up a snack table at a Super Bowl party and marveling at all there is to eat — including everything inside Food Network star Sunny Anderson’s inflatable football stadium.

Upon noticing a separate plate of sad-looking crackers, one of the women asks the other, ‘What is that?’

Her friend responds in a seemingly disapproving tone, saying, ‘Those are some gluten-free options.’

‘Do we even know people that are like that?’ asks the first woman

‘Tina?’ the second women answers, to which the first replies: ‘Oh gross, yeah.’ 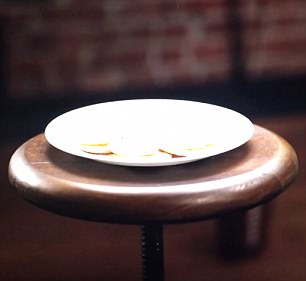 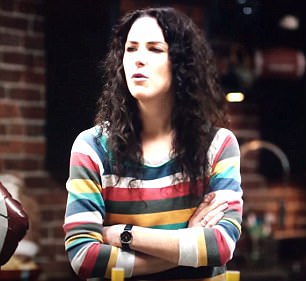 Horrible: When the pair take note of a sad plate of gluten-free crackers, they seem disgusted 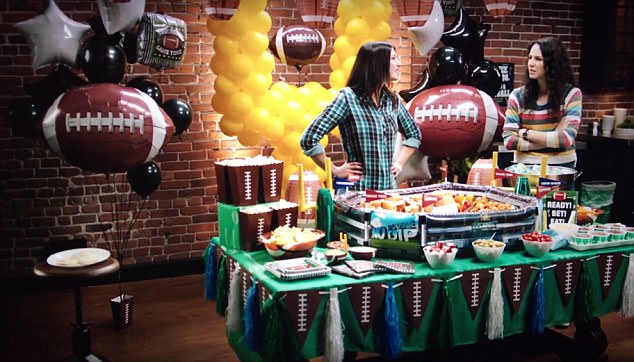 Ew: When they remember which guest is gluten-free, one woman says, ‘Oh gross, yeah’

While some people choose to follow gluten-free diets in the hope of experiencing health benefits, others or ordered to do so by doctors because they have been diagnosed with Celiac disease.

Since the commercial’s release, people who suffer from Celiac disease have spoken out against Party City, calling the add insensitive and offensive.

‘Who thought this ad was ok! As a parent to a child with Celiac disease I am disgusted,’ wrote one critic.

‘Your commercial is disgusting. Do you have any idea how hard it is to live with a life threatening food allergy? I will not be shopping at your store anymore,’ wrote another.

Responses: People who suffer from Celiac disease, an autoimmune disorder, can have painful reactions to eating gluten

Parents: One mother was so disgusted by the commercial because she has a child that suffers from the disease

Hurt: The backlash kept coming as people who eat gluten-free diets could not believe they were being mocked

Lost customers: Some people were so shocked and upset by the advertisement, that they told Party City they’ll no longer be shopping there

The comments from people slamming the brand only got worse, with Baltimore Gluten Free, a research and support center for those suffering from the disease, condemning the brand.

‘This is the most offensive commercial I’ve seen yet towards the Celiac, gluten sensitivity and food allergy community. Please share and let Party City know how you feel. I will,’ the support center shared.

Other people offended by the ad shared their frustration with one person writing: ‘Your new ad mocking people who eat gluten-free is inconsiderate and wrong at best. My Celiac disease is not your punchline.’

‘Your Big Game ad is offensive, insensitive and hurtful to people suffering from Celiac Disease and food allergies preventing them from eating gluten,’ wrote another.

‘People choose to eat gluten-free for many reasons, none of which should be mocked or scorned. Party City, you lost a customer.’ Apology: In response to all of the backlash they were receiving, Party City released an official statement on Monday, apologizing for offending anyone with their commercial

In response to all of the backlash, Party City has pulled the commercial and released an official statement on Monday, apologizing for causing offense.

‘Party City values its customers above all else, and we take your feedback extremely seriously. We recognize that we made an error in judgment by running the recent Big Game commercial, which was insensitive to people with food allergies.

‘We have removed the commercial from our website and all other channels, and sincerely apologize for any offense this may have caused.

‘We’d also like to clarify that Sunny Anderson was not involved in the creation of this commercial in any way, and we apologize for any offense it has caused with her audience and fans.

‘We will also be reviewing our internal vetting process on all advertising content to avoid any future issues. In addition, Party City will be making a donation in support of Celiac Disease research,’ it read.

While the store issued an apology, Sunny Anderson posted a picture of the official Party City statement on Instagram with the caption: ‘Please read. I’d like to thank Party City for handling this swiftly and with care.’