She has found herself thrown into the spotlight, after enjoying a night out with Wayne Rooney that resulted in the footballer being arrested for drink-driving.

But appearing to move on from the scandal, Laura Simpson appeared in high spirits as she joined a male pal for a night out in Manchester on Friday night.

The 29-year-old cut a sultry figure for the evening and slipped into a thigh-grazing leather mini skirt, while teasing a look at her bronzed pins in a pair of knee-high boots.

Laura, who was reportedly branded a ‘fame-seeking slapper’ by Wayne’s pregnant wife Coleen, brushed off the controversy that has seen her catapulted into the public eye as she strolled arm-in-arm with a male companion.

She teamed her burgundy mini skirt with a frilled roll-neck jumper that sheathed her svelte frame and wore a black bakers cap atop her fiery red tresses.

Her locks fell past her shoulders in soft voluminous curls and Laura completed her ensemble with a glamorous make-up look, that came complete with lashings of foundation, a touch of concealer around her eyes and a slick of nude lipstick across lips.

Laura was joined by a slew of friends as she stepped out in the city and appeared in high spirits, flashing a smile before she was seen sharing a joke and throwing her arms around the neck of her male companion. 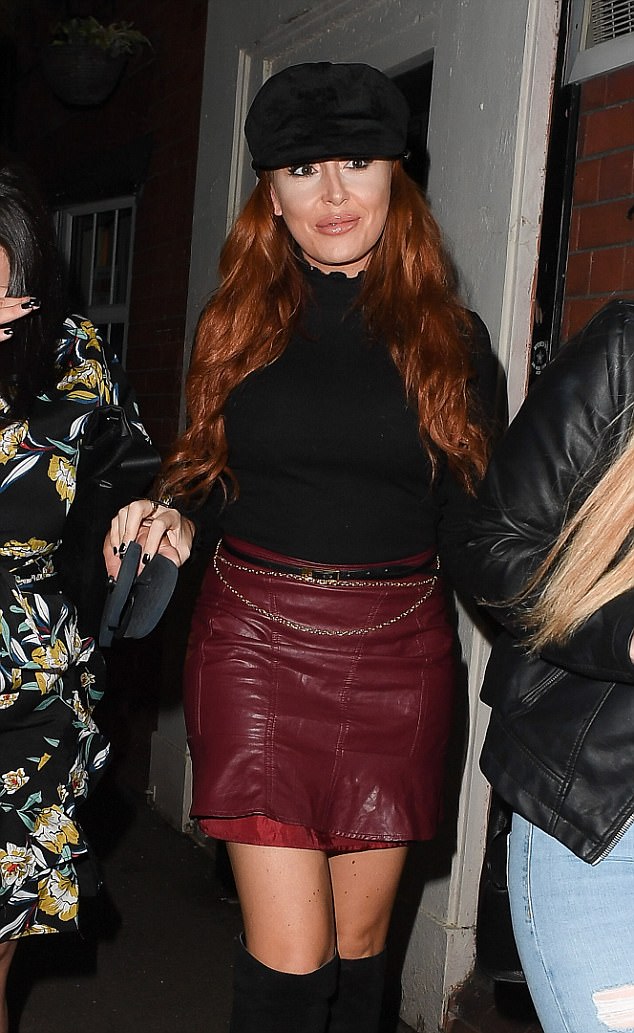 Simpson has been at the centre of a media storm since meeting Rooney on September 1.

They enjoyed a night of drinking in Cheshire, after which the footballer was caught three times over the legal limit while driving her Volkswagen Beetle.

Rooney was pulled over by police and later admitted to drink driving at Stockport Magistrates’ Court. Earlier this month, Wayne apologised for his ‘unforgivable lack of judgement’ as he was banned from driving for two years and given 100 hours’ community service.

The Everton striker was handed a 24 month driving ban and given 100 hours’ community service as part of a 12-month community order imposed at Stockport Magistrates’ Court. 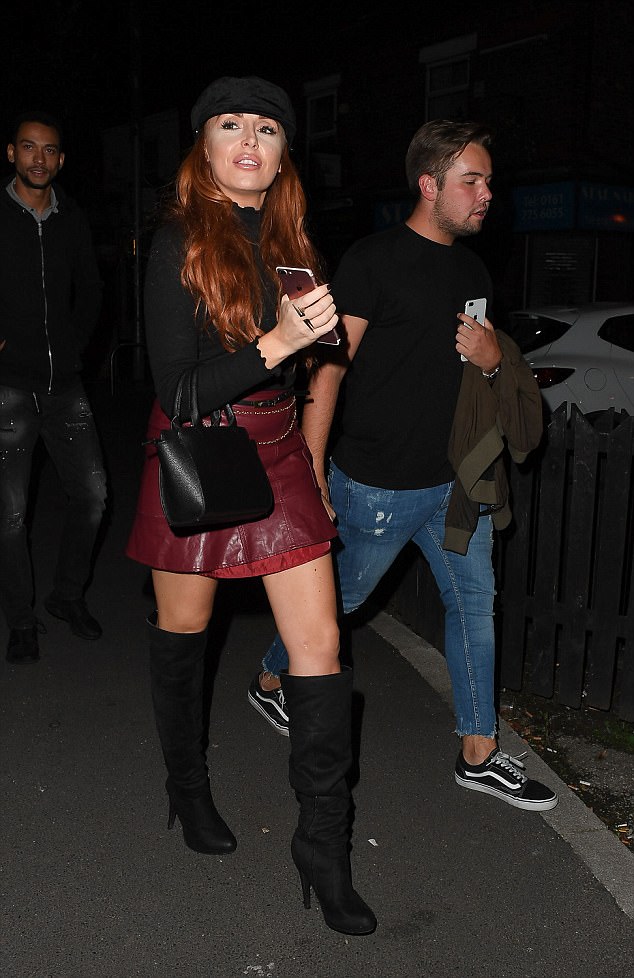 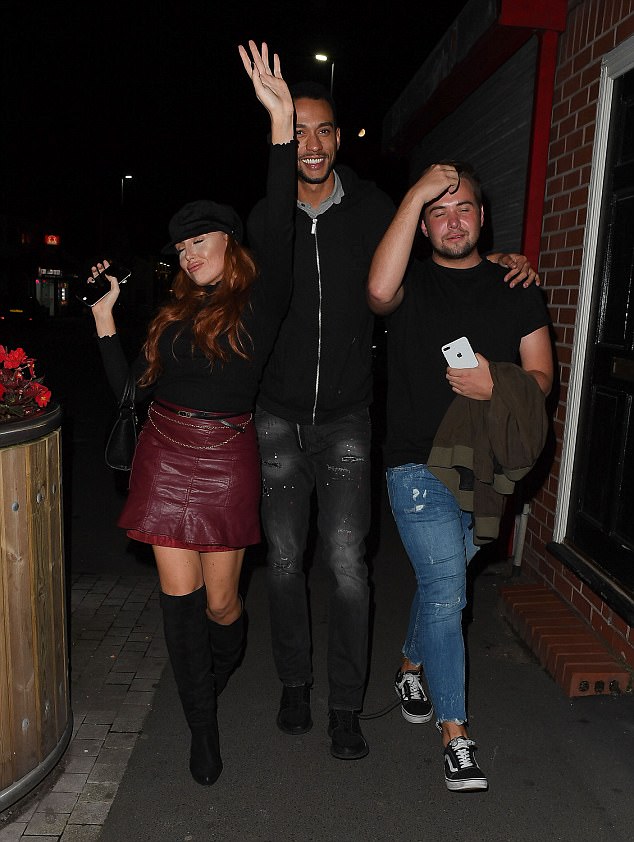 In his statement he said: ‘I want publicly to apologise for my unforgivable lack of judgment in driving while over the legal limit. It was completely wrong.

‘I have already said sorry to my family, my manager and chairman and everyone at Everton FC. Now I want to apologise to all the fans and everyone else who has followed and supported me throughout my career.

‘Of course I accept the sentence of the court and hope that I can make some amends through my community service.’

Laura, meanwhile, had spoken about her night spent with Wayne during an interview on Loose Women where she was grilled about her involvement with the sports star.

She had said that Coleen shouldn’t forgive Wayne, adding: ‘I don’t think he deserves it.’ 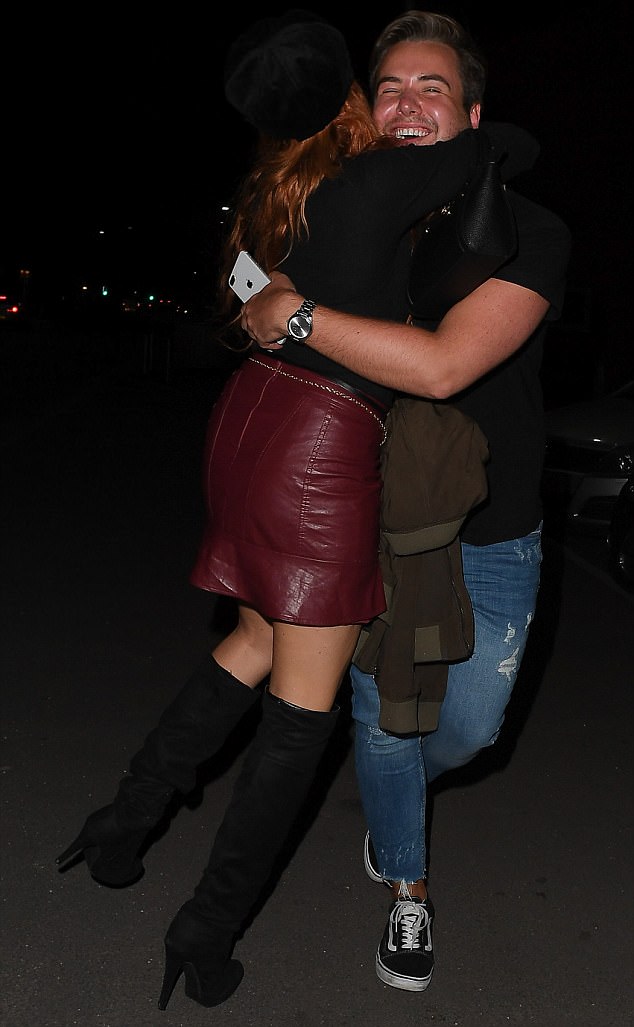 Describing the night, she said: ‘Basically, we just got a cab. It was a bit of a whirlwind really. There was no conversation. We just ended up in my car after getting out of the cab.’

When asked what she was planning to do with Rooney, she replied: ‘Go home.’

She denied previous claims she said she had ‘kissed and cuddled’ the footballer, claiming the night had been ‘blown out of proportion’.

She admitted that the scandal must be difficult for Rooney’s pregnant wife Coleen to deal with, but insisted she had spoken to her and explained the situation.

Coleen reportedly wasn’t impressed with Laura’s TV appearance or her ‘changing story’ saying ‘She still thinks Wayne was in the wrong — but for the first time it seems he has some light at the end of the tunnel.’ 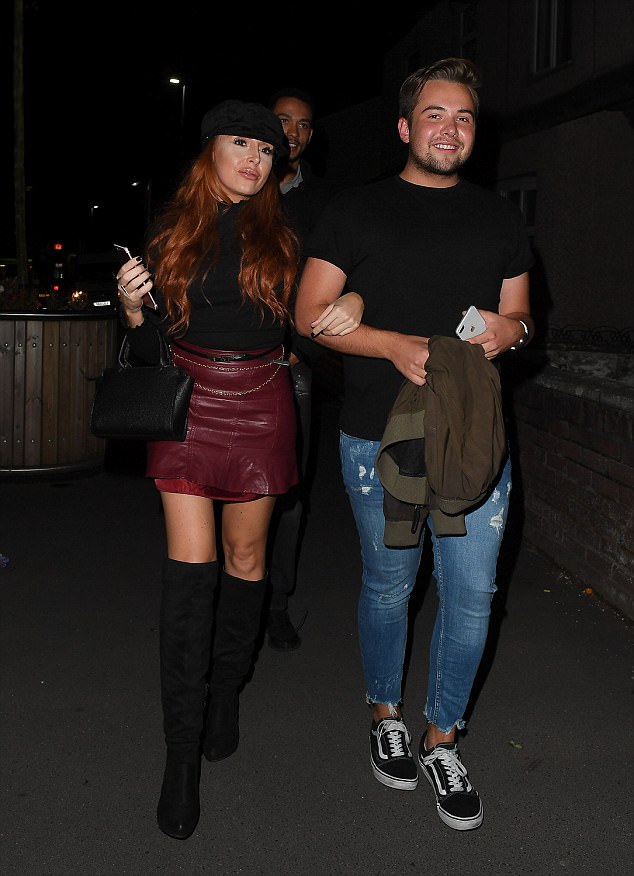 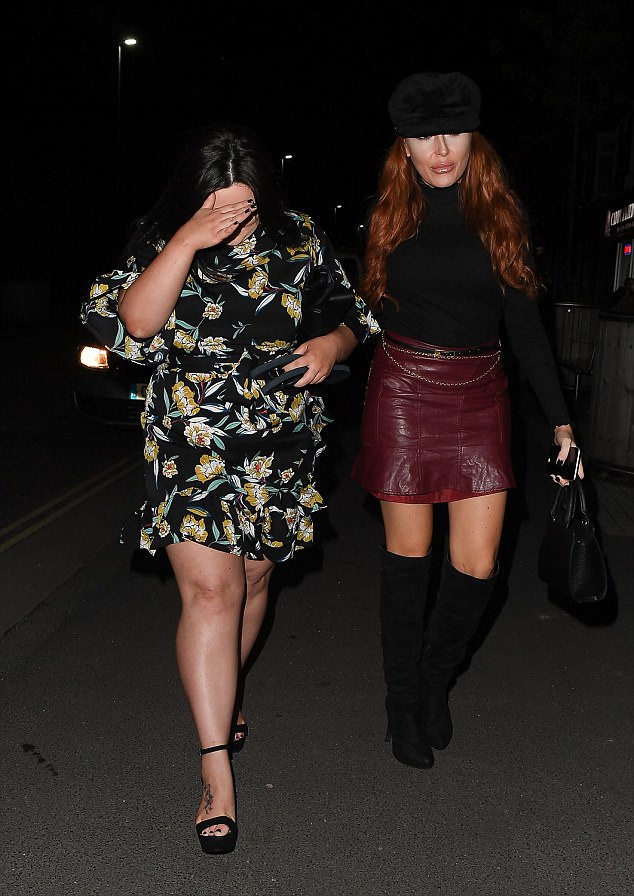 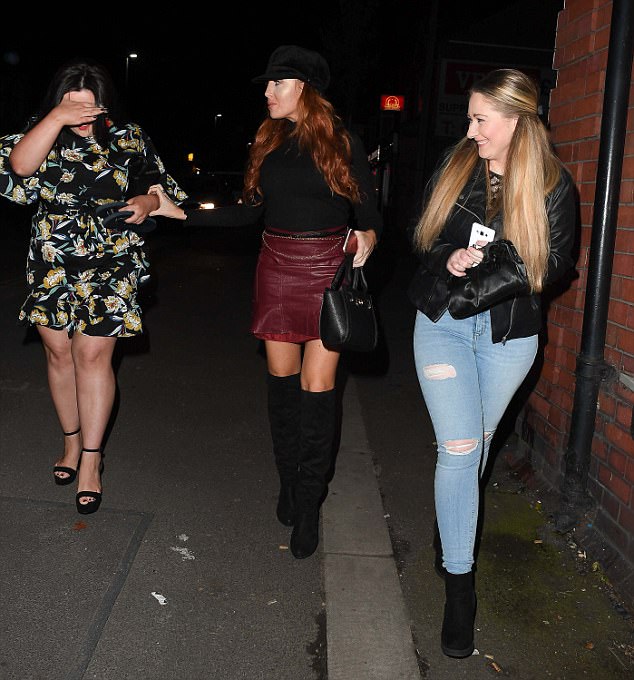 Following her TV interview, Laura was seen exchanging flirty Twitter messages with former boxing champ Ricky Hatton, 38. The sporting star asked for her number on the social media site, prompting her to jokingly hit back that she wasn’t interested as she prefers footballers instead.

She has since announced on the social media site her plans to sell her VW beetle because she gets so many chants from ‘white van men at traffic lights’.

Laura wrote on Twitter: ‘Need a new car cba being sang chants by the world and his wife’s white van men when I’m at traffic lights.’

Meanwhile, it was recently reported that Wayne has been trying to woo Coleen, who has been spotted without wearing her wedding ring, back with a string of movie dates, after the fallout from his night out with ‘party girl’ Laura. 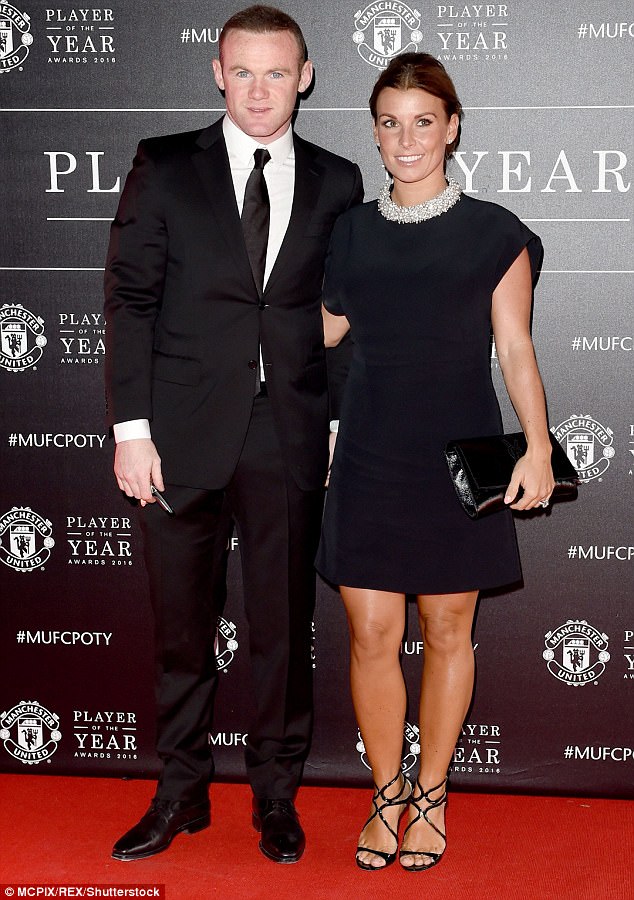 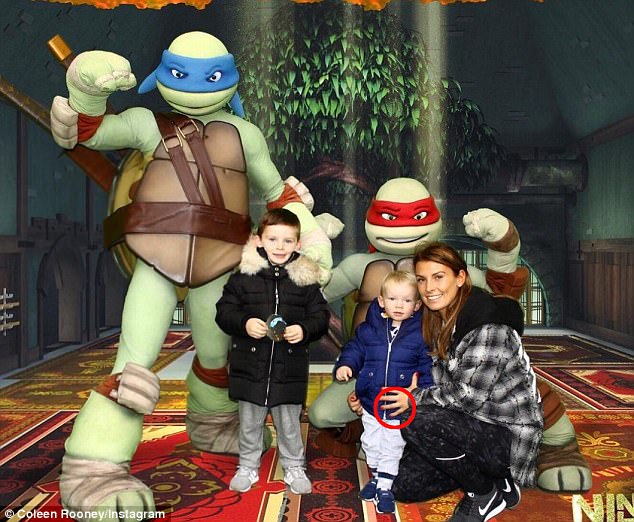 According to The Sun, the footballer is eager to evoke the feelings brought about from when they initially embarked on their romance, with their first date being a trip to see the 1997 comedy Austin Powers.

A source told the newspaper: ‘Coleen is still really angry with Wayne, so he’s pretty quiet at home and keeping his head down.

‘But he has been gently trying to show how much he loves her by taking her out on the quiet, so they have been to the cinema together, which is something they really enjoy doing.

‘Wayne is hoping that little by little, he can win Coleen around. He wants everything back to normal by Christmas.’

MailOnline has contacted a representative for Wayne for comment. 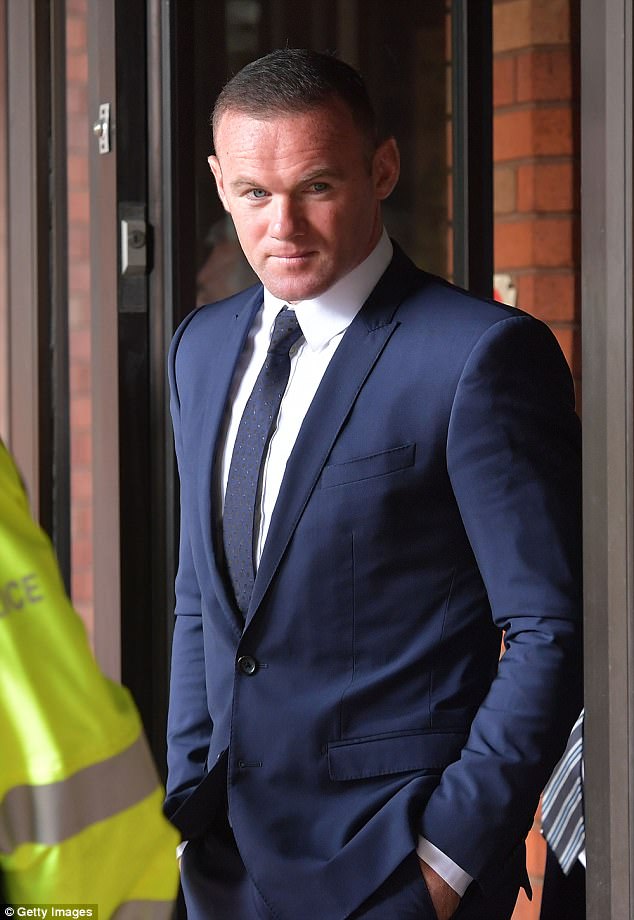