A fancy dress outfit sparked a major bomb scare after a reveller dressed as a jihadi dumped a fake suicide vest in a high street bin.

A full-scale bomb disposal operation was carried out in Wellingbrough, Northamptonshire on Sunday after one careless partygoer ditched the suspect device while on a night out.

Crack troops from the RAF carried out a controlled explosion and sealed off streets around the town center after the fake suicide vest was spotted by horrified shoppers. 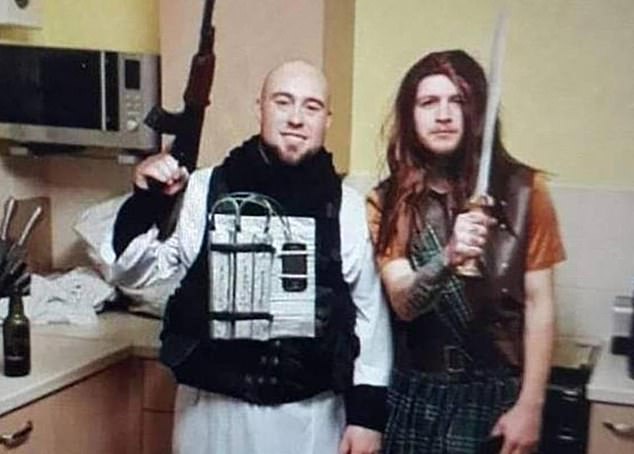 A picture of the partygoer with the fake suicide vest strapped around his body and clutching a fake AK-47. The incident which sparked a major bomb scare

Pictures of the device showed it lying in the bin with fake wires and a mobile phone.

The bomb was revealed to be a dud after a Snapchat image of the man in costume circulated around the town, showing him with the fake suicide belt strapped to his chest.

Soon after its discovery local reports suggested it had been left by a reveller dressed up as a terrorist.

‘They were able to assess and carry out a controlled explosion and thankfully the item of concern was finally determined not to present any danger to public safety.

‘This has caused significant disruption in the local area for a number of hours and I would appeal to anyone with any information as to who left this item in such a public place, to contact police on 101.’ 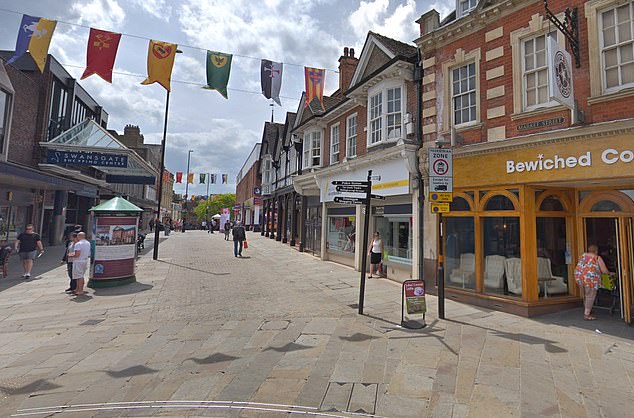