Passenger, 31, accused of having a sex on the back of a bus did not face court because she was sick

Passenger, 31, accused of having a sex romp on the back of a bus with her 23-year-old lover has her case delayed after calling in sick

A woman who took part in a sex romp on the back seat of a bus in NSW’s Hunter region was to ill to face court on Tuesday.

Wonder French, 31, was due to appear at Toronto Local Court charged with offensive behaviour, inciting the commission of crimes, using offensive language and travelling on the bus without a valid ticket.

Magistrate David Price said court officers had received a call from French saying she was unwell and unable to attend court.

Wonder French, 31, has her case delayed claiming she was sick after she was accused of having sex with a 23-year-old man at the back of the bus (stock image)

Mr Price said French had asked for more time to seek legal advice. He adjourned the case to June 5 at Belmont Local Court.

French claimed she was recovering after a recent stint in hospital to treat a leg infection, court documents reveal.

French’s alleged sex partner on the bus, 23-year-old Ryan Jones, has denied the six charges he faces over the incident.

Detectives allege Jones and French, both from Windale, had sex on the bus as it travelled between Charlestown and Warners Bay at Lake Macquarie on a Friday morning in late March.

Jones, who had been on parole at the time but is now in custody, allegedly spat at the driver who ordered the couple to stop having sex and booted them off his bus.

The unemployed and homeless man is charged with assault, behaving in an offensive manner in a public place, travelling on the bus without a valid ticket, intentionally or recklessly damaging property, affray and stalking.

He has pleaded not guilty and is due to appear in Newcastle Local Court on May 23.

Court documents state Jones spat on the bus’s Opal card reader and the driver’s partition before threatening two men – causing them to fear for their safety.

The bus had to be removed from service to be professionally cleaned. 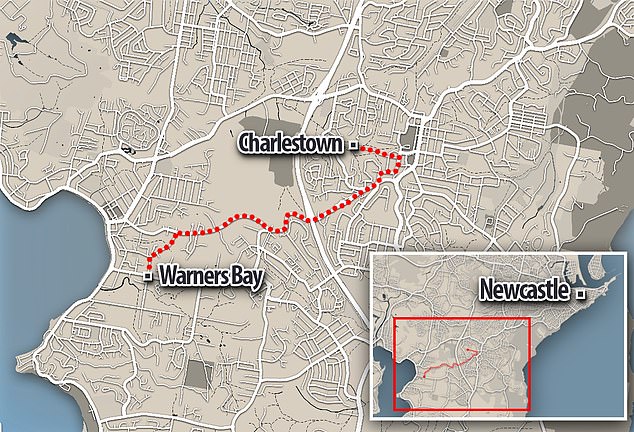