Captain of industry Sir Robert Malpas was rescued by a passer-by, a court was told

Captain of industry Sir Robert Malpas was pushed on to the tracks of the London Underground a minute before a train arrived, a court heard today.

The former Eurotunnel chairman, 91, was left with a fractured pelvis and blood pouring from a large wound in his head after Paul Crossley, 46, shoved him with both hands, jurors were told.

Crossley, of East London, told members of the public who detained him: ‘It’s not right, I know it’s wrong’ – before saying ‘I didn’t get much sleep last night’ when police arrived, jurors heard.

After the push, heroic passer-by Riyad El Hussani jumped on to the tracks at Marble Arch station with the electronic arrivals board showing one minute until the next train, the court was told.

Mr El Hussani suffered a burn to his right hand after touching the electrified track but managed to pull Sir Robert to the edge of the platform, where he was helped up by other members of the public.

Crossley, who had allegedly earlier made an unsuccessful bid to push another Tube passenger, Tobias French, on to the tracks at Tottenham Court Road station, was chased and caught by passers-by. 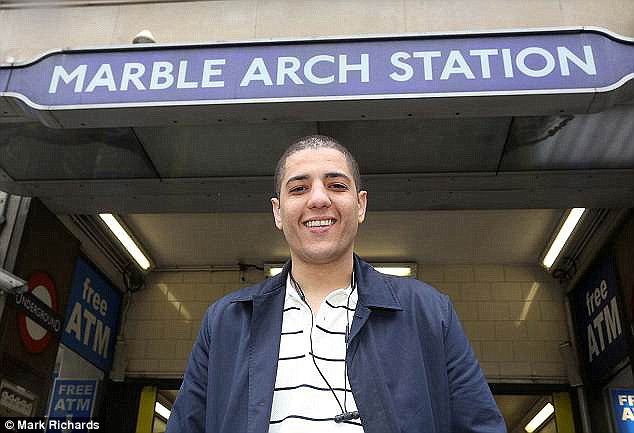 Asked by police in interview if there was any reason for what he did, he said: ‘I had no sleep,’ the Old Bailey heard.

Crossley denies two charges of attempted murder and an alternative count of attempting to cause grievous bodily harm to Mr French on April 27. He has pleaded guilty to attempting to wound Sir Robert with intent.

CCTV cameras captured both incidents and no witnesses will be called to give evidence in the three-day trial.

The court heard Crossley got off a Central line train at Tottenham Court Road just after 3pm and followed Mr French before sitting directly behind him as he stood close to the platform edge.

Mr French stumbled when he was pushed twice towards the tracks as a train was approaching, the court heard. 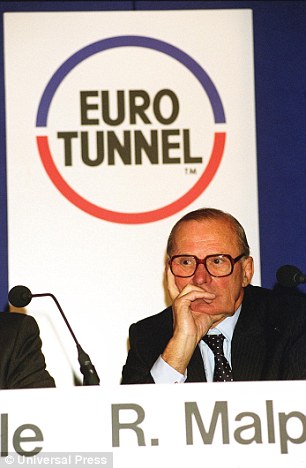 Sir Robert, who was knighted by the Queen in 1998, is the former chairman of Eurotunnel

‘Fortunately, the man managed to prevent himself from falling on to the tracks,’ prosecutor Benjamin Aina QC said.

He told jurors that Crossley, wearing a distinctive white baseball cap, then ran away and caught a train to Marble Arch, pulling the hood of his jacket over his hat in a bid to ‘disguise himself’.

Sir Robert, who was knighted by the Queen in 1998, was walking along the platform wearing a distinctive raincoat.

‘He (Crossley) approached Sir Robert Malpas at speed and pushed him with two hands, sending him sprawling across the platform and down on to the track, landing in the pit below the electrified track,’ said Mr Aina.

‘Members of the public saw a large amount of blood escaping from a large wound to the top of Sir Robert’s head, while he was lying in this position.’

Mr El Hussani could see Sir Robert lying under the track and knew a train was due to arrive with the electronic board showing one minute.

‘Mr El Hussani bravely left where he was stood and ran down the platform and then jumped down on to the tracks,’ said the prosecutor.

‘As he landed he threw his hand forward to stop himself falling and he briefly touched the electrified track, causing a burn to his right hand.’

The court heard members of the public pulled Sir Robert back on to the platform after Mr El Hussani managed to get him to the edge.

Sir Robert suffered a large cut to his head, which needed 12 stitches, and suffered bruising around his face. The trial continues.