Police say Michael Porter, 24, turned himself in on Sunday after police searched for him following Saturday’s incident

A fight broke out on a bus in Florida that ended with a man shooting another man, leaving terrified commuters running for their lives. Police say the suspect has turned himself in.

Plantation police say 24-year-old, 5’1, Michael Porter took out a gun and shot the other passenger after the two had been locked in a violent fist fight.

It is unknown what had sparked the fight, but the men were heard screaming at each other in the video, as a woman shouts ‘Please! Please!’

As the argument escalates, the passenger tells Porter, ‘I will crush you.’

Porter responds: ‘I will kill you. I swear to God. I have a gun,’ and then points his hand to mimic the shape of gun and blurts out ‘Bang, bang, bang.’

When he actually took out the gun, passengers ran for their lives. 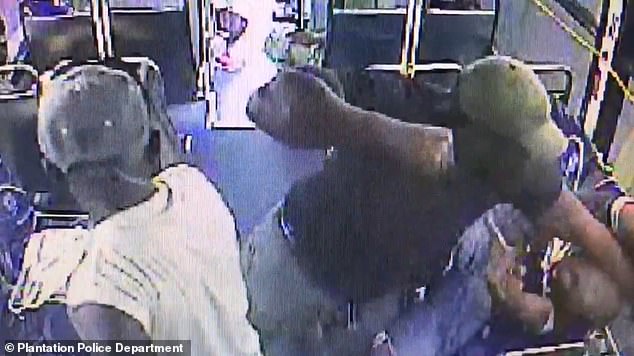 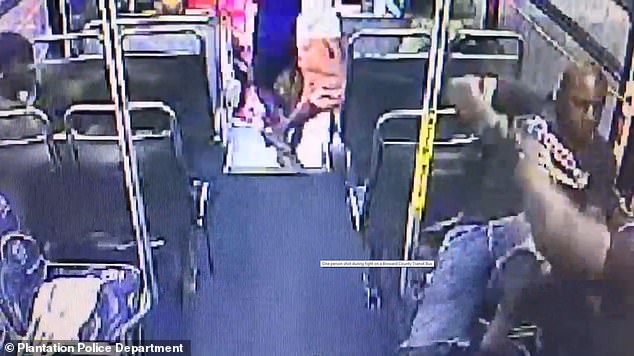 The men were locked in a brutal altercation, as passengers looked on in Florida Saturday afternoon 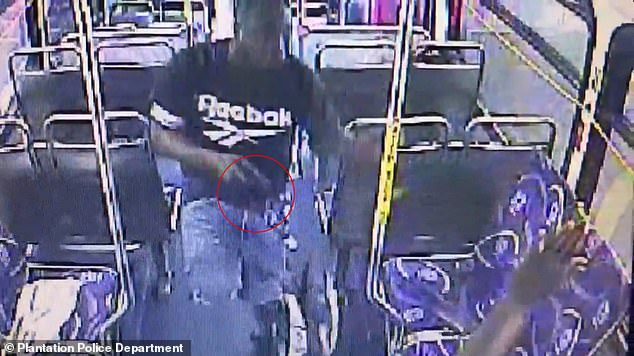 Porter pulled a gun (circled in red) which sent the other passengers running for their lives. Police say he shot the man- but he is likely to survive the incident

‘One guy got on top of another guy and started choking him, and then the other guy pulled out a gun and shot a round off,’ passenger Stephone Robinson told ABC10.

However, Porter managed to escape.

Police kept some residents out of the Westport and Nob Hill Estates neighborhoods from about 3.30 until 8.30pm.

Meanwhile the man who was shot was taken to Broward Health Medical Center and is expected to survive.

Police say Porter turned himself in Sunday morning, according to the Miami Herald.

He’s in Broward Main Jail on a charge of attempted premeditated murder.