This is the moment a passenger unexpectedly gives up his seat on the train to a young woman – but can you spot the shocking reason why?

Footage has emerged online of the hero commuter quietly rescuing a woman after he spots a man secretly using his phone to film up her skirt.

The video clip – believed to have been filmed in China on July 21 – has gone sensationally viral online amassing over 32 million views in a few days.

Many social media users have applauded the male passenger’s noble handling of the situation – however others have questioned the authenticity of the scenes.

Men secretly filming under women’s skirts has reportedly become a recurring problem since the rising popularity of smartphones in China. Every year before summer, users on Chinese social media network Weibo warn each other to be extra vigilant when wearing skirts in public transport or on escalators, because men find creative ways to get some under-skirt footage.

In the video, a seated man is seen very subtly using his phone to film up the skirt of a young female who is standing in the middle of the train in a green dress. The pervert’s actions are so discreet that may not be evident to all viewers upon first watching the video.

However the hero commuter promptly gets up from his seat on the subway when he spots the pervert. Without causing embarrassment to the young woman, he gently taps the young woman on her shoulder and offers her his seat – which she takes.

The footage has been circulated across social media with the caption ‘Not all heroes wear capes’ and many online users have praised the hero commuter.

@lro.robbo commented ‘Well done to this gentleman who stood in the way for this young lady’ – whilst @babyl_is_home dubbed the man a ‘Legend’. 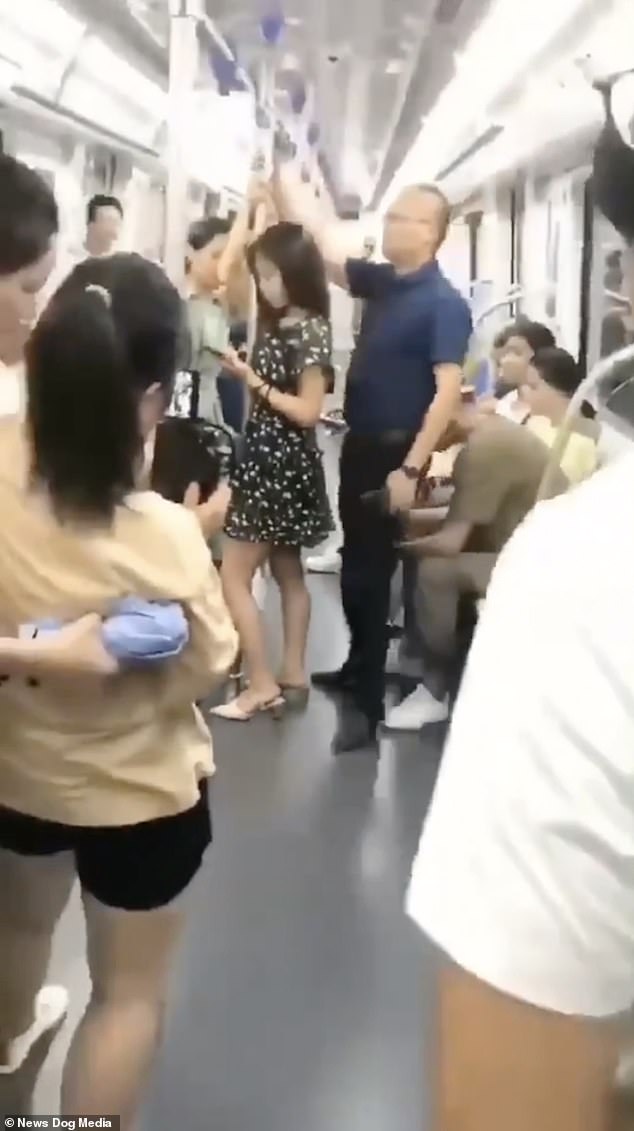 @Thin_Dreams wrote ‘Whats sad is that everybody else was pretty much just watching. He’s a sicko. Disgusting. But the man who saved her, absolutely amazing. Love him. He knows what’s up.’

Whilst @shannonxnaruto declared ‘What a gentleman!’ and @thestupidamerican delightedly exclaimed ‘CHIVALRY AINT DEAD’.

Meanwhile many viewers remarked on how discreet the pervert was and the fact that they had to view the video several times before they understood what was going on.

@andria_xox wrote ‘Had to watch a few times to understand what was going on!’ – and @mama_higgz4 said ‘Took me a few views before I realized what was truly going on here. Bless him and his chivalry’

Whilst @_queen.erika said ‘Yo I didn’t even notice that dude was taking a picture/video I just thought the man was being polite! That’s a real g move’ – and @shrek.donkeyh asked ‘Who else had to watch this twice’. 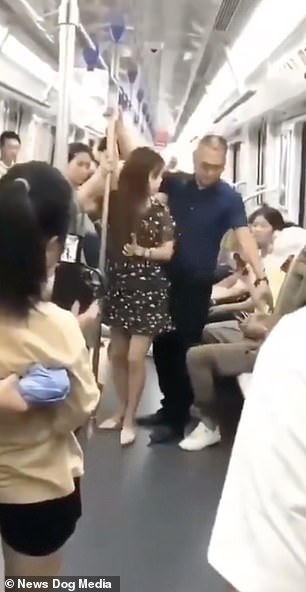 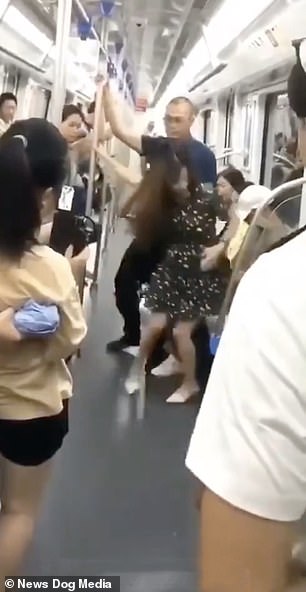 However other individuals have pointed out that the scene could be staged as several passengers are seen filming the incident – with one young woman recording the scene with a medium sized camera.

@liuuhang asked ‘Why is there so many filming before he even got up.. that sh*t doesn’t look right to me’.

@tatt2_ant also commented on the numerous passengers filming the incident: ‘everyone is filming so it seems fake’

Whilst @trilltega wrote ‘Yall chill, its definitely an ad for anti sexual harassment. Look at the big ass camera recording’.

However @miaevelynweb argued that the incident was authentic: ‘I’ve been to china and went on the subway, and I’m not even kidding, everyone has their phone out.. the Chinese are also known for recording everything.’