A Germania plane bound for Berlin was being pushed back from the terminal building at Ben-Gurion Airport when it backed into an El Al flight to Rome.

Images show the two Boeing jets with their tail fins locked together, with the Germania plane’s vertical stabilizer almost torn away, according to local reports. 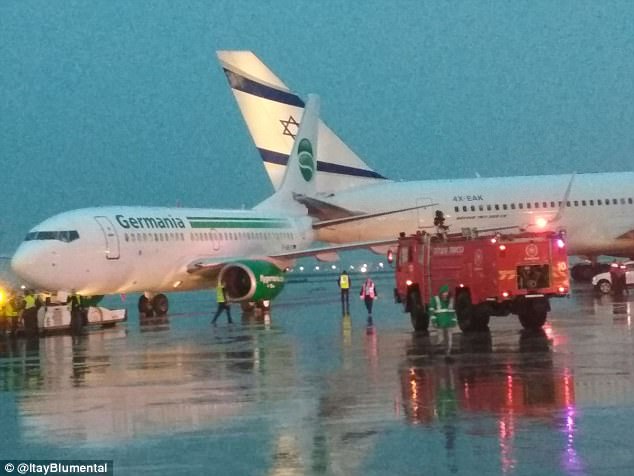 The Germania plane was being pushed back from the terminal building when it struck the El Al plane, almost tearing its vertical stabilizer away, local media reports

Passengers were thrown around during the collision, according to The Jerusalem Post, but nobody was injured.

Portable stairs were brought out to the stricken jets so people could be evacuated into waiting buses.

One traveler described ‘a sense of confusion and disarray’ following the smash.

Airport authorities say an investigation has been launched, and that more details will be released at a later date. 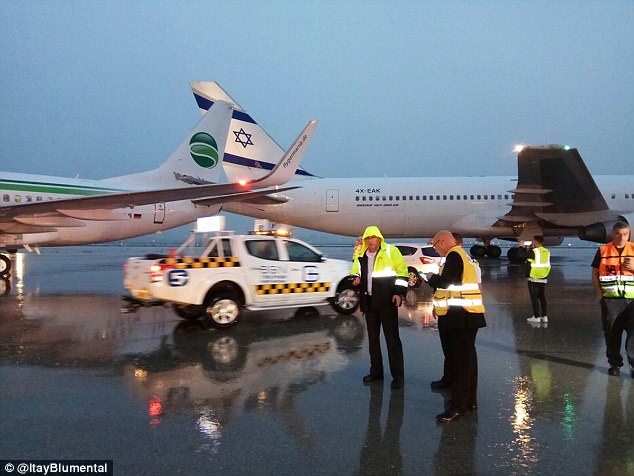 Passengers were thrown about during the smash and later had to be evacuated using portable stairs, though nobody was injured