This is the moment a passenger flying from Pakistan to Dubai took out his frustration on an aeroplane window, kicking it while they were in the air.

Police arrested and deported the man upon arrival after the Pakistan International Airlines flight PK-283 landed in Dubai from Peshawar on Wednesday.

Video footage showed flight attendants trying to calm the passenger down after he began punching and kicking the seats, alarming the passengers. 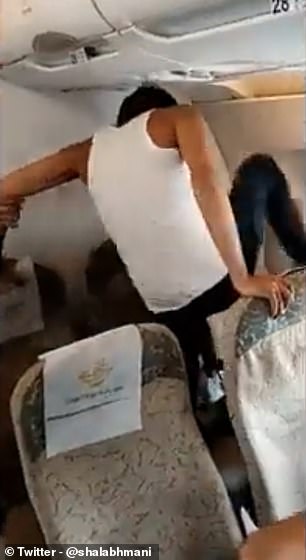 Apassenger flying from Pakistan to Dubai was shown kicking an aeroplane window while en route. Video footage showed flight attendants trying to calm the passenger down after he began attacking the seats, alarming the passengers 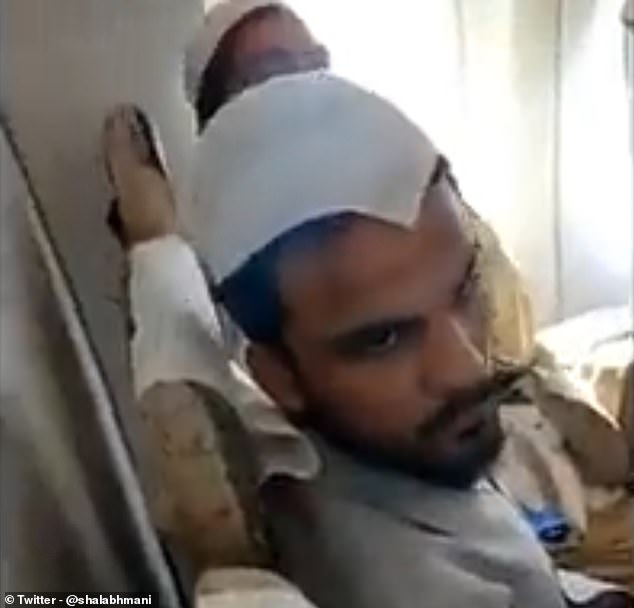 The passenger started acting erratically after takeoff, asking to be returned to Peshawar Security arrested the man when he arrived and deported him back to Pakistan

They shouted at him to stop after he damaged a window shutter in his rage, saying: ‘Don’t do this’.

He started acting erratically after takeoff, according to sources quoted in Dawn, asking to be returned to Pakistan.

But the flight had already departed, and the passenger only become more anxious during the journey.

The passenger started praying in the missile of the isle while he was supposed to be seated, prompting curious looks from the other passengers.

One video shows the cabin crew returning the man to his seat, removing him from the aisle.

The man was bare-foot in both videos. He had a vest underneath his shirt, which he took off later during the flight along with his Taqiyah (skullcap).

After he became more aggressive, the captain of the flight contacted the air traffic controller of Dubai to arrange security to meet them upon landing. 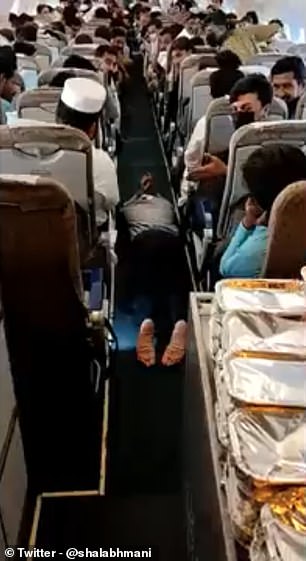 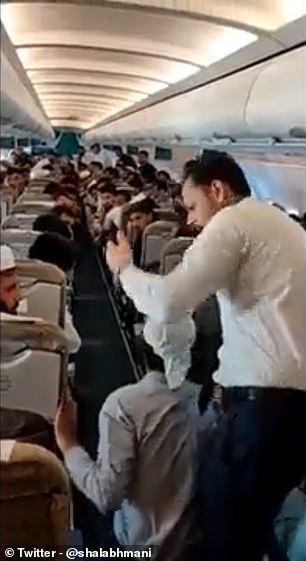 The passenger started praying in the missile of the isle while he was supposed to be seated, prompting curious looks from the other passengers

The security detail detained the passenger upon his arrival in Dubai on September 14.

PIA management reportedly sent a two-member team from Islamabad to bring the passenger back after the crew got in touch to tell them about the incident.

The man has been blacklisted after his arrest.