British Airways has caused a real stir among its passengers, by introducing an afternoon tea – that doesn’t actually come with a cup of tea.

This omission has generated several irate outbursts on Twitter, with one user calling it ‘appalling’.

The centenary afternoon tea offered by British Airways. For £5 you get a scone, jam and clotted cream – a cup of tea is another £2.50

According to BA, it includes ‘a scone, jam and clotted cream for a traditional cream tea experience in the air’.

One passenger, Jon Campling, wrote online: ‘FYI @British_Airways you don’t get to call it #Afternoontea if it doesn’t include the tea! Pretty appalled by your entirely misleading menu sleight of hand. 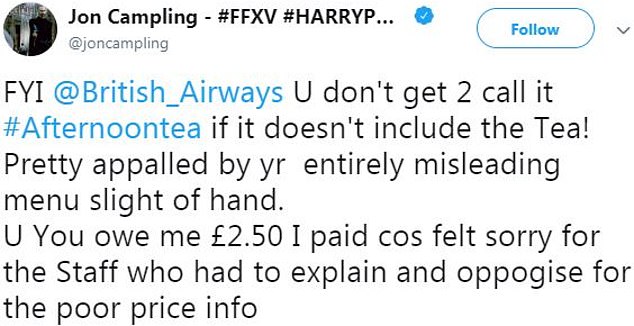 Storm in a tea cup? Passengers took to Twitter to slam the airline for not including a cup of tea with the afternoon tea offering

‘You owe me £2.50 I paid cos felt sorry for the staff who had to explain and apologise for the poor price info.’

Another, Mark Whiteside, said: ‘Um, @British_Airways does your afternoon tea onboard not actually come with tea? I’m paying a fiver just for the scone and the tea’s extra? …. What?’

Daniel Seiderer tweeted: ‘An afternoon tea that doesn’t come with a cup of tea is a rip-off. 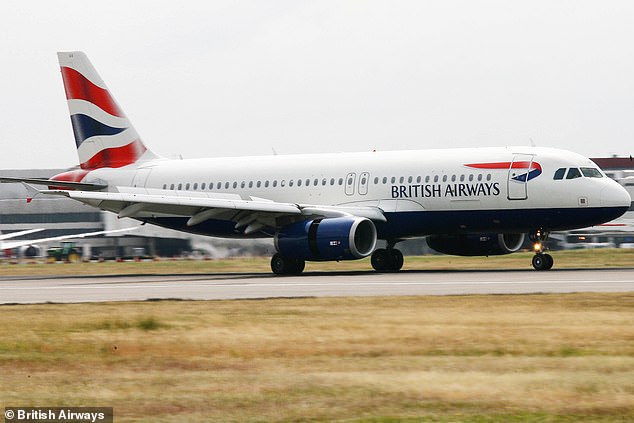 ‘I can’t believe that @British_Airways is seriously offering this – this represents misleading advertisement. #fail.’

And Ben Fletcher wrote: ‘Let me guess, @British_Airways, you removed the tea from afternoon tea based on customer feedback in order to enhance the afternoon experience?’

A British Airways spokesperson said: ‘Whether it’s a traditional cup of tea, our new espresso martini or a bottle of champagne, we offer a wide range of beverages to allow customers to choose which option they pair our popular afternoon tea with.’