Passengers reveal what ‘annoys the hell’ out of them on flights

An online forum erupted recently when users were invited to list the gripes they have about their fellow passengers on planes.

The list of irritations was vast, from seats being reclined to kids playing video games with the volume up and from passengers at the back trying to get off first to reading over someone’s shoulder.

The discussion started on online forum Reddit when ‘BMWDriverDaily’ posed the question: ‘What is something people do on airplane flights that annoys the hell out of you?’

And the lack of space in an aircraft cabin was a common gripe in the thread, with ‘spookyfey’ saying having someone steal your armrest is particularly irksome.

They explained: ‘Some people put their elbows on my armrest that has my television controls.

‘Had a guy that kept falling asleep and would lean on my armrest which would change my channels non-stop.

‘Kept pointing it out to him, he kept apologising and doing the same thing over and over.’

Meanwhile tall passengers like ‘Indomitable _Dan’ say they have trouble when it comes to the small seats. 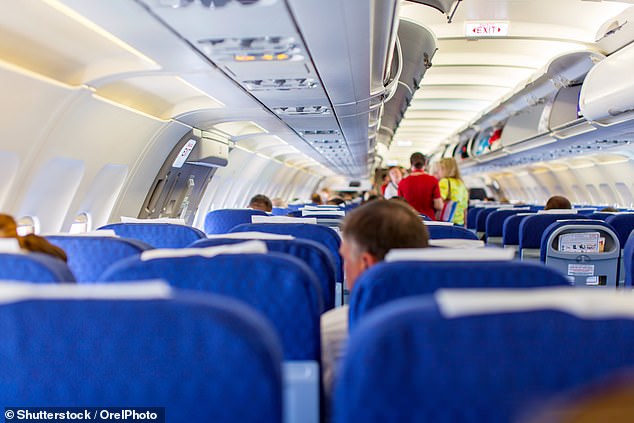 One passenger revealed that people who steal the armrests annoy them the most. He said: ‘Had a guy that kept falling asleep and would lean on my armrest which would change my channels non-stop’

‘I’m tall, and to sleep I usually have to lean forward and sleep holding my pillow at my knees.

‘If you recline I can’t really change my position in my chair from anything other than straight up.’

Noise is another complaint.

Reddit user ‘Goddamnstupid’ wrote: ‘People who let their kids play video games with the volume up.

‘We’re all trapped in here, no one wants to listen to a repetitive little tune for hours on end. Headphones on or volume off!’

While big groups of passengers travelling together is something that annoys ‘sp00ked_yuh’.

They wrote: ‘Groups of people who are rowdy because their group is with them. 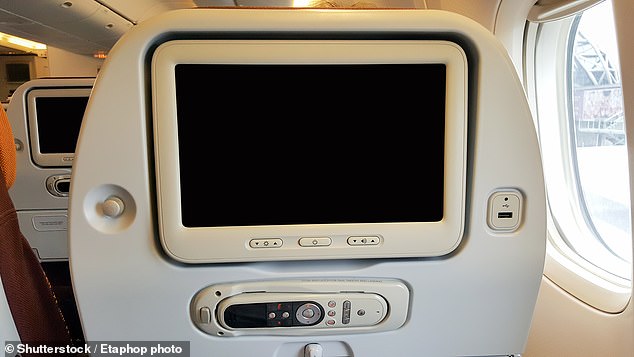 The seat-back TVs prove an annoyance for ‘turkeypants’, who revealed their most annoying flight was with a lady who ‘didn’t understand how touch screens work’.

They explained: ‘She pressed the screen on the back of my seat with the finger of vigor over and over to explore the thing’s menu. Boomp… boomp… boomp… Hey you know I’m on the other side of this thing, right lady?’

For ‘CHLDM’ the most annoying thing comes at the end of flight – people trying to be the first one out despite being nowhere near the exit.

They added: ‘They just end up pushing past everyone and end up getting out at most three minutes earlier than they normally would. Be a decent person and wait your turn like everybody else.’ 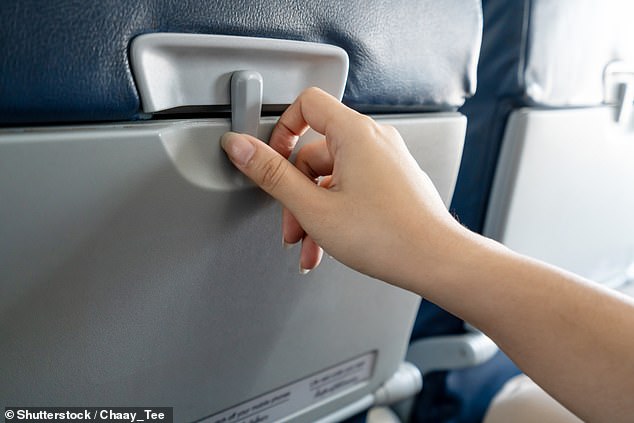 ‘Lotusliving1’ wrote: ‘On a prior flight, the man next to me started reading my magazine along with me and commenting on everything.

‘I just wanted to read in peace, but I got my own personal narrator.’

While ’empyreanhaze’ added: ‘Those who operate a laptop or iPad at 100 per cent brightness in a dark airplane. It hurts my eyes from three rows away, how can they do it??’

And ‘offbrandsoap’ said: ‘People that cough/sneeze and don’t cover themselves. F****** monsters.’

Unusual smells are another annoyance.

While ‘Slagathor’ added: ‘Ex-flight attendant here: passengers who use tray tables as change mats and change their kids dirty nappies mid flight. (And yes, all the toilets were free at this point of the flight, they just couldn’t be bothered to get up).’

The simple act of clapping when the plane lands is what annoys ‘VincentStonecliff’ the most.

While for ‘Phaedrug’ the one thing that people do on airplane flights that annoys the hell out of him is ‘exist’.