A Trump administration ‘loophole’ in school lunch rules will allow for certain types of pasta to qualify as vegetables as well as for students to get more burgers and fries.

The U.S. Department of Agriculture’s proposals will continue to erode Michelle Obama’s legacy by easing restrictions on the types and quantities on fruit and vegetables put on the table.

‘Pasta made of vegetable flour(s) may credit as a vegetable, even if the pasta is not served with another recognizable vegetable,’ the new guidelines say.

The department said the changes will help to reduce food waste because students were often given too much fruit and vegetables which was thrown away.

Secretary of Agriculture Sonny Perdue said: ‘Schools and school districts continue to tell us that there is still too much food waste and that more common-sense flexibility is needed to provide students nutritious and appetizing meals. We listened and now we’re getting to work.’ 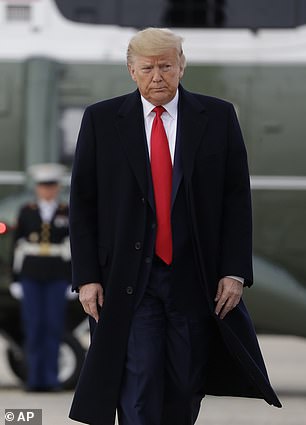 ‘Pasta made of vegetable flour(s) may credit as a vegetable, even if the pasta is not served with another recognizable vegetable,’ the new guidelines from the U.S. Department of Agriculture say

The changes also give provisions for more ‘à la carte’ meals, which can be things like pizza and burgers.

They also reduce the fruit intake at breakfast from a whole cup to half a cup – the rest of the calories can be made up with pastries and granola – and allow potatoes to qualify as a vegetable every day.

Colin Schwartz, deputy director of legislative affairs for the Center for Science in the Public Interest, told The Washington Post the changes will ‘create a huge loophole in school nutrition guidelines, paving the way for children to choose pizza, burgers, french fries and other foods high in calories, saturated fat or sodium in place of balanced school meals every day.’

The former First Lady’s landmark Healthy, Hunger-Free Kids Act of 2010 were hailed as a major step towards reducing childhood obesity.

Perdue, within days of taking office, had sought to slow the reforms to sodium regulations, as well as to sweetened milk.

The concerns over public health come as the Environmental Protection Agency and U.S. Army Corps of Engineers narrowed the types of waterways that qualify for federal protection under the half-century-old Clean Water Act.

The sweeping environmental rollback could leave the waterways more vulnerable to pollution from development, industry and farms.

Since his first weeks in office, Trump has targeted environmental and public health regulations that he says imposed unnecessary burdens on business.

Speaking to farmers in Texas on Sunday, Trump repeated his frequent charge that an Obama-era attempt in 2015 to more clearly define what water bodies qualify for federal pollution protection was ‘one of the most ridiculous regulations of all.’ 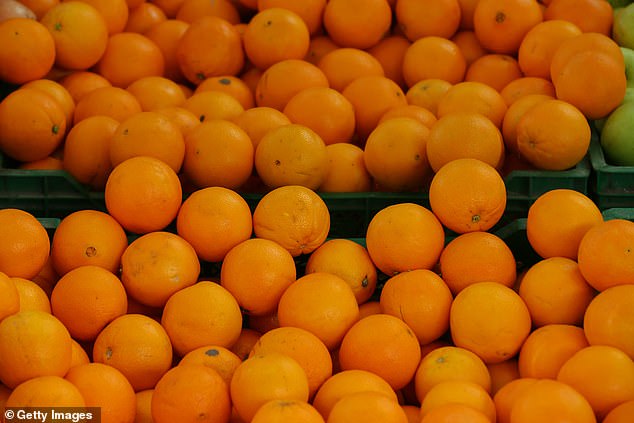 The U.S. Department of Agriculture’s proposals will continue to erode Michelle Obama’s legacy by easing restrictions on the types and quantities on fruit and vegetables put on the table

Thursday’s changes to the clean water rule have long been sought by builders, oil and gas developers, farmers and others.

But environmental groups and public-health advocates say the rollback will allow businesses to dump pollutants into newly federally unprotected waterways and fill in some wetlands, threatening public water supplies downstream and harming wildlife and habitat.

EPA head Andrew Wheeler told reporters Thursday that states were still free to step in with state protections of newly vulnerable waterways if they chose.

‘Our rule protects the environment and our waterways while respecting the rights of states and property owners,’ Wheeler said. The rollback of the clean-water enforcement ‘strikes the proper balance between Washington, D.C. and the states,’ he said.