Patient, 84, is reunited with his pet dog at a hospital in Brazil

A visit from a man’s best friend was exactly what doctors prescribed for an elderly man who is battling a heart condition at a hospital in southern Brazil.

Bia was finally allowed inside the Santa Teresa Hospital room where an 84-year-old patient, known as José, has been staying for prolonged period of time.

A video recorded by the man’s family showed the dog had really missed her owner as she cuddled up to him while he was lying in bed last Friday.

José (right) is currently being cared for at a hospital in Guarapuava, Paraná  for observation after encountering heart problems and was reunited with his pet dog Bia (left) last Friday 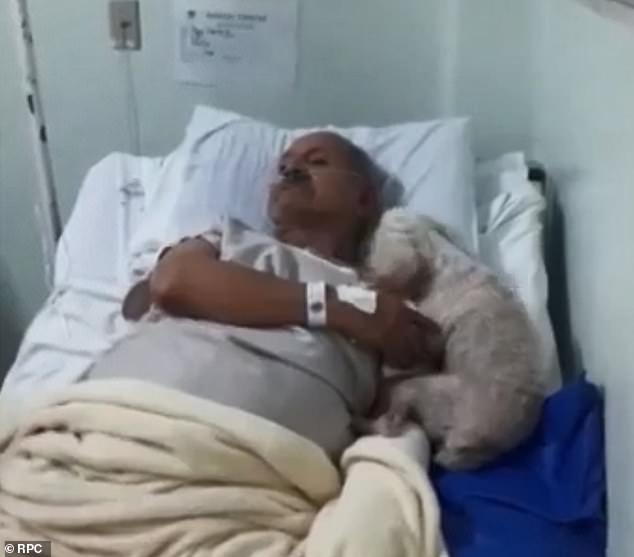 Family members told Brazilian outlet G1 that José had been living with Bia for almost 10 years.

‘They were very happy, both he and she,’ said the patient’s daughter, Marilete de Lima.

‘He was thrilled and asked to bring her back. We are trying to make up for all the efforts he is making to try to stay with us.’ 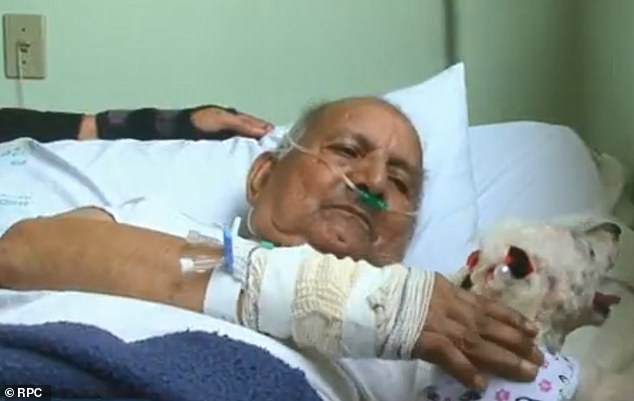 After being reunited with his best friend Bia (right) last week, the 84-year-old patient has asked his family members to bring back his pet dog to the hospital 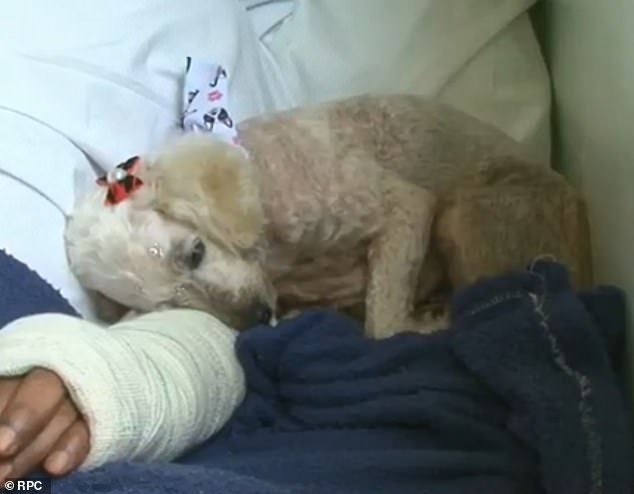 Directors at the medical facility in Guarapuava, Paraná, gave the family the approval to allow the special reunion to take place after it they were able to confirm that Bia had all of her vaccinations in place.

It was the first time the Santa Teresa Hospital had ever received such request to have a dog visit its owner.

A nurse said the hospital just wanted to make sure that Bia did not present a health risks to the man and other patients.