Worried patients have contacted the General Medical Council amid fears they were treated by a fake NHS psychiatrist, it emerged last night.

The patient safety watchdog said 27 calls have been made to its helpline about Zholia Alemi, with at least one alleging she had prescribed inappropriate and potentially harmful drugs.

On Monday the Mail revealed that 55-year-old Alemi, who is serving a five-year sentence for fraud, worked as a consultant psychiatrist in the NHS for 22 years – despite having no medical qualifications.

She was allowed to register as a doctor using a fake degree from the University of Auckland, in New Zealand, in 1995 because the GMC failed to check that her documents were genuine.

The conwoman exploited a loophole in legislation which allowed medics from Commonwealth countries to work in the UK by simply presenting their papers, without sitting an exam.

Now the GMC is urgently trying to establish exactly where Alemi, who is known to have also worked for private clinics in Devon, Cumbria, West Yorkshire, Dundee and the Scottish Highlands, was employed and how many patients she treated and may have harmed.

Their findings will be handed to Cumbria police, who are expected to launch an investigation into more allegations of fraud.

Labour MP Sue Hayman, who represents Workington, in Cumbria, where Alemi was known to have most recently worked with dementia patients, told the Mail at least one constituent had been in touch to express her fears.

She said the constituent was worried that a family member could have been prescribed the wrong drugs. 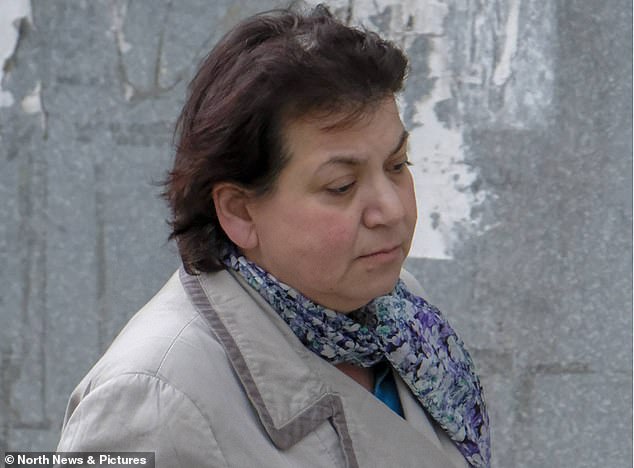 It is understood the constituent has lodged a formal complaint with Workington Community Hospital and the GMC.

Mrs Hayman yesterday said she was ‘gravely concerned’ about the Alemi case and confirmed she had written to Health Secretary Matt Hancock to seek assurances that a thorough review was taking place.

She said: ‘This is not just about fraudulent qualifications, it is about whether someone has been abusing their position. Was she deliberately mistreating people?

‘Have patients been prescribed medication unsuitable for their condition or suffered harm? These are all questions that need answers.’

The GMC insists regulations were tightened in 2003 and no doctors who entered the country from abroad after that date are affected.

It is now reviewing the backgrounds of all 3,000 doctors who came to the UK from Commonwealth countries before 2003 to check if their degrees are genuine.