Patrice Evra has revealed he did not speak to Nemanja Vidic for three months after they got involved in a fight when they were Manchester United team-mates.

The pair enjoyed much success together at Old Trafford, winning five Premier League trophies as well as the Champions League in 2008.

But the Frenchman has revealed that there was once so much tension between them that manager Sir Alex Ferguson had to shift Rio Ferdinand over to the left-sided centre back position, just so they weren’t playing next to each other on the pitch.

Although Evra didn’t confirm when the fall-out happened, Ferguson asked the pair to swap roles in November 2011 for a 1-0 victory against Sunderland.

It came after a difficult period for Ferdinand who had faced criticism following a resounding 6-1 defeat to rivals and eventual champions Manchester City the prior month.

Vidic and Ferdinand arrived within a month of each other during the winter transfer window in the 2005/06 season, with both men struggling when they first joined the club.

He said at a Q&A session as per Manchester United’s official website: ‘We arrived at the same time and we struggled together. We were at the same hotel, I remember, and we were so bad at the beginning, me and him.

‘The manager sent us to play with the reserves and the coach was Rene (Meulensteen). After 45 minutes, he subbed us – in the reserves. In the dressing room, Vida was saying, ‘My agent called me, I need to go back to Moscow.’ Also, my agent called me and said they had [interest from] AS Roma. It was difficult here. 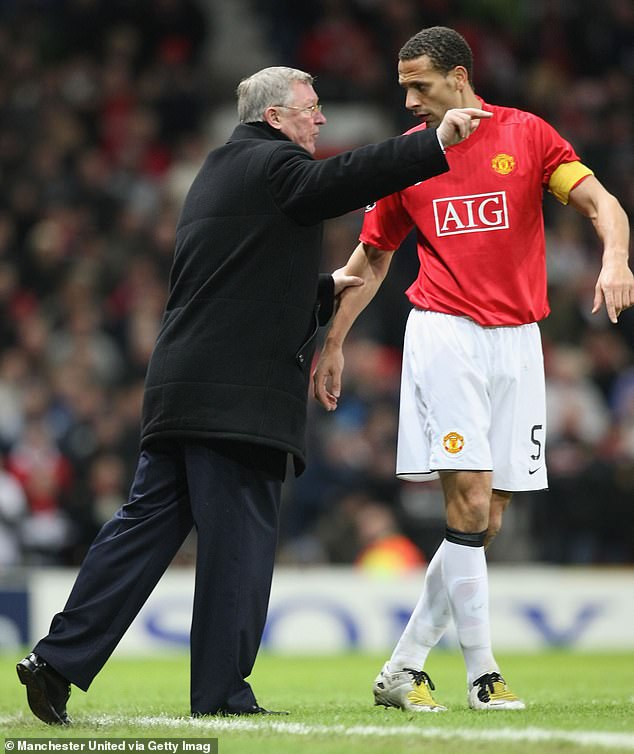 ‘So we struggled together. It’s why I have a lot of respect for Vida.’

He went on to add: ‘To be honest, we also fought. We had a fight, me and him, and didn’t speak for three months.

‘We played together and we didn’t even say a word. I never told him to go left or go right. He was the same. Ferguson had to swap Rio Ferdinand to play on the left side with me.

‘It was like that for three months until, after a game, I remember he came to me in the dressing room and gave me a high-five. Everyone was like ‘finally’ because we were best friends together, Vida and me. We have a deep story together.

‘I love him so much. We struggled but we were really real, me and him. If we were doing something wrong, we’d argue but, in the same way, it was a really great relationship.’

Both Evra and Vidic became formidable parts of United’s back four during their time at the clubs, with the Frenchman making 379 appearances and the Serbian centre-back reaching 300 games for the club. 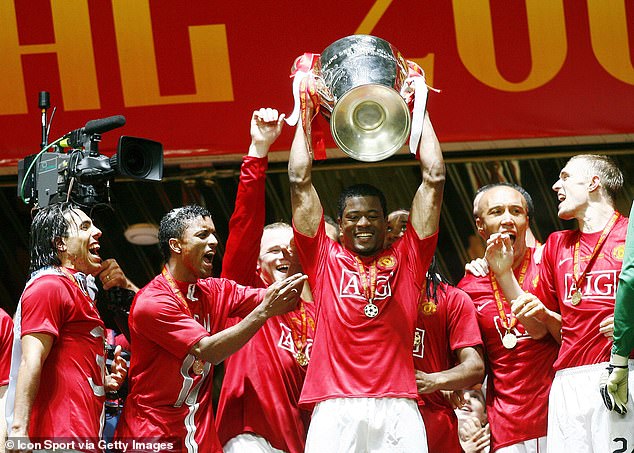 Even though their big falling-out happened under Sir Alex Ferguson, they still had the odd tiff under his successor in a frustrating final season at the club, in which United dropped to seventh under David Moyes.

That season, Vidic and Evra had a furious bust up after they lost 3-0 at home to rivals Liverpool.

Vidic, who was sent off after receiving two yellow cards from referee Mark Clattenburg, accused Evra of neglecting his defensive duties by leaving him exposed.

The Frenchman was said to have exploded with anger and had to be restrained by Moyes and other members of staff as the incident threatened to boil over at United’s Carrington training base. 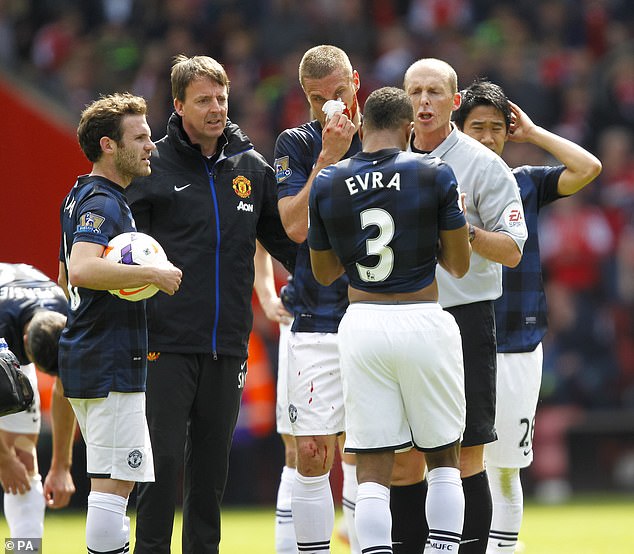 Vidic confirmed the incident in an interview afterwards as he said: ‘We argued amongst ourselves.

‘This year more than any other, because when you have bad times, people show they care. We are still friends, but we were arguing to get better. We wanted to improve.

‘We could say those things to each other because we have been together for so long, but it hurt. If you didn’t argue, it would not be right. We had some hard moments in the dressing room between ourselves.’