Patrick Frazee’s mistress Krystal Lee Kenney has been sentenced to three years in jail for the 2018 murder of his fiancée and mother of his daughter, Kelsey Berreth.

Kenney was given the maximum sentence of three years in a department of corrections plus one year mandatory parole after she pleaded guilty to a felony charge of evidence tampering last year.

As part of the plea, she testified against Frazee and took investigators to a ranch in Florissant, Colorado. where she says Frazee burned Berreth’s body.

Frazee was convicted by a jury in Teller County, Colorado, in November of first-degree murder, three counts of solicitation to murder, felony murder and tampering with a dead body. He was sentenced to life in prison without the possibility of parole plus 156 years.

Patrick Frazee’s mistress Krystal Lee Kenney has been sentenced to three years in jail in the murder of his fiancée and mother of his daughter, Kelsey Berreth 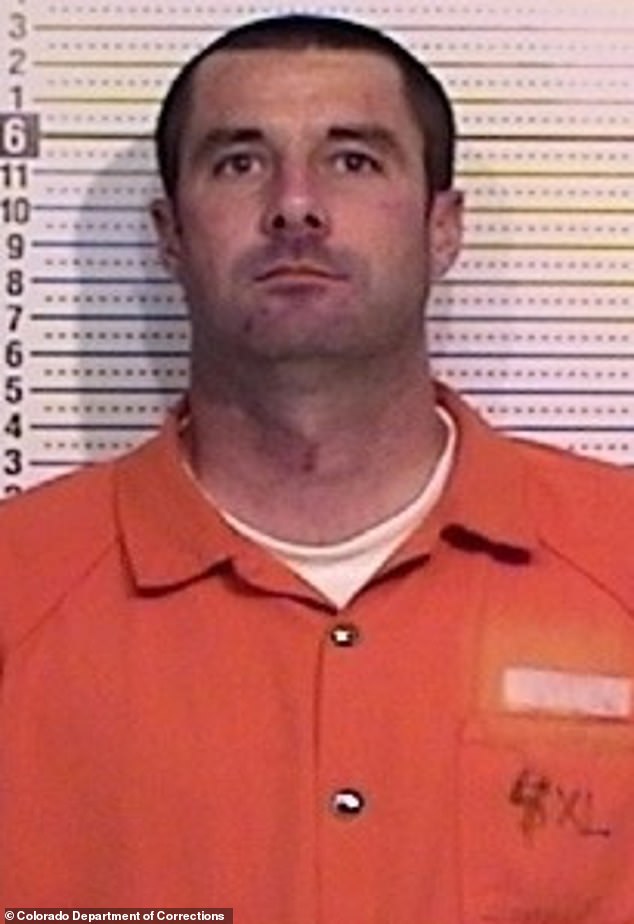 Patrick Frazee (pictured), who was convicted in November of killing Kelsey Berreth in November 2018, was moved to a medium security prison in Colorado last month

Frazee filed an appeal against his conviction in the murder of his fiancee Kelsey Berreth this week, according to court records. 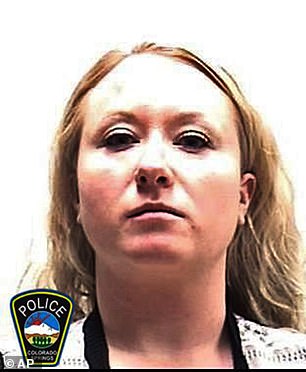 After beating Berreth to death with a baseball bat on Thanksgiving of 2018, he summoned his mistress Krystal Lee Kenney to Berreth’s home to help him ‘clean up a mess’, she said.

Berreth’s body has never been found.

Frazee’s motive has never been revealed but in a wrongful death lawsuit filed by Berreth’s family against him, they suggested he was driven by a looming custody battle.

His ex-mistress Kenney can be heard in video telling investigators that Frazee’s own mother, Sheila, 65, stepped out onto the deck of the home she and her son shared while he set about incinerating Berreth’s body and blood-spattered evidence on their land.

Lead CBI investigator Gregg Slater prompts Kenney, ‘You had also mentioned that at one point Patrick’s mom came out and stood on the deck? Looking over towards the house can you tell me where you saw his mom?’

Kenney, 32, who is seen standing near to the burn site where forensics experts found tell-tale signs of a human body having been consumed, replied, ‘I could just see her step out between the two trees, there’s the wire dog kennel, straight past that, she came out, stood there and then turned and went back into the house.’

Kenney went onto describe how she watched Frazee load wood around the black plastic tote in which investigators believe he had stored Berreth’s body. Her remains have never been found.

She recalled how she helped gather kindling and unloaded two white and four black trash bags of belongings and blood-soaked evidence that she had removed from Berreth’s home earlier that day.

She claimed that Frazee added gasoline and motor oil to speed the blaze and ‘poured gasoline into [a] bucket and pitched it into the fire.’ 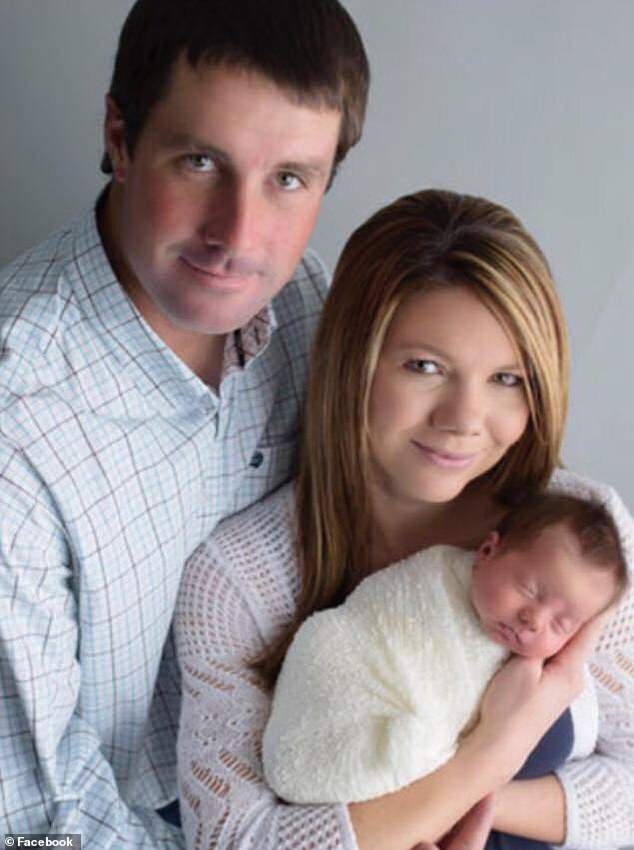 Frazee (left in in his mugshot) was sentenced to life behind bars in November. The Colorado rancher murdered his fiance Kelsey Berreth (together right) with a baseball bat 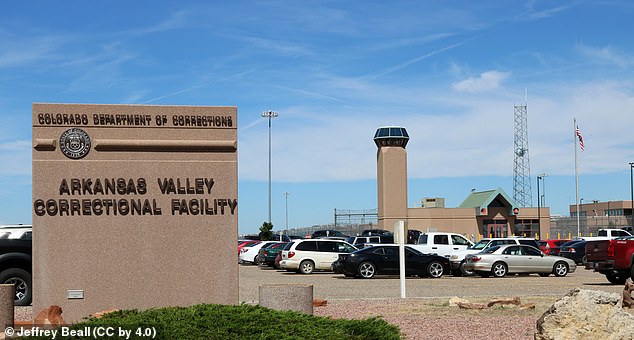 Frazee is currently being held at the Arkansas Valley Correctional Facility, a medium security prison near Ordway, Colorado (seen above) 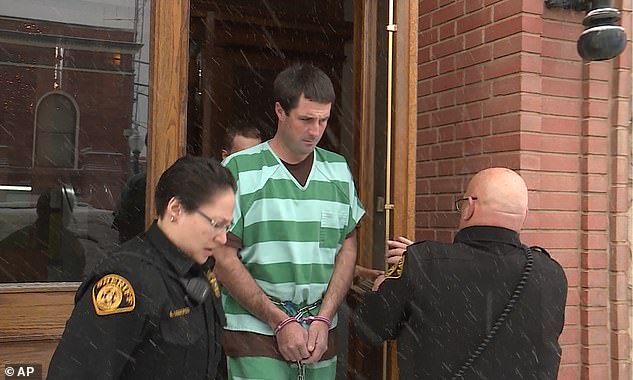 Frazee (pictured in 2018) is currently being held at the Denver Reception and Diagnostic Center. It’s unclear when he will be transported to prison, but jail records show that he was moved from the Teller County Jail to the diagnostics center within the last 48 hours 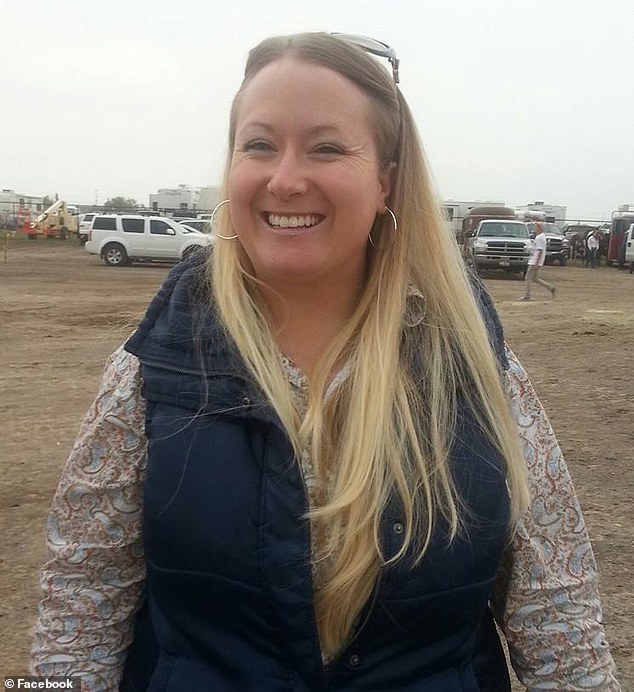 Asked to list the items she threw into the fire Kenney said, ‘Curtains, pillows, stuffed animals, cleaning supplies, the towels..everything I took from her house. I also threw in all the clothing I was wearing and the shoes I was wearing…a white jumpsuit, grey sweater, black pants, hair and shoe covering and gloves.’

She does not relate where Sheila Frazee was at this point or if she re-emerged from her home at any point.

Another video shows the moment Kenney showed police how she had mopped up the blood of his dead fiancee also emerged.

After beating Berreth to death with a baseball bat, he summoned Kenney to Berreth’s home to help him ‘clean up a mess’, she said.

In the video obtained by 48 Hours and shared with CBS This Morning Kenney is seen walking officers through spots on the walls where there was blood spatter when she arrived.

In the footage, law enforcement agents can be heard asking her: ‘With this broom, can you point to the area where you saw and cleaned blood up on the wall?

‘And just hold it there so we can get a picture of that.’

Kenney’s voice quivered as she pointed to spots on the by-then clean wall.

‘All, it was um, the spray was here all the way,’ she said. ‘I had to clean up underneath here and it was all down here and um, I know that I didn’t get.. um… there.

‘I don’t know that I got some of it here… I didn’t move the chairs to get it.’

She mopped it up from top to bottom, she said, leaving a small amount of blood in the hope that it would lead to him being caught.

Kenney was given a plea deal for her cooperation and is serving three years behind bars for witness tampering. 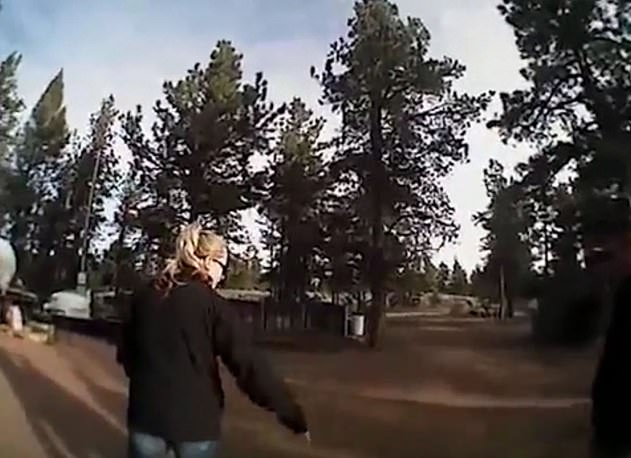 Frazee’s mistress Krystal Lee Kenney (pictured) took investigators to a ranch in Florissant, Colorado, and showed them where she says he burned Berreth’s body in a black tote 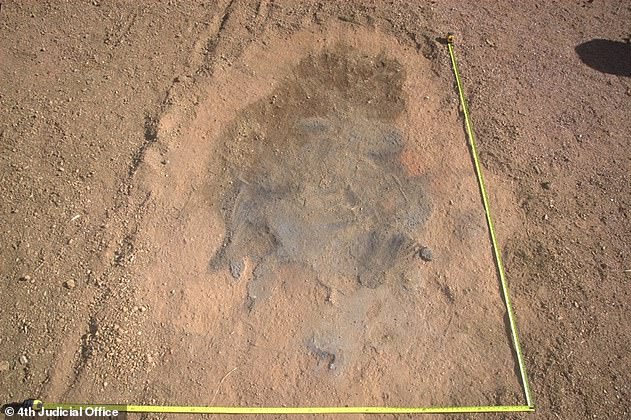 This disturbing image was snapped on a ranch in Florissant, Colorado. Frazee’s mistress Krystal Lee Kenney took investigators to the ranch and showed them where she says he burned Berreth’s body. The photos show scorched earth and what appears to be melted plastic 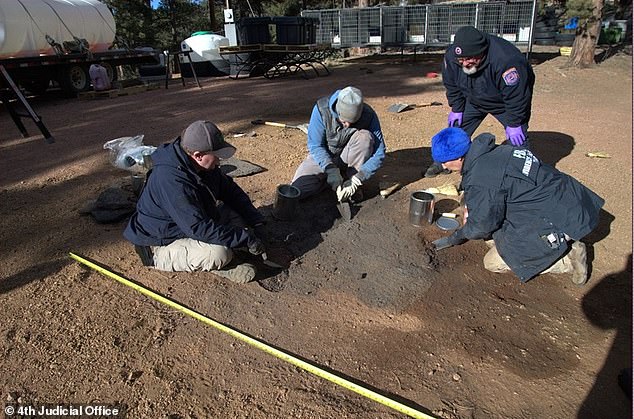 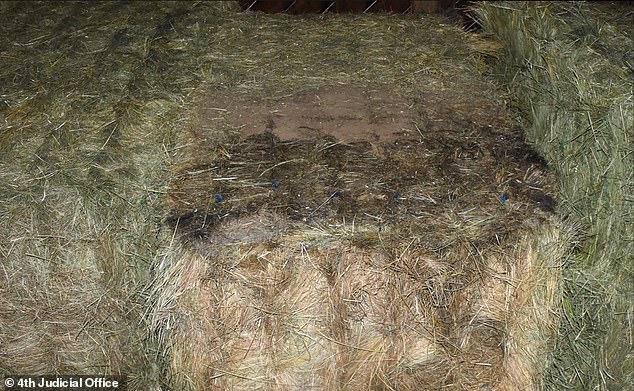 Judge Scott Sells sentenced Frazee to life without parole for murder in the first degree and felony murder, to be followed by three consecutive sentences of the maximum 48 years each for the three counts of solicitation to murder and the maximum of 12 years for tampering with a body again to run consecutively and be followed by five years parole.

During Frazee’s murder trial, expert witness Jerry Means, Investigations Chief at Adams County Fire and Rescue Denver testified a burn site found on the ranch bore the tell-tale signs of a body having been placed in a plastic tote and burned to the point of consumption.

The soil was fused together in a way that could only have been caused by burning plastic, he said. And the oily stain was consistent with human body oil.

Questioned by prosecutor Dan Mays, Means explained: ‘It is very common for [fat on] the body to somewhat liquify, just like cooking a steak. It liquifies and it drips down on a concentrated level.’

During the trial, the jury was also shown an image of discolored hay at a ranch in Fremont County where Kenney says the tote containing Berreth’s body had been placed before Frazee burned the body, according to 9News.