Patrick Kielty has relived the murder of his father at the hand of protestant paramilitaries who claimed he was an IRA chief as part of a new TV documentary.

The comedian revealed the moment he was called into the headmaster’s office of his school to be told of his father Jack’s death at the hands of Loyalist shooters.

As part of a BBC programme documenting the 20th anniversary of the Good Friday Agreement, Kielty spoke about the effect the murder has had on his life.

The Loyalist assassins had fired on his father’s firm in Dundrum, County Down, at the height of the Troubles.

It was a case of mistaken identity, with the killers believing Jack to be an officer in the IRA, a link that was immediately dismissed by the Royal Ulster Constabulary and family members.

Reliving the moment he was told of the death at the age of 16, Kielty said: ‘It was the very first Red Nose Day and I’d put the posters up all around the school.

‘When I was called to the headmaster’s office, I thought I was going to get told off because I’d plastered the entire school with them.

‘Then I got to his office and one of my dad’s business colleagues was there. That’s when I knew something was terribly wrong.

‘I remember thinking, “I need to get home. How’s my mum? Where’s everybody else?” At the time you don’t realise you’re going through shock.’

Kielty, who is now married to TV star Cat Deeley, was just six days away from turning 17 when he buried his father and served as a pallbearer at the funeral. 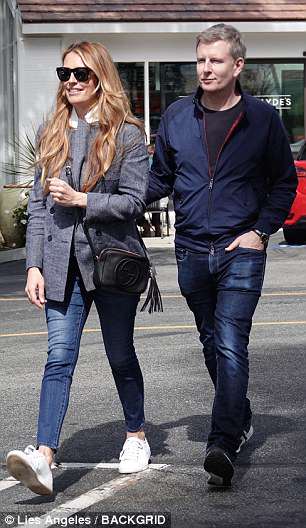 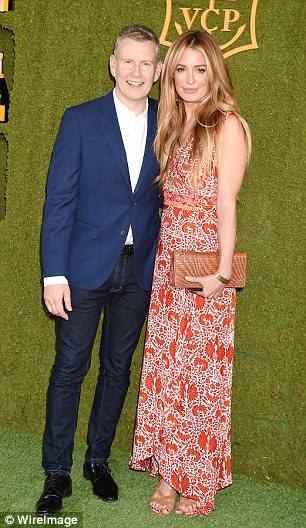 Kielty, who is now married to TV star Cat Deeley (pictured), having met while presenting Fame Academy with Deeley back in 2002

‘At the time you think, “Let’s just get through the next day”. My younger brother Cathal was just 11 at the time and I think it was much harder for him.

‘When you go through something like that, you spend your life making up for other people’s discomfort because they don’t know what to say.

‘But growing up in Northern Ireland you had less of those chats because a lot of people knew what you were going through. There was never anger.

‘It was a case of looking after mum and the family pulling together. The minute you’re angry then someone else has won.’

Speaking about the death in the new BBC documentary, Kielty added: ‘When my dad was killed I honestly believed that peace in Northern Ireland was a pipedream.

‘But the Good Friday Agreement achieved the impossible and largely brought an end to the bloodshed.

‘Even though my dad’s killers were released as part of the process, I welcomed the deal as it promised an end to violence once and for all.’ 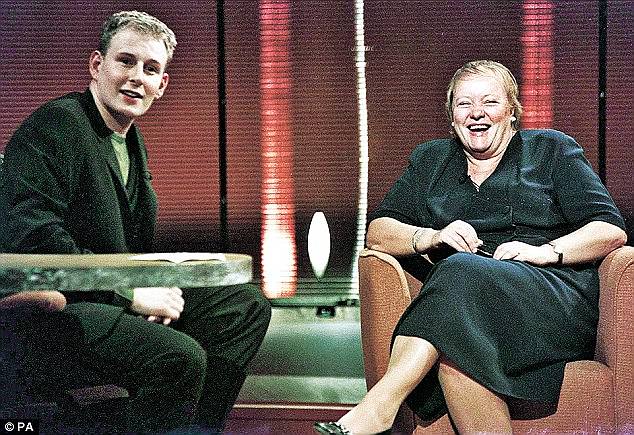 Prior to the events of January 25, 1988, the Kieltys had lived a more or less idyllic existence.

He said: ‘Because my dad owned a business that employed both Protestants and Catholics, and because someone down the road had been shot a year or so beforehand, we were initially told that my dad had been killed as a revenge.’

William Bell, Delbert Watson and David Curlett were eventually sentenced to life for the murder but were freed in 2000 under the terms of the Good Friday Agreement.

‘For me it was absolutely part of the process,’ Kielty said. ‘People talk about making peace, and then they draw their line in the sand and say, ‘I’ll make peace here’.

‘But peace is about going beyond where you want to go. The reason there haven’t been many places where peace has broken out is because people cannot go beyond the place they need to.’

Life eventually moved on. As far as the Kielty family were concerned, the men had been tried and convicted ‘and so we thought that everything was essentially sorted’.

Then three years ago, while doing a show in Belfast, Patrick was approached by a woman who threw new light on his father’s death. 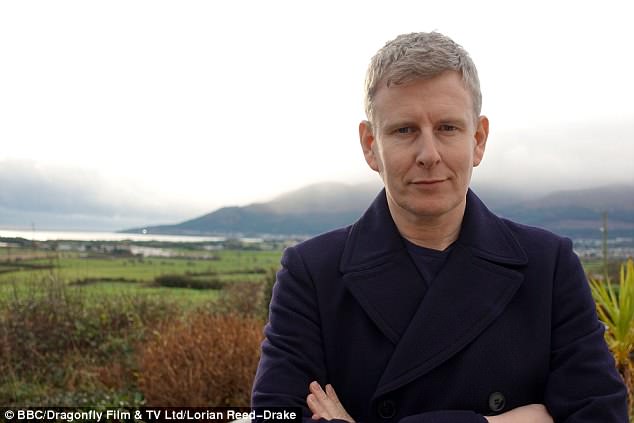 As part of a BBC programme documenting the 20th anniversary of the Good Friday Agreement, Kielty spoke about the effect the murder has had on his life.

Investigative journalist Roger Cook had exposed a local protection racket being run by James Craig, an Ulster Defence Association commander, in his current affairs show The Cook Report, but Craig then tried to sue the programme.

‘This woman told me that her husband and my dad had been going to give evidence in the trial against James Craig,’ says Kielty.

‘And I didn’t know that. Apparently they gave evidence behind a screen but then the trial collapsed and both men were then identifiable.’

It is now claimed that Jack Kielty was shot to send out a warning to others to keep quiet.

Craig was never brought to justice as he was himself shot dead by the UDA a few months later.

‘My dad was a brave man but it was my mum who wanted to protect us. She’s the one who raised the family and kept us together. She was 46 when he died and she never remarried.’