Patrick Swayze’s widow is revealing new details about the late actor’s childhood in a new documentary marking a decade since his tragic death.

Lisa Niemi Swayze – who was married to the Dirty Dancing star from 1975 until his death in 2009 –  claims her mother-in-law, Patsy Swayze, physically abused her husband during his youth.

‘She could be very violent,’ Lisa reveals in the documentary I Am Patrick Swayze, set to air on the Paramount Network on August 18.

Patrick was the second of five children born to Patsy and her husband Jesse, who raised their brood in Houston, Texas.

Patsy was a well-known choreographer and dance instructor, who ran the Swayze School of Dance, which trained several Emmy and Tony-Award winning stars.

Patrick soon began taking dance lessons from his mother at the studio, and Lisa says that Patsy’s perfectionism and high-expectations often veered into physical abuse.

Lisa Niemi Swayze – who was married to the Dirty Dancing star from 1975 until his death in 2009 – claims her mother-in-law, Patsy Swayze, physically abused her husband during his youth. Patsy (left), Patrick (center) and Lisa (right) are pictured together in 1997

In an interview with People magazine to coincide with the documentary’s premiere, Lisa claims Patrick told her that his mother hit him during his childhood.

She told the publication that Patrick often used to tell a story about the day the physical abuse finally ended.

According to People, ‘Patrick privately recounted the story of his 18th birthday when Patsy was ‘laying into him’ before his father [Jesse] told his wife [Patsy] that he would divorce her if she touched their son again’.

‘She never hit him after that,’ Lisa told People.

Patsy herself had also endured a violent childhood, and Lisa labels the perpetuation of behavior ‘an example of what happens in families in a cycle of abuse’.

Meanwhile, Lisa went on to meet Patrick the year he turned 18, following her enrollment as a student at the Swayze School of Dance.

She claimed that Patrick later began to view Patsy more positively once he moved out of home. 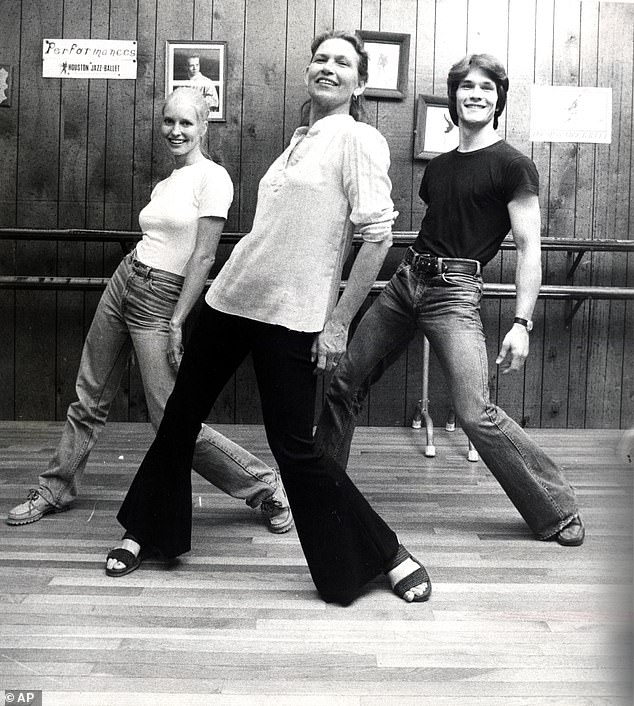 Patsy (center) was a high-profile dance teacher who ran The Swayze School of Dance, where Lisa met Patrick as a student. Lisa, Patsy and Patrick are pictured together in 1978 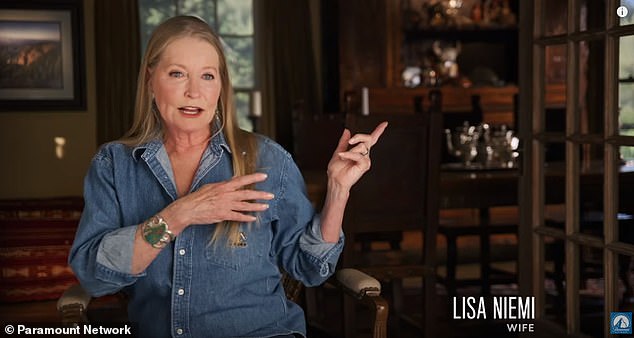 Patsy followed Patrick and Lisa to Hollywood, and she began working as a choreographer in the film industry.

After the death of Patrick’s father, Jesse, in 1982, Patsy became close to Patrick and Lisa, who never had children of their own.

‘Patsy could be extremely critical and negative. But she figured out that if she was going to be around us, she needed to be a little nicer, and that’s what she did,’ Lisa told People. 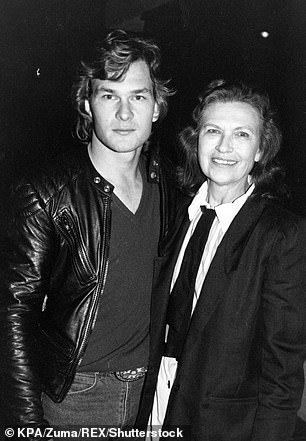 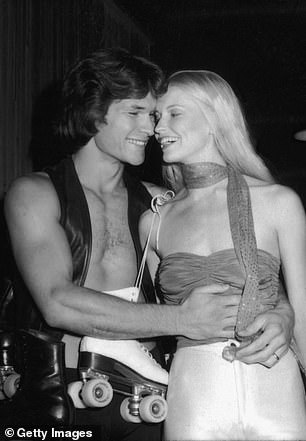 Patrick and Patsy remained close up until the point of the actor’s death from pancreatic cancer in September 2009.

Patsy outlived her son, and still remained close to daughter-in-law Lisa. She passed away from stroke complications in September 2013 at the age of 86.

‘She was a complicated woman, intense and an amazing life force. Patrick absolutely loved and respected her,’ Lisa says of Patsy.

Meanwhile, Lisa has been forced to deny rumours that she herself was also abusive towards her Ghost star husband.

Back in 2016, a source purporting to be a friend of the couple told RadarOnline that ‘Lisa would beat on Patrick’. 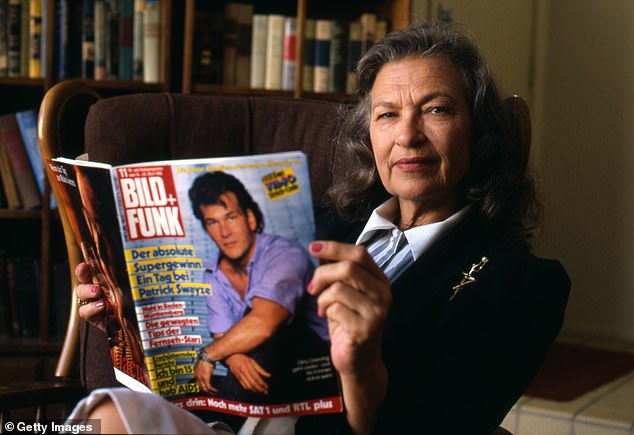 Proud mom: Patsy (pictured) remained close to Patrick up until his death in 2009, despite Lisa’s claims that she had been abusive toward her son when he was a child 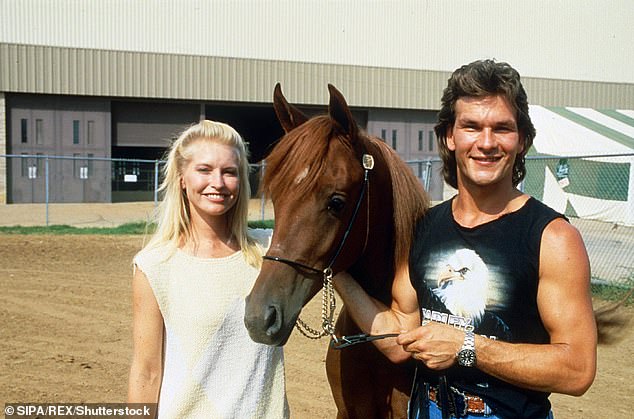 ‘They destroyed hotel rooms, cars, their house …. It was abusive.’

When asked if Lisa would hit Patrick during his cancer treatment, the friend supposedly added: ‘Oh yeah, it didn’t matter. She wouldn’t hit him with stuff — she would claw at his arms and neck. She would punch and slap him.’

‘Cancer bought him from 180 pounds to 90 pounds. She always had to upper hand because he wouldn’t hit her. He was adamant about never ever laying his hands on her’.

Lisa’s spokesperson vehemently denied the allegations to MailOnline at the time, saying: ‘It is categorically untrue. It is that simple.’ 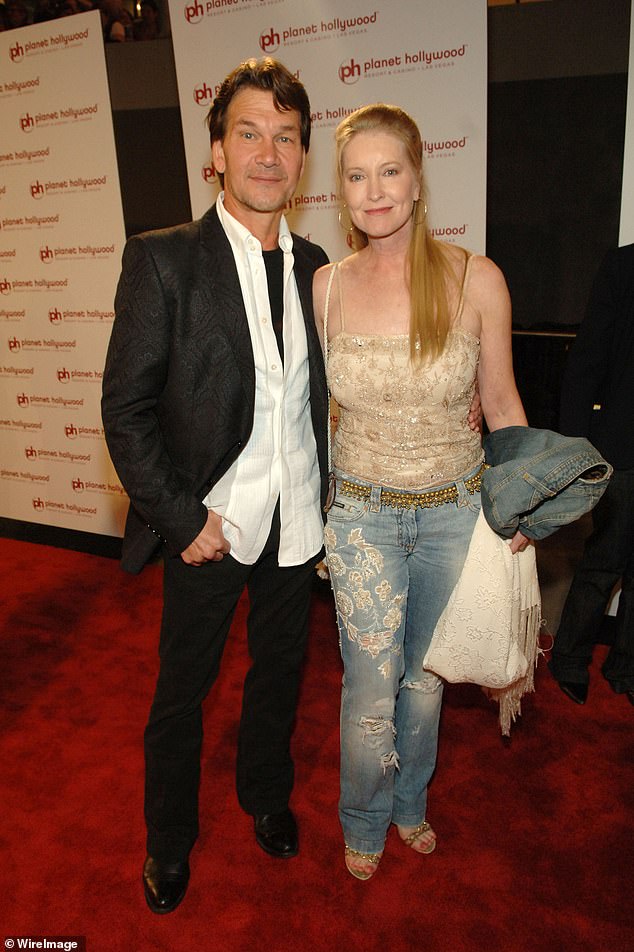 In 2016, Lisa was forced to deny allegations she was physically abusive towards her husband before his death. The couple are pictured together in 2007