The incredible moment a patriotic New Zealander performs the last post on an electric guitar for his local community has been captured on camera.

Shane Bielski, who lives in D’Aguilar on Queensland’s Sunshine Coast played to a crowd of 20 of his neighbours taking part in Light Up The Dawn on Anzac Day.

The Woodford musician established the tradition last year when the Covid-19 pandemic forced Australians to pay their respects from home.

Shane Bielski (pictured), from D’Aguilar on Queensland’s Sunshine Coast played to a crowd of 20 of his neighbours for a makeshift dawn service 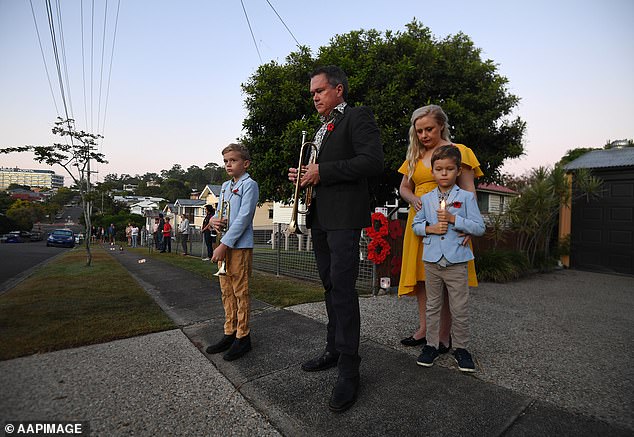 Mr Bielski said he asked residents on Facebook if they wanted to hear him play the last post again this year.

‘I received an overwhelming response from people saying yes do it again’, he told the Daily Mail Australia.

Mr Bielski said his rendition of the last post could be heard from miles away, with people from surrounding suburbs thanking him for the makeshift dawn service.

‘There’s some that can’t make it to the official service because they’re older or their in wheelchairs, but they still want to hear something in the morning’, he said. 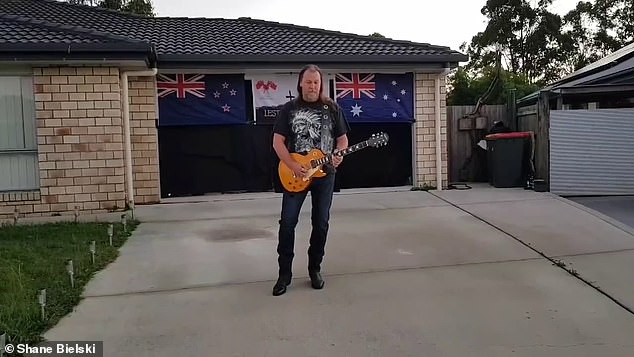 After playing the unique rendition of the last post on his driveway last year, Mr Bielski asked residents if they wanted to hear him play again – and got an overwhelming response 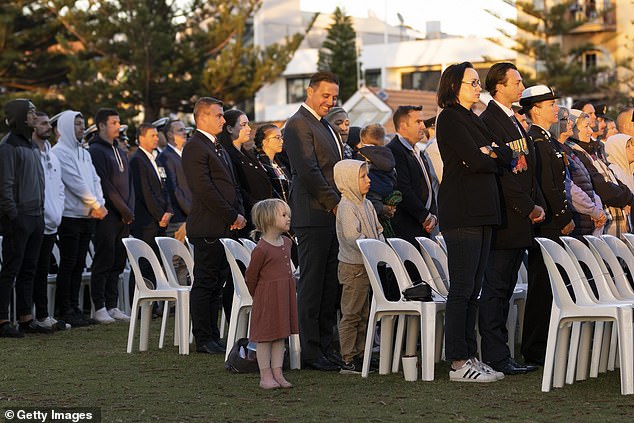 This year services and marches were back with limited crowds in most parts of the country, pictured: People paying their respects at a dawn service in Coogee in Sydney

This year Mr Bielski chose to incorporate lines from the Australian and New Zealand national anthem into his unique rendition.

‘I’m a Kiwi, so I thought I’d use the first line of New Zealand’s national anthem, and the last line of the Australian anthem after I played the last post.’

The guitarist uploaded a video of him playing the last post on Facebook and has received overwhelming support from proud Australians.

‘Well that made me tear up. Different but in a respectful way’, one user shared.

‘Thank you, that was wonderful, brought so many memories and tears to this old lady’, another commented. 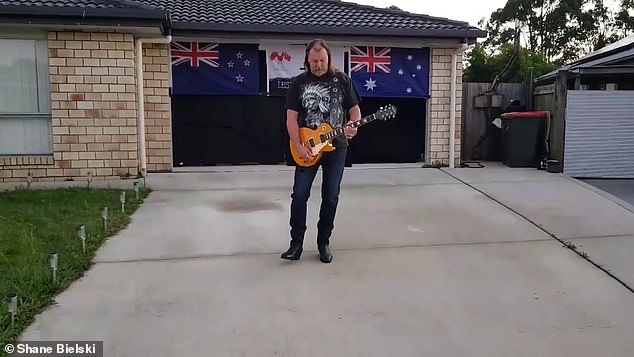 Hundreds of Australians have thanked the guitarist for his rendition of the last post, especially those who couldn’t make it to an official service 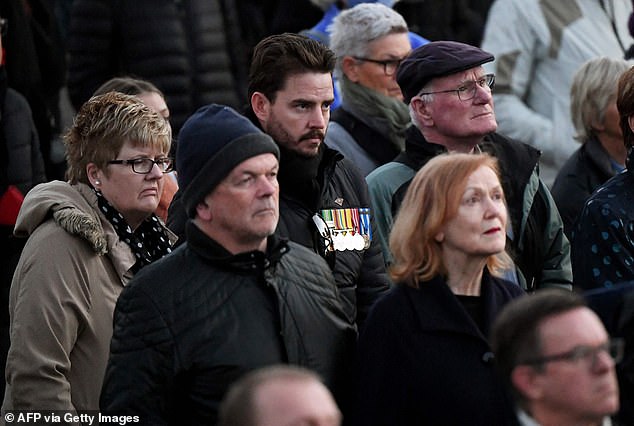 Limited crowds were able to paid their respects at official services due to Covid-19, pictured: Australians at the Anzac Day dawn service at the Shrine of Remembrance in Melbourne

‘Well done, great improvisation as only Aussie’s can do’ a third said.

Mr Bielski said he’s up for playing again next Anzac Day, as long as he gets the green light from his community.

Sunday marks the 106th anniversary of the landings at Gallipoli, a campaign which ultimately cost more than 8,700 Australian lives.

Services and marches are back with limited crowds in most parts of the country, with many Australians choosing to pay tribute at home by standing at the end of their driveways at dawn.

Only services in Western Australia’s Perth and Peel regions were cancelled after a hotel quarantine outbreak led to community virus transmission and the imposition of a three-day lockdown.