They carried Brian’s coffin out of the church to Part Of The Union, the satirical Strawbs single from the Seventies which became the unofficial anthem of the TUC.

You used to hear the song played over loudspeakers on picket lines everywhere, from Longbridge, in the West Midlands, to Linwood, in Renfrewshire.

And where there was a picket line, Brian Nicholson wouldn’t be very far away.

He made a name for himself as a shop steward in the London docks, rising through the ranks to become chairman of the Transport and General Workers’ Union, then Britain’s biggest with almost two million members.

When I landed in Fleet Street in the late Seventies, I was introduced to Brian by our mutual friend Derek ‘Del’ Horn, a young official with the rival General & Municipal Workers’ Union.

This was the high watermark of union domination in Britain.

The reckless Winter of Discontent ushered in a Conservative government in 1979, led by Margaret Thatcher, and Arthur Scargill’s suicidal decision to call a national miners’ strike without a ballot brought about a crushing defeat for the once-mighty trades union movement.

In the early-to-mid Eighties, the Labour landscape was changing rapidly. The party was being infiltrated by extreme Left-wing agitators, most notably Militant Tendency (prototype for today’s Momentum).

Brian — who served with the King’s Royal Rifle Corps — was an old-fashioned industrial hardliner, a barrack room lawyer, far more interested in improving the pay and conditions of working people than starting a revolution.

He became so disgusted with the antics of Militant and other hard Left factions, that, along with a few like-minded brothers-in-arms, he set about seizing back control of both his union and the Labour Party.

Unlike today, in the Eighties, Labour still had a sizeable, patriotic, moderate core, grounded in the ranks of unions like the engineers and electricians, who were prepared to use their muscle to save the party they loved.

Neil Kinnock may have finally plucked up the courage to take on Militant’s figurehead Derek Hatton, but his famous speech at the Bournemouth conference was two years overdue.

Gullible fools might fall for Peter Mandelson’s boast that he pretty much reinvented Labour single-handedly. But it was union leaders such as Brian Nicholson, Terry Duffy, Bill Jordan and Eric Hammond who did the heavy lifting and the hand-to-hand fighting. Mandelson merely arranged the flowers and plumped the cushions.

As I’ve written before, I was there and played a small walk-on part helping to expose Communist and Trotskyite entryism.

Brian was pivotal to Labour’s revival, capturing control of the TGWU and using its mighty block vote to rout the hard Left and support the adoption of more moderate policies reasonable people could actually vote for.

It may be an exaggeration to say that without Brian Nicholson, Tony Blair couldn’t have become leader and eventually Prime Minister. But Brian and others prepared the ground, put in the hard yards — often in the teeth of fierce hostility from former comrades. 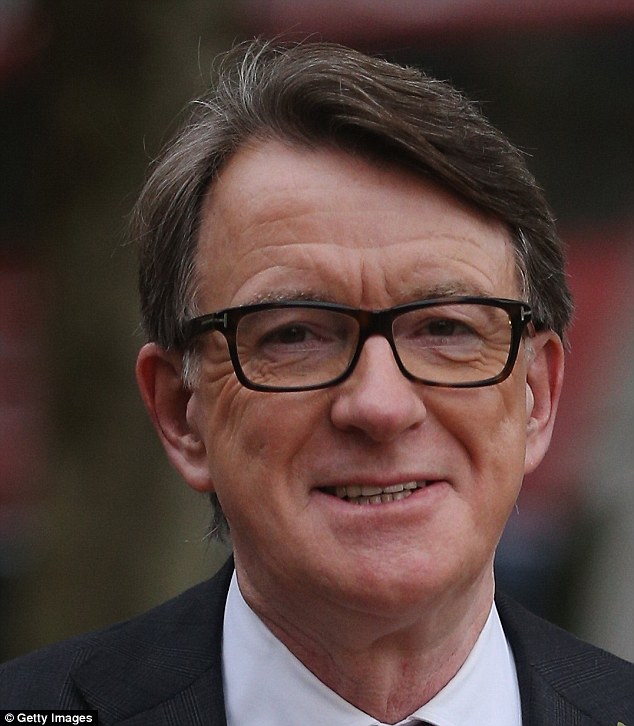 Somehow you can’t imagine Labour’s latest line-up of lightweight Blairites getting involved in brawls with a bunch of Trots at a branch meeting above a boozer in Bermondsey on a wet Wednesday night. Most of them run a mile from a hostile Tweet.

When I travelled to Liverpool with a colleague to write about Militant, Brian told me afterwards that everywhere we went he had arranged for us to be shadowed by a couple of big lads from the local docks riding shotgun, just in case things turned nasty. Exhilarating times, certainly. I loved every minute. Afternoons were spent plotting with Brian, Del Horn and others, in the kind of downstairs drinking clubs which inspired the Winchester in Minder. Come on, it was the Eighties.

These were the days of week-long, smoke-filled, drink-fuelled Labour conferences, thrumming with heated arguments and passionate debates. Delegates were drawn from the docks, factories, breweries and bus garages.

Today’s truncated party gatherings are like conventions of insurance salesmen, bereft of fun and fury in equal measure. You’re more likely to encounter a middle-class media consultant than a miner.

OK, so the world moves on. But if I’m coming over all nostalgic and sentimental, you’ll just have to bear with me.

As you’ve probably gathered from the first paragraph of this column, Brian Nicholson died recently, aged 85. It was his funeral on Tuesday, attended by family and friends.

So I’ve been in reflective mood for the past few days.

One thing which struck me at the church was that — despite Brian having been a pretty significant figure in the history of the modern Labour Party, and having given his life to the movement — there appeared to be no one officially from the party or his old union. Labour is always banging on about comradeship, community and solidarity, so you might have expected that someone would turn up to mark Brian’s passing.

Labour is always banging on about comradeship, community and solidarity, so you might have expected that someone would turn up to mark Brian’s passing

The church is only just down the road from Jeremy Corbyn’s constituency, and a black cab ride away from Labour’s London HQ.

Even though Brian had had a few differences with some of his comrades over the years, he stayed in the fold and campaigned for Corbyn at the last election.

Still, Labour is a different animal these days. Back in the Eighties, Militant was a noisy fringe organisation, admittedly one which was doing the party’s reputation enormous damage.

There were strong men and women and independent trades unions prepared to take them on.

Today, Momentum runs the Labour Party. The TGWU, electricians, engineers, building workers’ unions — which led the resistance to Militant — have all been absorbed by the behemoth Unite, a super-union controlled by ‘Red’ Len McCluskey, who pulls Corbyn’s strings and bankrolls Momentum.

(When I first came across McCluskey, he was one of Derek Hatton’s hangers-on in Liverpool.)

Frankly, I can’t see any immediate way back for moderate Labour MPs. Where are the modern-day Brian Nicholsons prepared to do their dirty work? 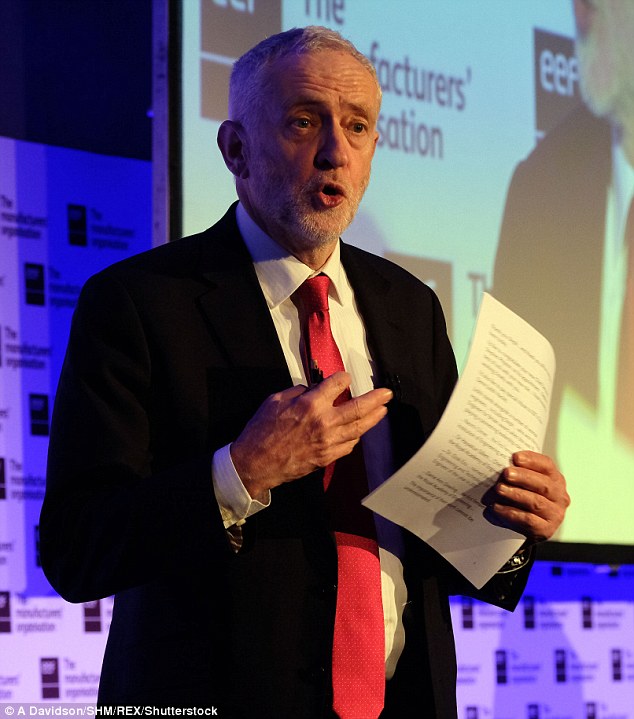 Strange to think we now know that when Brian and other old-school socialists were battling in the mid-Eighties to restore some sanity to Labour and make it electable, the current leader of the party — Jeremy Corbyn — was consorting with Eastern Bloc agents

Strange to think we now know that when Brian and other old-school socialists were battling in the mid-Eighties to restore some sanity to Labour and make it electable, the current leader of the party — Jeremy Corbyn — was consorting with Eastern Bloc agents.

Of course, spooks have always taken a keen interest in Labour and the unions. Brian Nicholson had his own MI5 file during a national dock strike which threatened to bring the country to its knees in 1970.

That sounds about right. But even if Brian was an MI5 agent, which I doubt, at least MI5 were on our side — unlike Corbyn and Co’s chums in the KGB and Czech secret service.

Still, although it was a sad occasion, Brian’s funeral brought back happy memories. He was a proper union man, just like Del Horn, who started as a gas fitter before becoming a full-time G&M official.

Brian stayed in the East End, running a social club for ex-dockers and their families. Del retired to Spain.

There’s a footnote to all this. The last time I spoke to Del was a few weeks ago when I rang to tell him that Brian had passed away. He wasn’t able to make it back for the funeral, but I assured him I’d be there.

On my way home from the church, I called to talk him through the service, the faces in the congregation and the absentees. He didn’t answer.

When I got home, I checked my emails. There was one from a lady called Brenda, a neighbour of Derek and his wife Susan, telling me that Del had died on Valentine’s Day. He was 70.

There’s a Kinks’ song called Come Dancing, a lament for times lost, which contains the line: ‘The day they knocked down the Palais, part of my childhood died, just died . . . ’

That’s how I felt on Tuesday night. Two in one day. They’d knocked down the Palais. If not my childhood, then certainly some memorable years of my life flashed before me.

Farewell Brian and Del. They may be gone, but they’ll always be part of the union.