New England Patriots owner Robert Kraft ripped Donald Trump’s criticism of NFL player protests as being ‘divisive and horrible’ during a private meeting in October, explaining that did not believe that the President’s intentions were ‘in the best interests of America.’

Kraft, a longtime friend and supporter of Trump, was meeting with fellow owners and a group of players in New York to discuss the ongoing controversy over players protesting inequality and police brutality against minorities by kneeling or sitting during the national anthem.

At one point during the October meeting, according to a recording obtained by The New York Times, Kraft can be heard asking to address ‘the elephant in the room.’

‘The problem we have is, we have a president who will use that as fodder to do his mission that I don’t feel is in the best interests of America,’ said Kraft. ‘It’s divisive and it’s horrible.’ 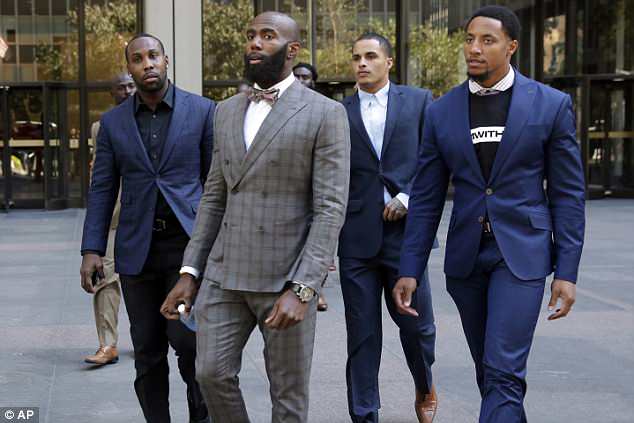 Trump routinely referenced the issue in Tweets and to ignite crowds during speeches, going so far as to refer to protesting players as ‘sons of b******.’

NFL commissioner Roger Goodell has insisted it is the league’s belief that ‘everyone’ stand for the anthem, but has not instituted any rule compelling players to do so.

Philadelphia Eagles owner Jeffrey Lurie warned those present at the October meeting not to get into a war of words with Trump, whose supporters grew critical of the NFL as the league’s ratings declined for the second consecutive season.

‘We’ve got to be careful not to be baited by Trump or whomever else,’ Lurie said, according to the Times. ‘We have to find a way to not be divided and not get baited.

​’Another fact I want to throw out there,’ he reportedly continued. ‘Many of us have no interest in supporting President Trump. Yes, there are some. There are some players who do, too. 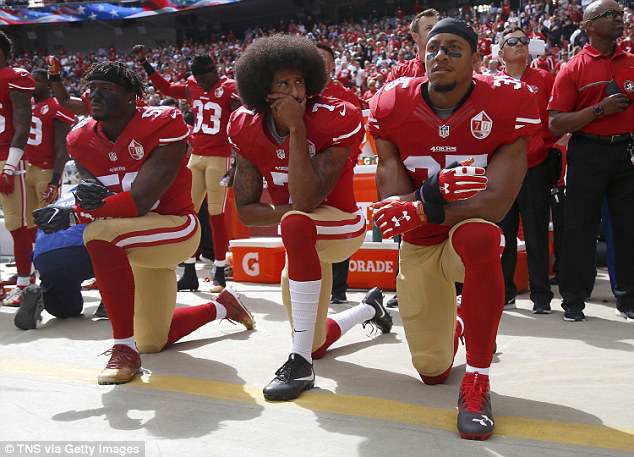 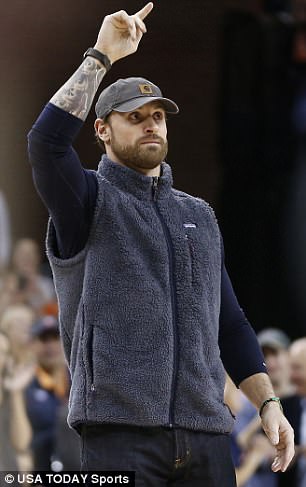 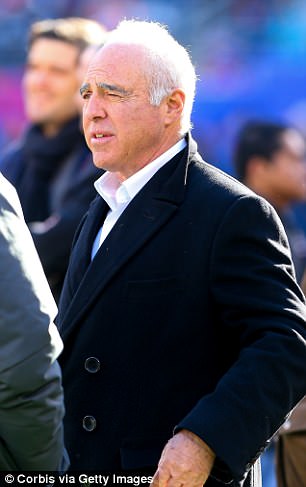 Philadelphia Eagles defensive lineman Chris Long (left) reportedly said if Kaepernick ‘was on a roster right now, all this negativeness and divisiveness could be turned into a positive.’ Eagles owner Jeffrey Lurie (right) made it clear to those in attendance that he did not support Trump 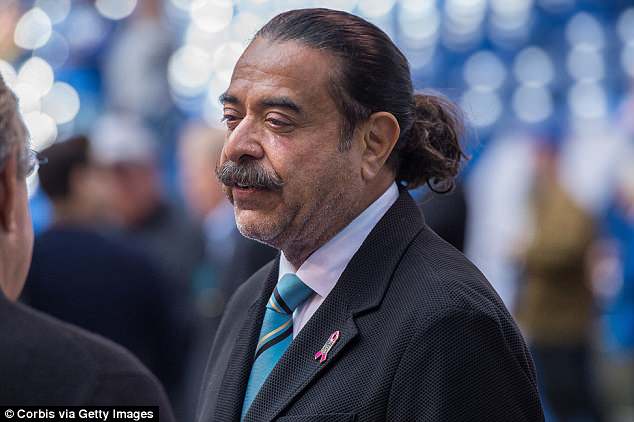 Jacksonville Jaguars owner Shahid Khan told those present that he believed Trump had run out of ammunition against the league, and it wasn’t worth forcing players to stand if they wished to protest. ‘All the damage Trump’s going to do is done,’ he said

‘But this is not where you brandish a group of people because they own assets in a sport we love, supporting what many of us perceive as, you know, one disastrous presidency. Don’t quote me.’

Jacksonville Jaguars owner Shahid Khan told those present that he believed Trump had run out of ammunition against the league, and it wasn’t worth forcing players to stand if they wished to protest. 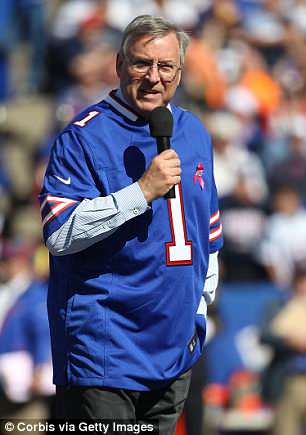 ‘All the damage Trump’s going to do is done,’ he said.

According to the report, the owners were fixated on the anger coming from large numbers of fans and sponsors over the protests.

The players in attendance, meanwhile, were concerned with the issues being raised by the protests and the status of free agent quarterback Colin Kaepernick, who started the demonstrations during the 2016 NFL preseason.

Anticipating his release from the San Francisco 49ers in March of 2017, Kaepernick opted out of his contract and has gone unsigned ever since – leading him to file a lawsuit accusing the NFL and all 32 owners of colluding against him in retaliation for the controversial protests.

‘If he was on a roster right now, all this negativeness and divisiveness could be turned into a positive,’ Philadelphia Eagles defensive lineman Chris Long said at the meeting.

Then-49ers safety Eric Reid, who was wearing a t-shirt with Kaepernick’s name, defended his embattled friend.

Buffalo Bills owner Terry Pegula – who outbid Trump for the team in 2014 – said he believed the NFL should find a compelling spokesperson to explain the league’s charitable efforts aimed at social change.

Several owners reportedly expressed an interest in presenting a unified front with the players, with the Miami Dolphins’ Stephen Ross going so far as to suggest that the players ‘march on Washington.’ 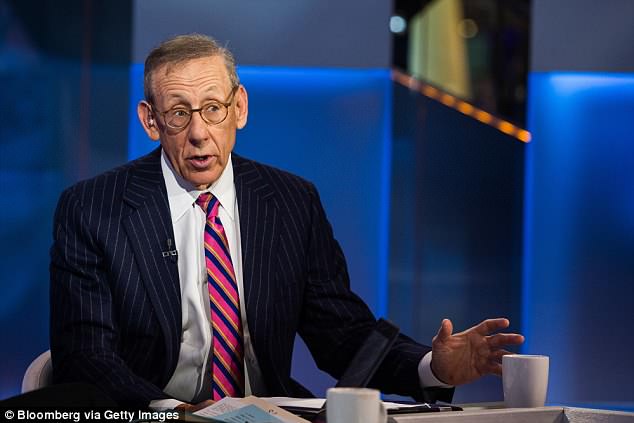