She was swiftly sent home from the Celebrity MasterChef kitchen last week after her canned tuna and lamb stew failed to impress fastidious judges Gregg Wallace and John Torode.

But singer Patti Boulaye may have had an excuse for her lacklustre performance.

Not long after filming the episode, she collapsed. The 63-year-old was rushed to hospital, where doctors quickly discovered she was suffering from severe dehydration.

Recalling the hours before the crisis, Patti, who shot to fame after winning the talent show New Faces in 1978, reveals: ‘I’d rushed from the MasterChef studios across London on the Tube to a performance and had been sweating heavily in the hot kitchen all day. I got on stage, began singing and felt cramps spreading up my legs.’

As the show wore on and the cramps reached her chest and neck – causing an intense ‘squeezing’ sensation – she even feared she was having a heart attack.

‘Backstage after the show, I started having spasms and screaming in pain. I really thought this was it and I was going to die.’

Her terrified husband Stephen called an ambulance and Patti was rushed to the Chelsea and Westminster Hospital. Doctors suspected she might have a blood clot or tear in an artery and admitted her to intensive care, before discovering the real cause of her distress.

‘When they told me dehydration was the reason for all this fuss I felt both relief and shame,’ she says. ‘I thought “you stupid girl” when I realised I’d barely drunk anything all day.’

Patti realised that despite working in a hot kitchen and then rushing to her cabaret show Billie & Me, she had drunk just one small bottle of water all day.

She admits: ‘I have never been fond of water – I’ve never been keen on the taste. Looking back, for years I had been getting by on three or four cups of tea a day – and very little else. I had no idea I was risking my health.’ 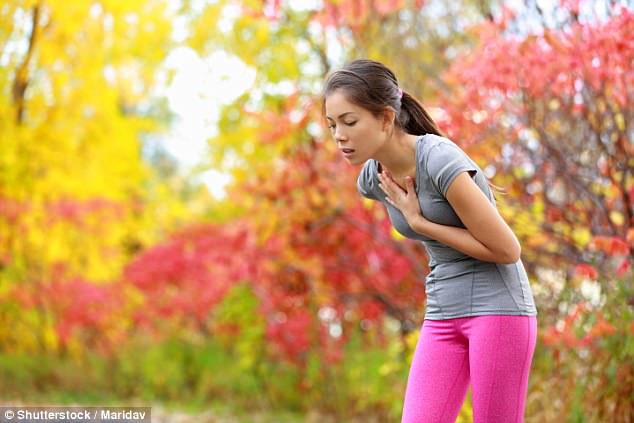 In hospital, Patti was put on intravenous fluids and her symptoms quickly improved. ‘I couldn’t believe how much better I felt,’ she says.

In fact, dehydration is a huge problem, particularly in older people – thousands of Britons over the age of 65 are hospitalised every year because of it. This is because severe dehydration is a medical emergency and requires fluids to be restored through a drip, as Patti had. It also increases the risk of falls and urine infections.

Symptoms of severe dehydration include feeling unusually tired or confused, dizziness upon standing that doesn’t pass after a few seconds, not passing urine for about eight hours, a weak or rapid pulse and even seizures.

If untreated, over time the severe lack of water in the body can cause loss of consciousness and delirium, damage to the kidneys and an increased risk of kidney stones, and cause constipation and a host of other health issues.

Duane Mellor, a spokesman for the British Dietetic Association, says: ‘Often, when we get older incontinence can be a problem. This can lead to people being scared to drink. In reality, a lack of fluid can irritate the bladder and disrupt the normal signalling process that tells you when you need the loo and increasing the feelings of urgency.

‘With age, the thirst response can also be blunted, so you’re less likely to have the urge to drink.

‘We should all be aiming for six to eight glasses of water a day. Tea and coffee count as part of your daily fluid intake. Caffeine is a diuretic, but if you drink the same amount all the time, your body gets used to it and the effect disappears,’ he said. We also get fluid from food and a rough indicator about your level of hydration is your urine colour – it should be straw-coloured. 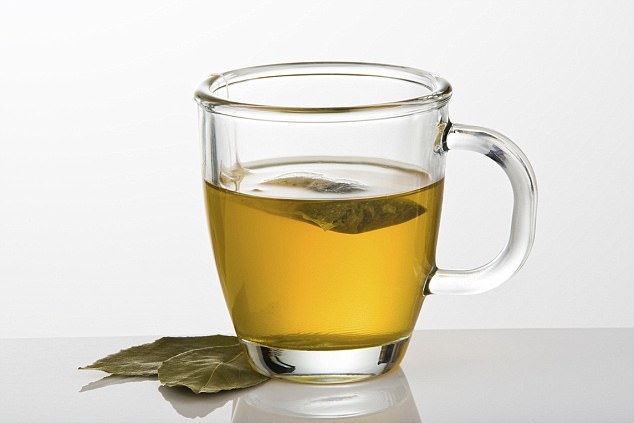 Duane Mellor, a spokesman for the British Dietetic Association, says: ‘Tea and coffee count as part of your daily fluid intake’

Patti was discharged from hospital the following afternoon. She says: ‘Drinking lots of water, I also managed another performance of my show that evening.’

Since the incident in March, Patti, who lives near Windsor, has become religious about staying hydrated.

‘I have a bottle of water with me all the time,’ she says. ‘My skin is better, my hair is better, and my eyes look bright. My general health is much better, too – I used to suffer from constipation but that has improved enormously.

‘I’ve no idea how I got away with drinking so little for so many years. So I’ve got Celebrity MasterChef to thank for changing my health habits for the better.’