England assistant coach Paul Collingwood heaped praise on Ben Stokes and Brendon McCullum after another enterprising day of Test cricket against Pakistan, insisting they were ‘two guys willing to risk everything to make sure this game survives’.

As baffled local journalists quizzed him about the wisdom of Stokes’s declaration, which left Pakistan to make 343 in four sessions on a Rawalpindi pitch that has refused to break up, Collingwood said England had the wider picture to consider at a time when the Test format is fighting for its life.

‘It’s magnificent in terms of the bigger picture,’ he said. ‘When Baz and Ben took over, the number one priority was to make Test cricket entertaining, like T20 has been. 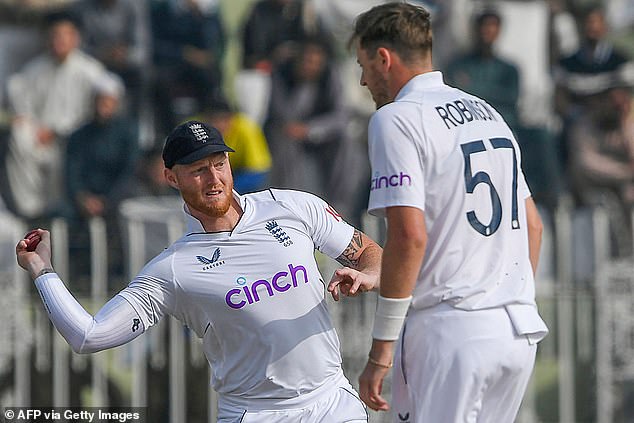 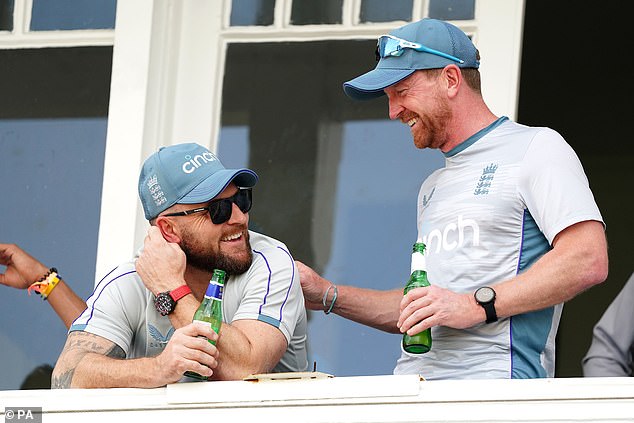 ‘When you ask players what they want to play, it’s Test cricket, but we have to make it more entertaining. We already feel like pioneers. The way we’re bating is putting opposition under pressure. It’s exciting to experience. If the by-product is winning, so be it. If we lose and it’s been exciting, it’s still a win for Test cricket.’

‘There’s no shame in losing if you put yourself in a position to win. We’re not here to draw: we’re here for results.’

Collingwood played the last of his 68 Tests for England during the victorious 2010-11 Ashes campaign. Later that year, a team captained by Andrew Strauss and coached by Andy Flower rose to the top of the Test rankings. 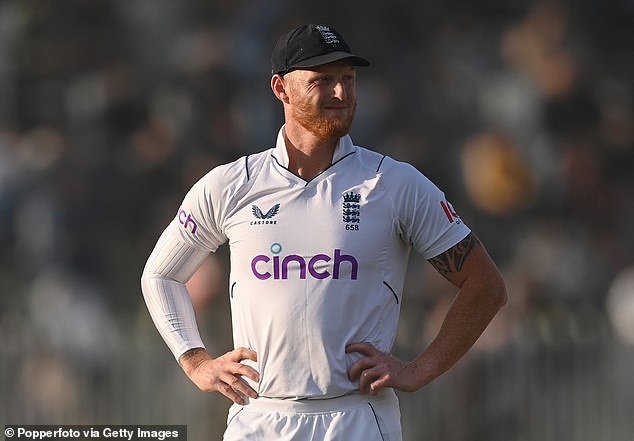 England could still lose the game, but Collingwood said there is ‘no shame’ if they are trying to win the game

But their style of play was chalk to the current team’s cheese. Not even with Kevin Pietersen in the side did they manage 218 in a session, as Stokes’s side did on the fourth day.

‘In my day, we were always worried about the consequences,’ said Collingwood, ‘like ringing the wife or what you guys would say. But they’re bringing the fun back into it.

‘Sometimes I think it’s crazy, in a good way. I would never have come up with some of these ideas, but it’s great to see. When it comes off, it’s genius. When it doesn’t, so be it.’ 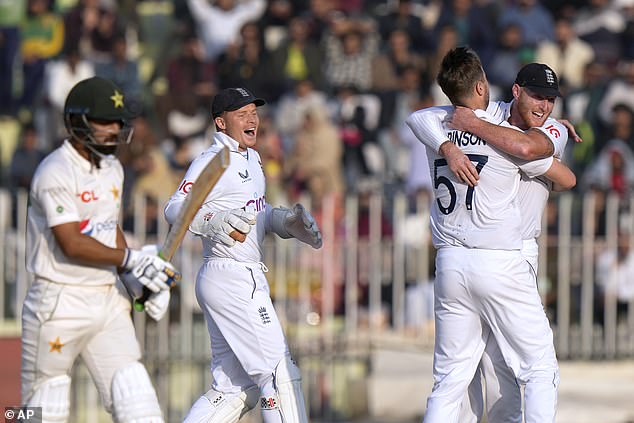 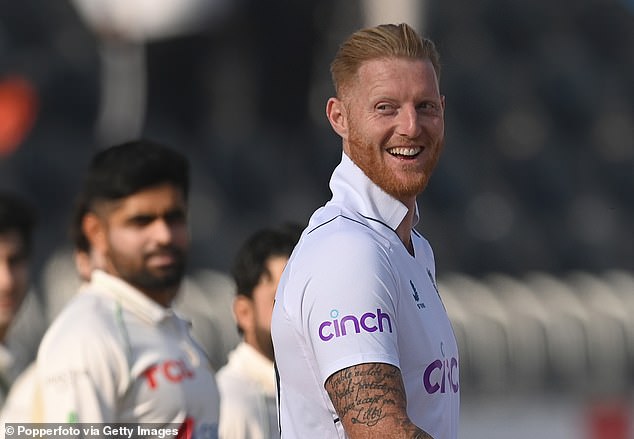