Furious Paul Gallen storms out of press conference after blasting his opponent for not facing the media last week: ‘I’m not going to f***ing promote him’

Paul Gallen stormed out of the press conference ahead of his fight with Kris Terzievski after blasting his opponent for not showing up at a media event last week.

The former NRL star and Terzievski collide in Newcastle on Wednesday night with the ANBF Australasian and vacant Australian heavyweight titles and both faced the media in Sydney on Monday.

‘One thing that has frustrated the c**p out of me the last 20 minutes sitting here is I’ve heard three or four blokes talk about the publicity they’re going to get,’ Gallen said as he took the microphone after the boxers on the undercard had spoken.

‘Now that’s my job to provide a platform for them, to get them out, Kris you’ve done nothing to sell this fight. Nothing.

‘There was more media at the media day the other day than an NRL grand final. You didn’t turn up because it didn’t fit in your schedule, so I’m not going to sit here for one more minute and f*****g promote him.’

The 40-year-old then fired an ominous warning to his opponent, as he stood up and walked across the table to Terzievski. 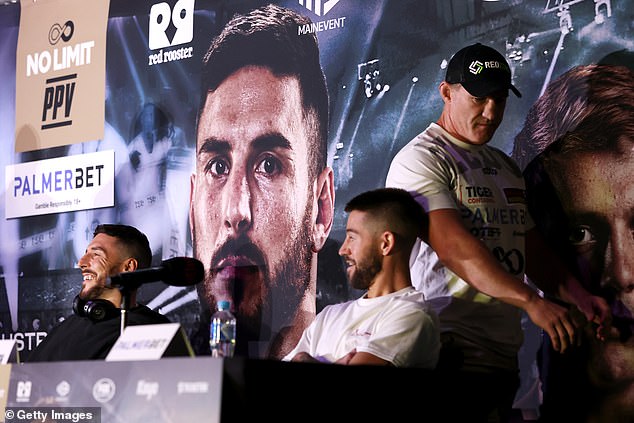 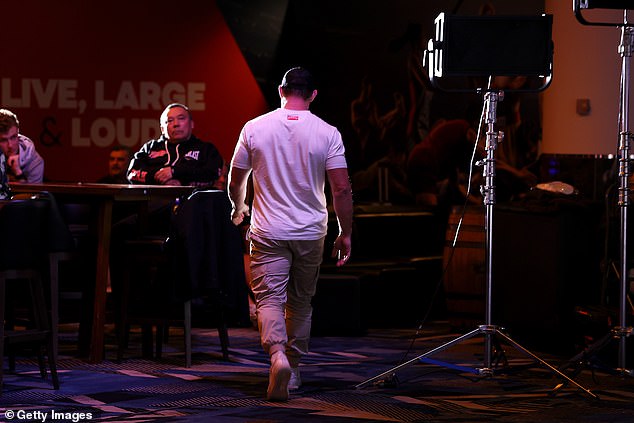 The former Australia and New South Wales star then dropped his microphone and stormed out of the room much to the bemusement of his rival.

‘Good on you, Paul, that was real staunch,’ Terzievski said.

‘He caught me off-guard, I didn’t expect that.

‘But good on, Paul. But like I said, you drink out of mud, you don’t fall into it. So he can do what he wants and I’ll welcome it.’ 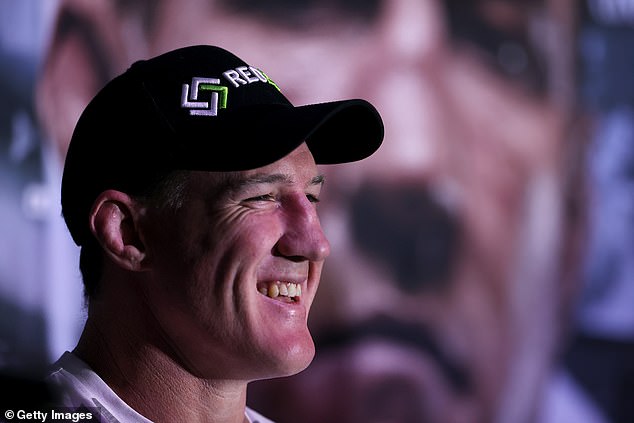 Gallen has cranked up his trash-talking by several notches in the lead-up to the fight, describing Terzievski as ‘weak’ and ‘dumb’ and a ‘soft c**k’ last week.