Paul Green was found dead in his garage just one day after his son’s ninth birthday as his shattered family speak out following the loss of the beloved NRL figure.

The 49-year-old was found unresponsive at his home in Brisbane after 10am on Thursday. Queensland Police said the circumstances of his death were ‘not suspicious’ and a post-mortem will be carried out.

Green leaves behind his wife Amanda and children Jed and Emerson.

Former North Queensland Cowboys chairman Laurence Lancini – who hired Green as coach of the side in 2014 –  said he was a ‘broken man’ after hearing the news.

‘I just feel totally devastated, I believe it was his son Jed’s birthday yesterday,’ he told News Corp Australia. 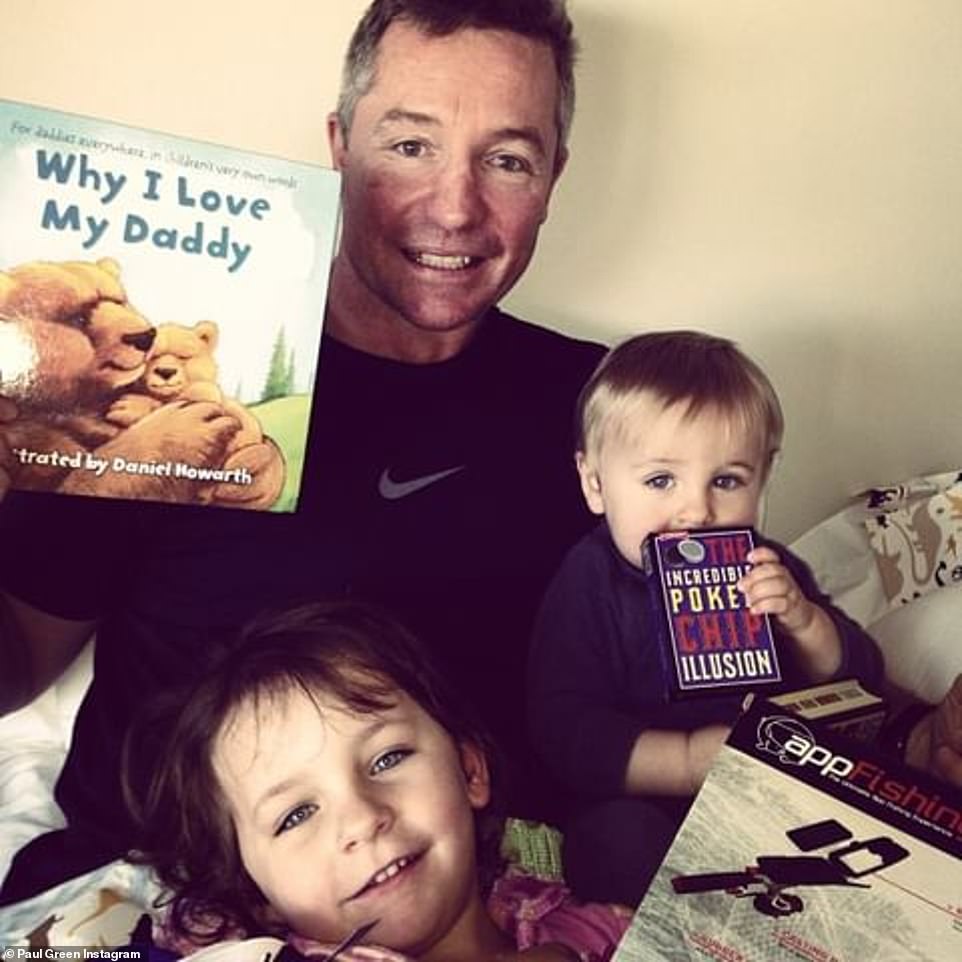 Devoted dad: Green is seen with his daughter Emerson and son Jed in this file photo. ‘Today we are devastated,’ the family said in a statement 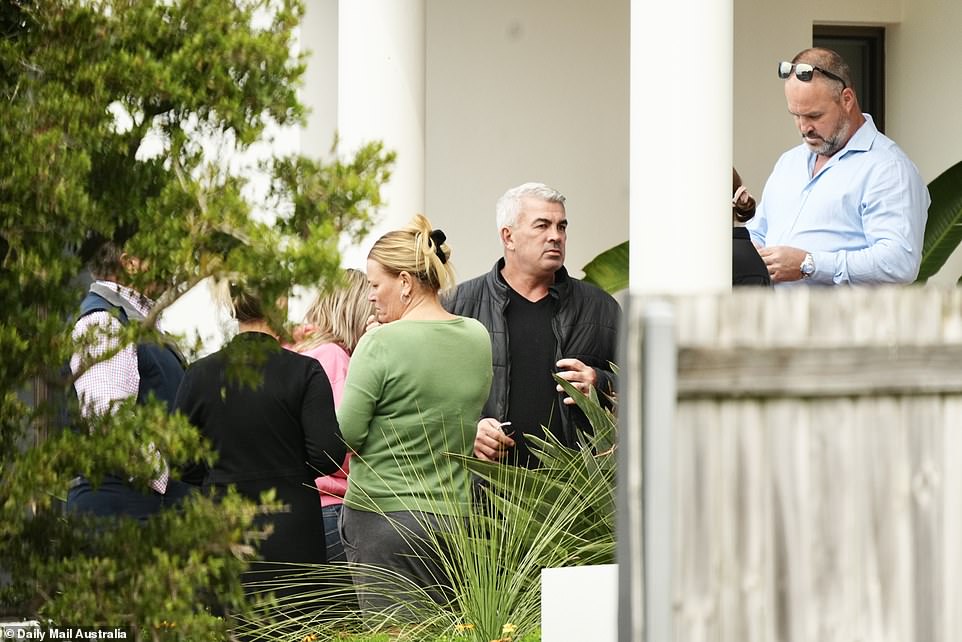 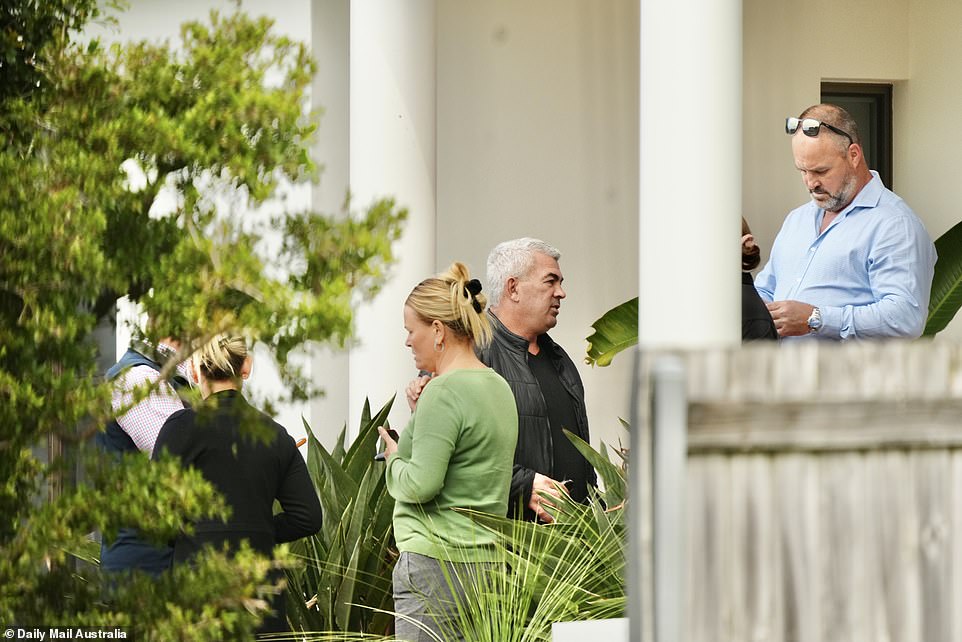 Green’s family released a statement on Thursday saying they were ‘still trying to understand this tragedy’. Green was found unresponsive in the family home’s garage

”Today we are devastated. We cannot find the words that would come close to expressing our feelings, however we would like to extend our thanks to those who have reached out with their love and support.

‘Paul was so loved by so many and we know that this news will generate immense interest, however at this time we ask for privacy. Our family is still trying to understand this tragedy.’

Dozens of family and friends gathered at the family home this afternoon to pay their respects, former Broncos legend Andrew Gee among them.

The death of the former halfback – who took out one of the sport’s highest awards as a player when he collected the Rothmans Medal in 1995 – has thrown the footy world into shock and mourning.

He was in Sydney last weekend for a reunion for the Cronulla Sharks, the team he starred at halfback for from 1994 to 1998, guiding them to the 1997 Super League grand final. 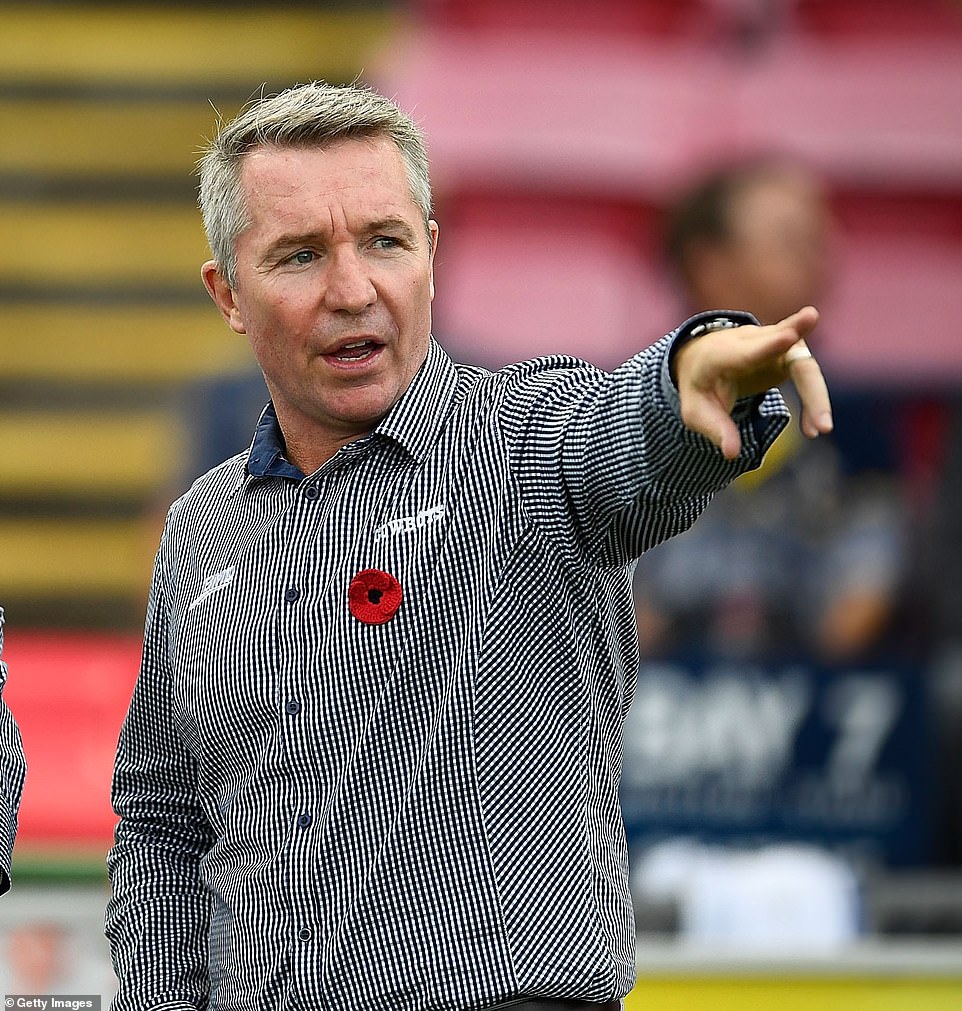 Green was a star as both a player and coach, taking out one of the game’s highest honours when he won the Rothmans Medal in 1995 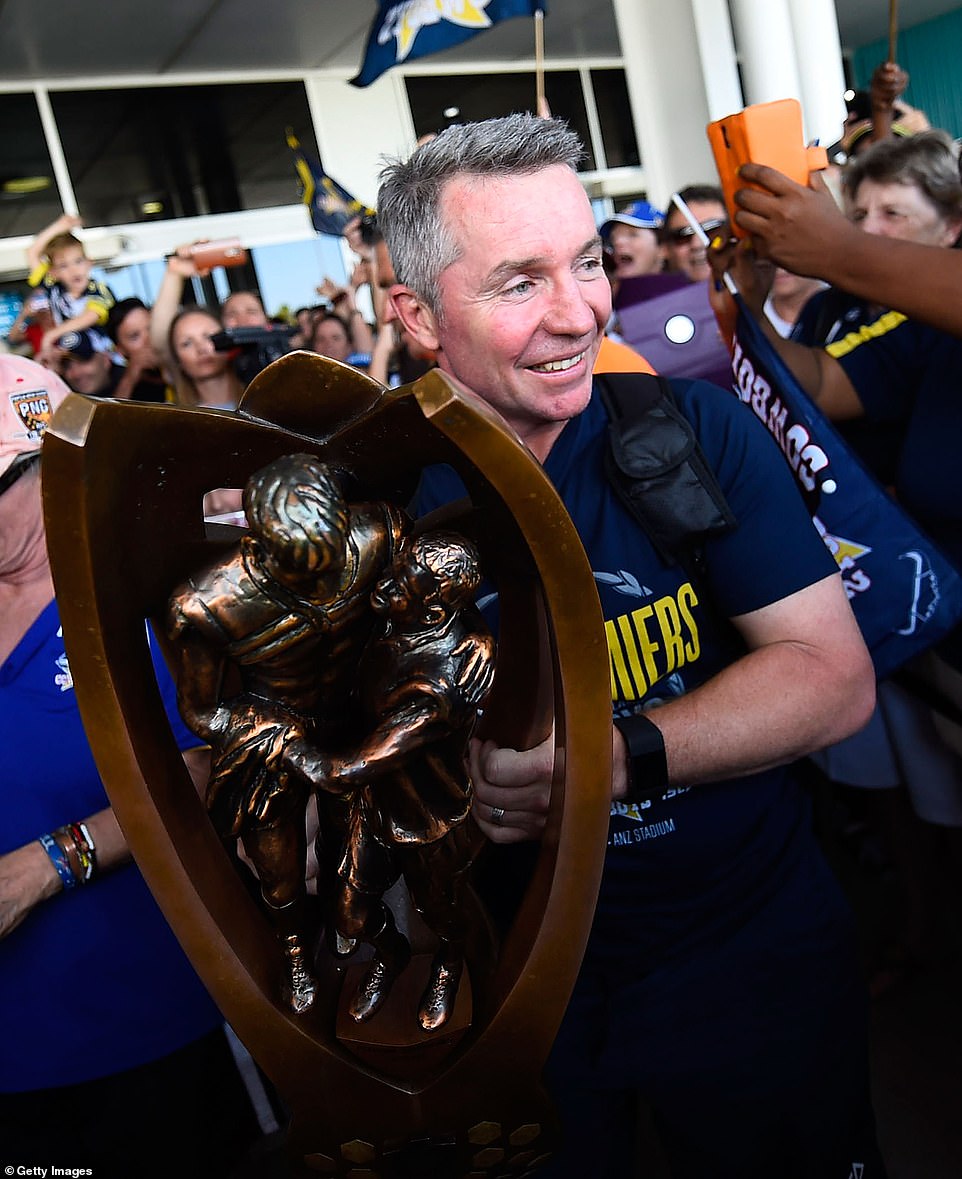 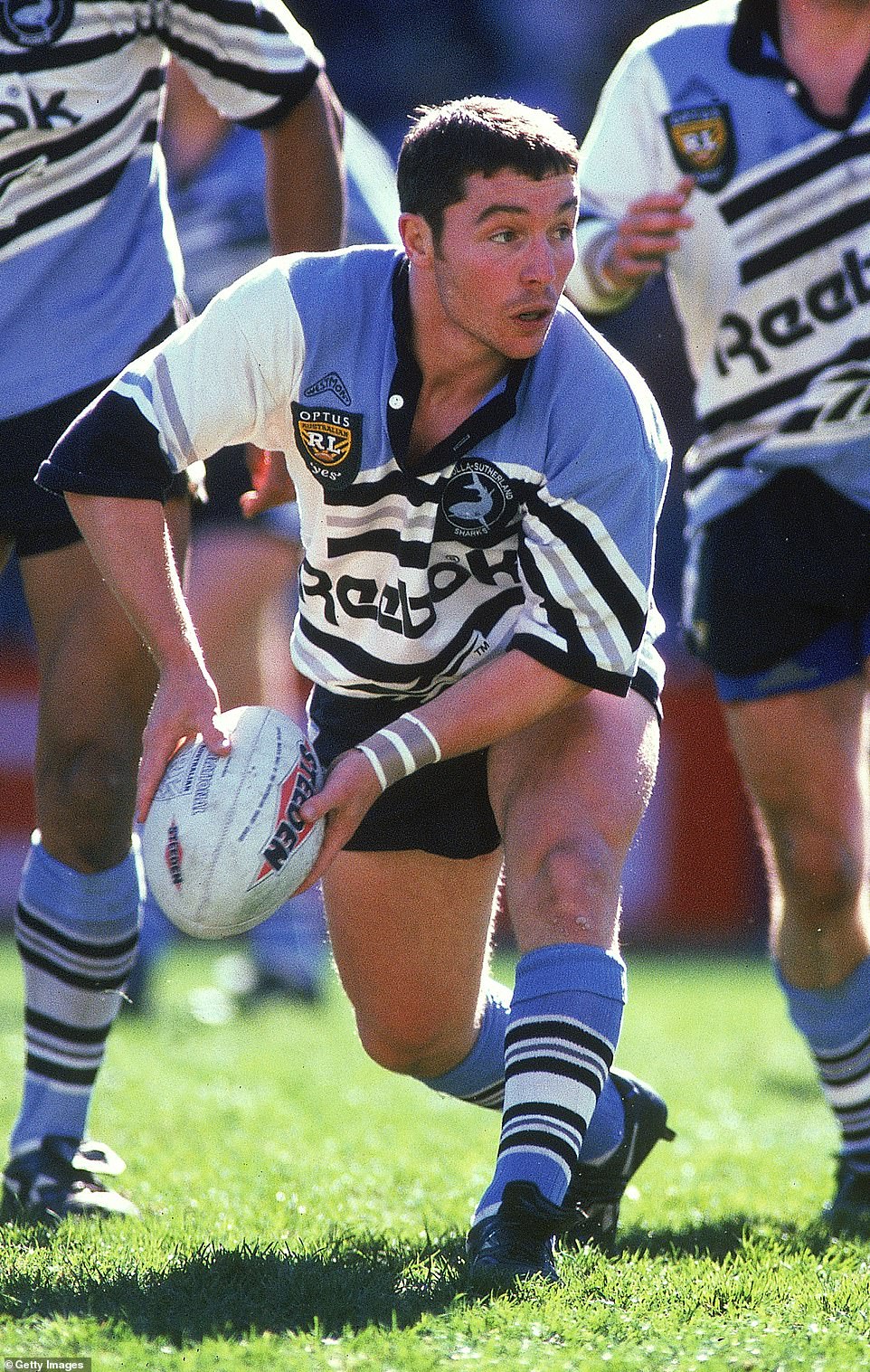 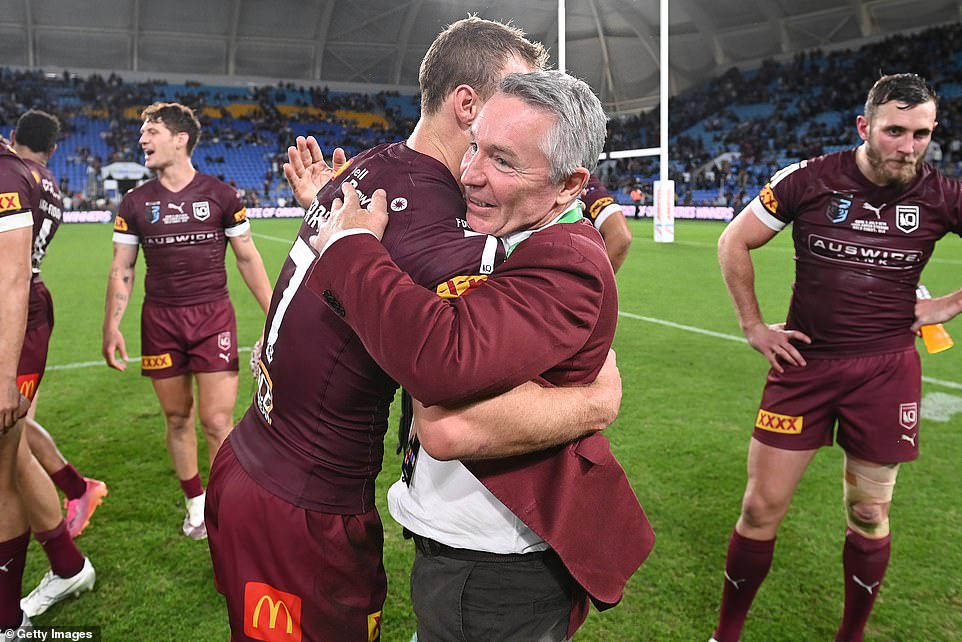 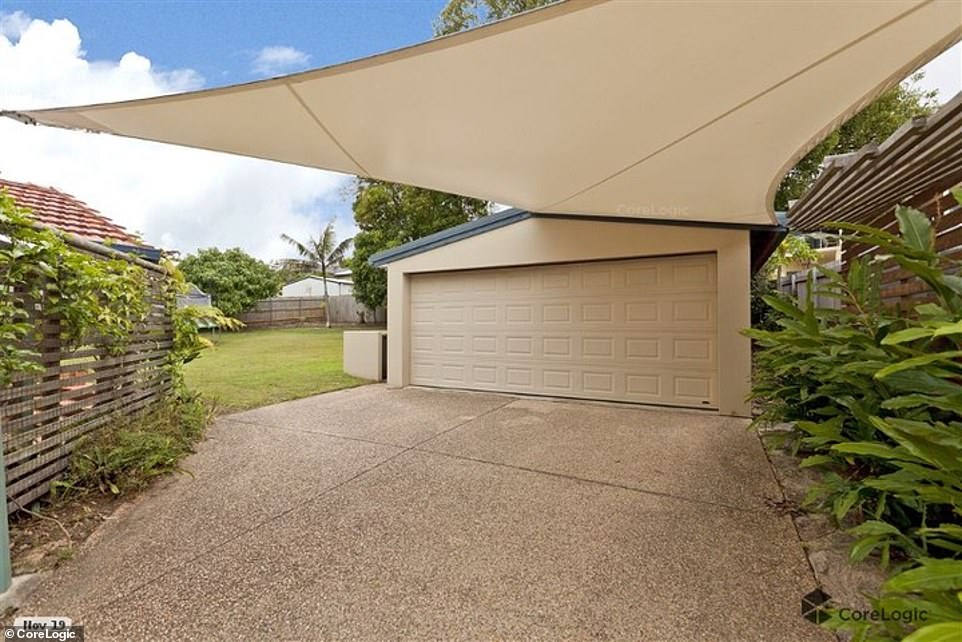 Cameron Munster, Xavier Coates and Viliame Kikau are among those due to take to the field on Thursday evening – hours after learning of their former coach’s death.

He joined dozens of iconic Sharks stars doing a lap of honour around PointsBet Stadium before their match against arch-rivals St George Illawarra for Old Boys Day  last Saturday night – appearing in good spirits during a short interview.

Green was also a part of the Sydney Roosters’ 2002 premiership-winning squad, before finishing his playing days at Parramatta and Brisbane.

‘This is so sad. Paul was a close mate, we moved to Sydney together in 1993….the beginning of an outstanding playing/coaching career,’ he wrote.

‘My sincere condolences to Paul’s wife, children and his dear mum and dad. Rest In Peace mate.’

We are deeply saddened at the tragic passing of Queenslander and former Bronco, Paul Green.

A legend on and off the field gone far too soon ❤️ pic.twitter.com/wTe4pe1bvw

‘So sad to hear of the passing of Paul Green. I enjoyed some time with him recently & he was in great spirits and looking forward to the next phase of his life,’ he wrote.

The Sharks and Cowboys champion’s passing is another shocking loss to the Australian sporting community following the deaths of Australian cricket legends Rod Marsh, Shane Warne and Andrew Symonds – a good friend of Green’s – earlier this year.